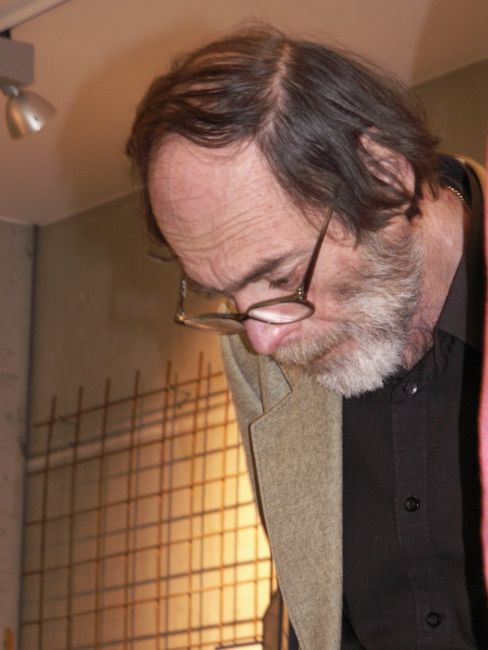 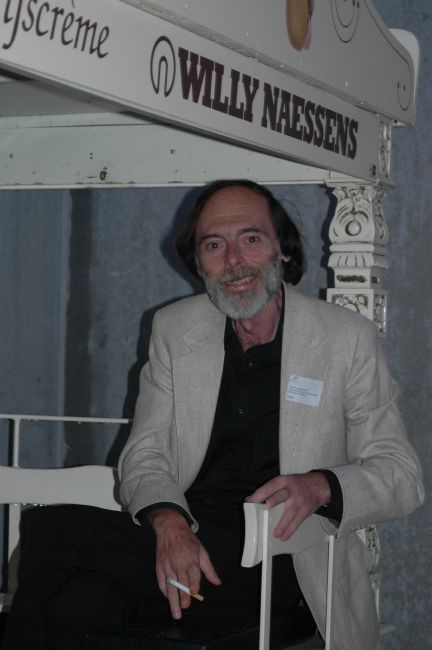 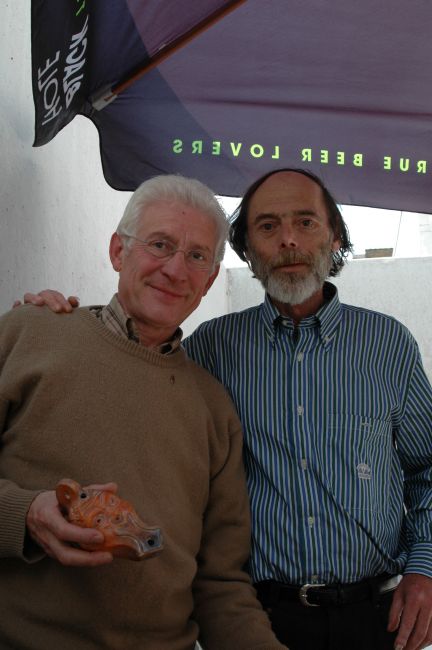 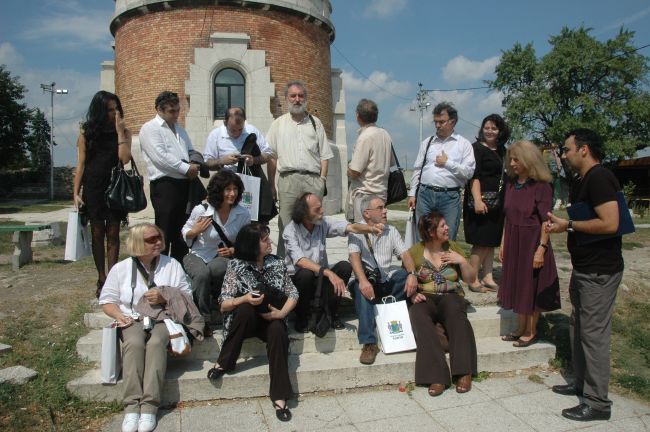 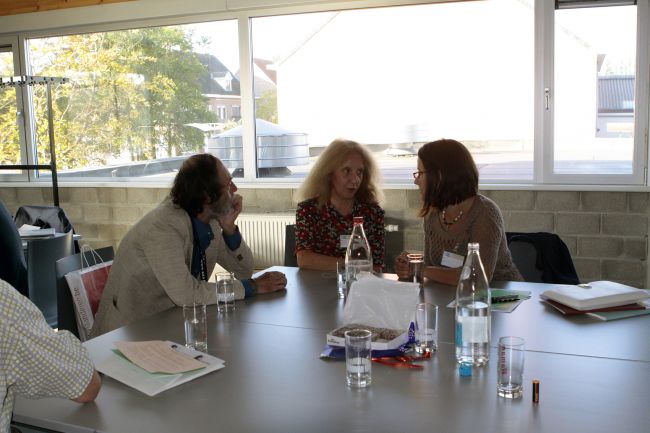 Friday the 16th of December our friend Branko Najhold passed away. Branko was the founder and organizer of the Zemun cartoon contest in Serbia. He was a great fan of cartoon art and was a great friend of a lot of international cartoonists.

About the contest of Zemun he had a few strong principles: the contest was only on invitation and you could only be a jury member for once. Together with his wife Bojana he realised some great cartoon exhibitions with limited means.

Our president, Rudy, did meet Branko for the first time in 2007. It was the start of a lot of exchanges between Branko and the ECC.  Branko attended the opening ceremony of the ECC that same year and in 2009 he was jury member of the Euro-kartoenale Kruishoutem 'Sand, Pebble and Gravel' .

Branko and Bojana were the hosts of the 3th cartoon museum meeting that took place in Zemun in 2011 and he was a year later in Kruishoutem again for the 4th edition of the meeting and the birthday party of the ECC.

This summer Branko was so proud that he finaly got a great place to create a cartoon library in Zemun.

Branko was not only a great cartoon lover, he was interested in a lot of things, as in history and archeology and in African Art. A wise and very nice man. I will remember him as 'an observer', a person that likes a great discussion and the man with the eternal sigaret in his hands.

Branko did reach the age of 69 years.

We will miss him! 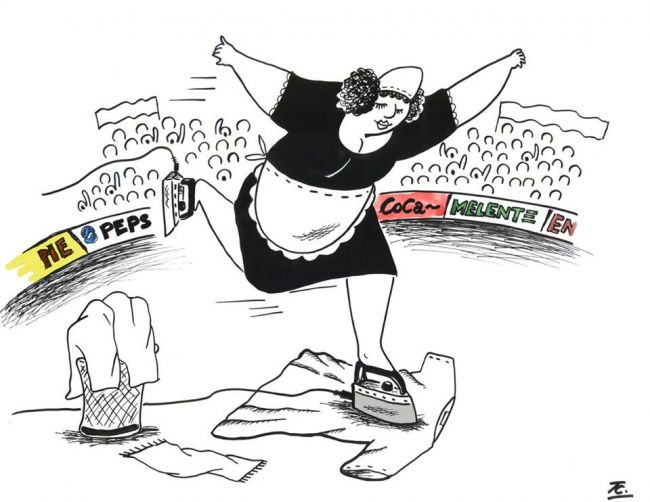 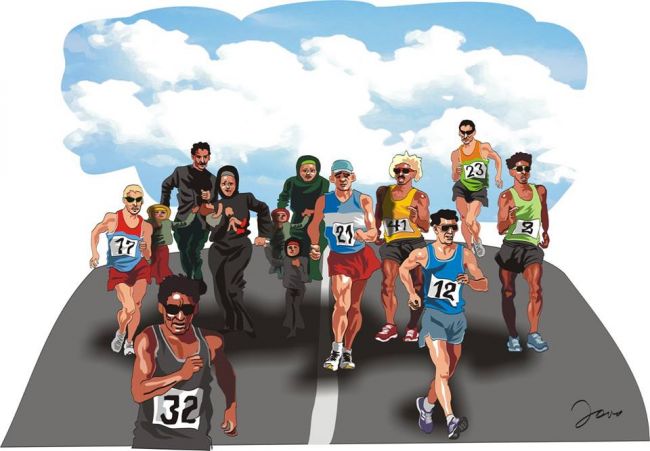 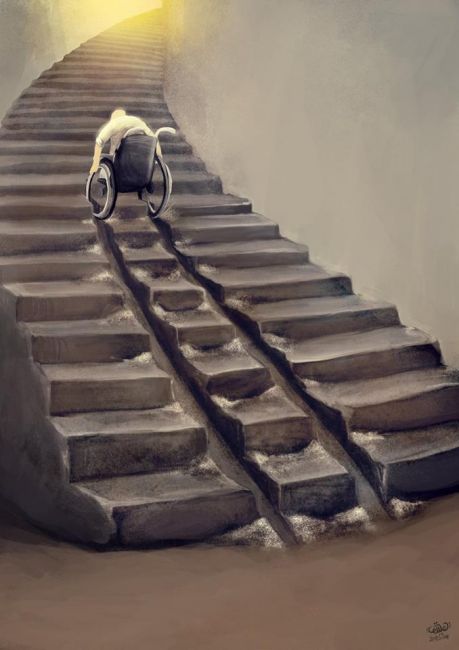 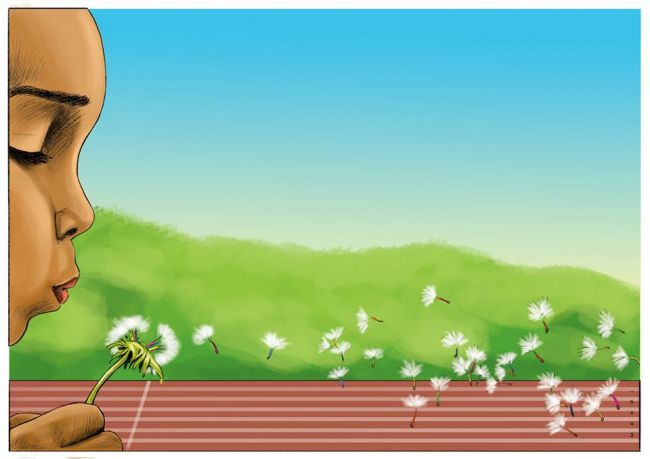 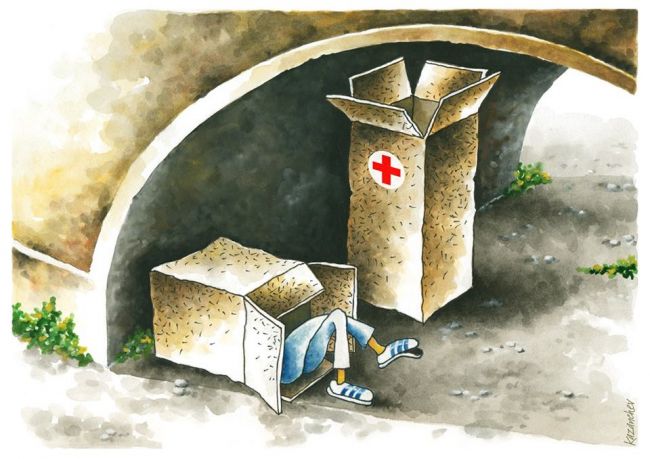 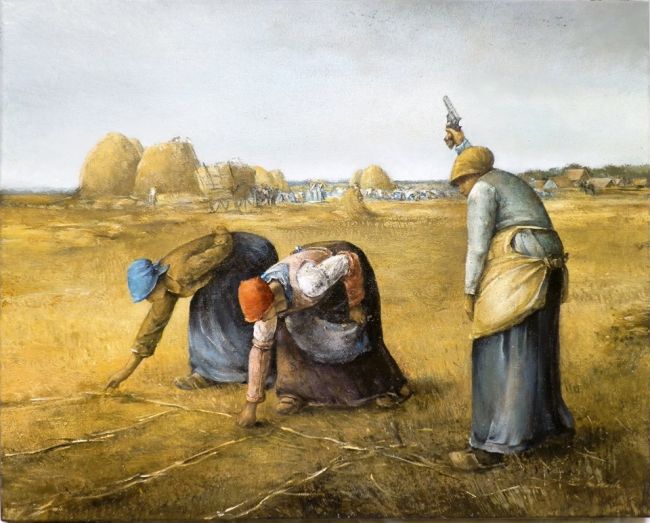 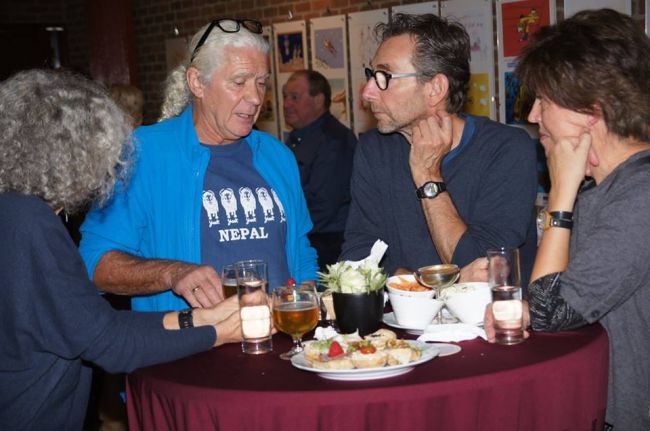 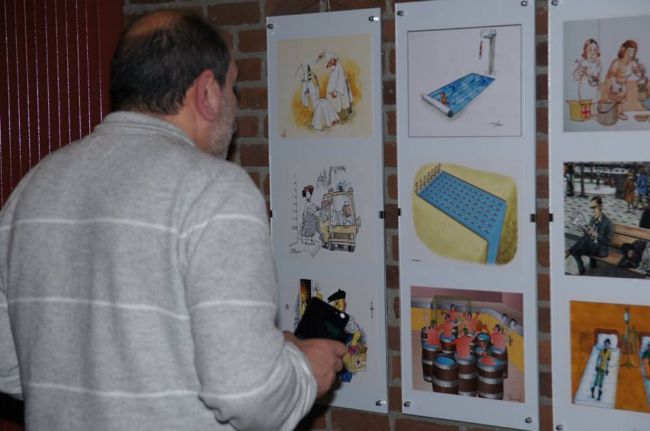 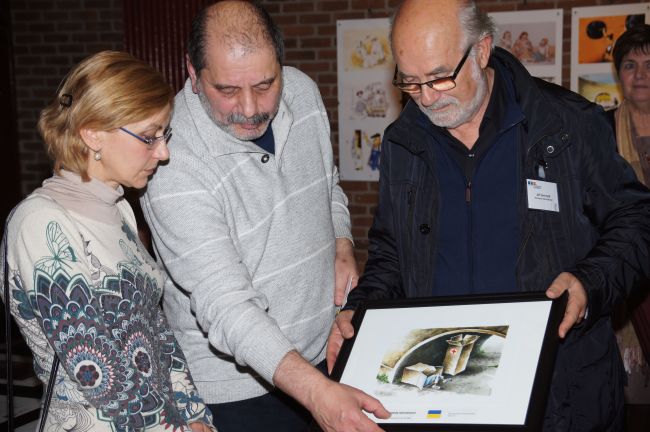 Sport from start to finish, sports as a game, as a run-up to Olympic records, was good for 340 participants, 55 nationalities and 1089 entries.
220 cartoons responded the call for Medical attention for Everyone, the Amnesty International theme.
Most of the cartoonists now know the prospects of digital participation although some still have problems with the upload process.

From the entries, some coming from Afghanistan and Macau, new regions for the Kartoenale, 10 were selected after intens consideration. Unfortunately not one author turned out to be a Belgian.

In the Youth category the first prize goes to Yi Lin Yuan. She is a pupil in the youth academy in Beijin China, already well known to us. So it seems that also in the Far East it is a common expression: Win by a nose.
Second place we find Rojina Fetanat from Iran who painted a weight lifter in trouble.
The third prize is for the beautifull Cobra-like painting of Melissa Emily Welsh from Istanbul, Turkey. She travelled all the way together with her mother from the crossroads between Europe and Asia to Olen to collect her prize. Amazing.
The last Youth laureat is Nina Khmelyova from Russia whose smart chameleon is an exceptional idea.
Sponsor Decathlon came with three additional prizes for children of our region who delivered their creative piece of work in the shopping-mall.
Mia Loper, what's in a name, Nikita Tas and Sarah Van Mol reached the podium.
In their wake followed deserving youngsters from Brasil, China, Egypt, Iran, Israël, the Netherlands, Servia, Spain, Turkey and Belgium.

In the adult section Tawan Chuntra from Thailand wins the Tin Jar. His skating ironer or striking skater represents the inital idea of a sports amateur.
The Copper Jar goes to Jovo Skomac from Serbia who catches the grinding actuality of the fugitives. Some run for victory, some just hope to reach save ground.
The earthen Jar travels to Mojtaba Heidarpanah in Iran. His cartoon represents the perseverance that makes outstanding performance possible.
His compatriot Mehdi Azizi gets the Inktpot, the press prize. His entry illustrates the youthful imagination, hope and optimism in a very poetic way.
We hand over the A.I.prize to Konstantin Kazanchev from Kiev in the Ukraïn.
His cartoon is the synthesis of the theme in demand. Clenched together in a simple but brillant design.
Thanks to the good care of Rita and Herman on one side and Jef on the other, Konstantin could enjoy the cultural highlights of Tongerlo/Westerlo, Antwerp and Leuven. It was so different from the misery his country is ended up.
With a manipulation of Jean-François Millet’s 'Gleaners' into a sports event, Karolina Gmiterek wins the prize for the best Polish entry distributed by the Pomerian town of Bialogard.

The coming to Olen of both Melissa and Konstantin heartens the organisors, the sponsor and all the other invitees. That too was the idea of our alderman of the cultural department, Riet Smits, who, by means of some smutty jokes, turned the rather formal ceremony into the typical Olen way of doing.
After the prize delivery ceremony it was about time for the winner of the Kartoenale Photo and Bike Quest to collect a splendid design bycicle from the local but world wide reputated Norta factory.
For this quest, the 6th edition already, bikers must locate 60 photographs over a 30 kilometer long traject. Part of these photographs must be linked with cartoons from te Kartoenale collection. This event during summer, makes a connection between sportive recreation, tourism and the art of cartoon.

Everytime Belgian cartoonists are not present in great numbers it is a little unfortunate.
But it is always a great help to see the delegation from Kruishoutem that never fails to join the prize delivery ceremony. Rudy Ghijsens, his daughter Saskia and Fernand Vogels, the initiator and inspirators of the European Cartoon Centre Never fail in Olen.
Kruishoutem is a somewhat small place where, apart from a three stars restaurant, isn't much to see at first sight. Much alike Olen.
In cartoonland however, the village has the aura of a temple of caricature art, a bit like Rome is for the religious. From all over the world artist frequent the centre, keep exhibitions, attend colloquia on the cartoon matter and so on.
The exhibition in 2014 on War cartoons inspired by the Great World War was without exaggeration world class.
Thank you friends for your presence.

Behind the scenes we already started for the next edition.
Main theme is Agriculture, the cultivation of vegetables, crops and fruit.
For Amnesty International we keep the main theme: Human Rights, obvious but never
forever acquired.