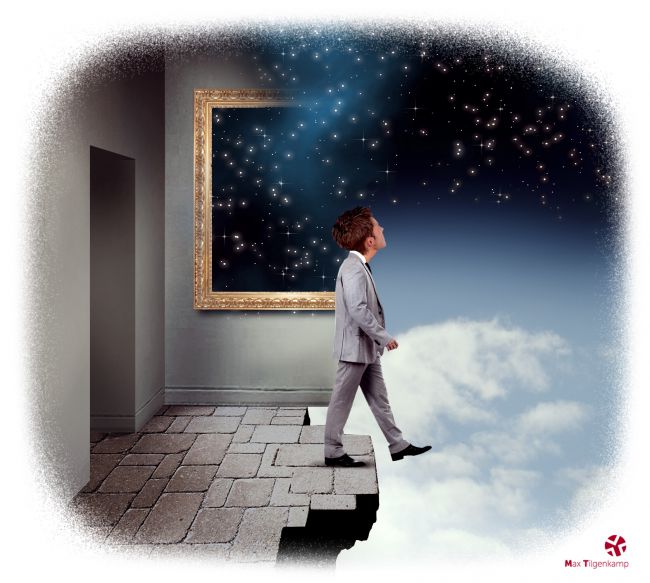 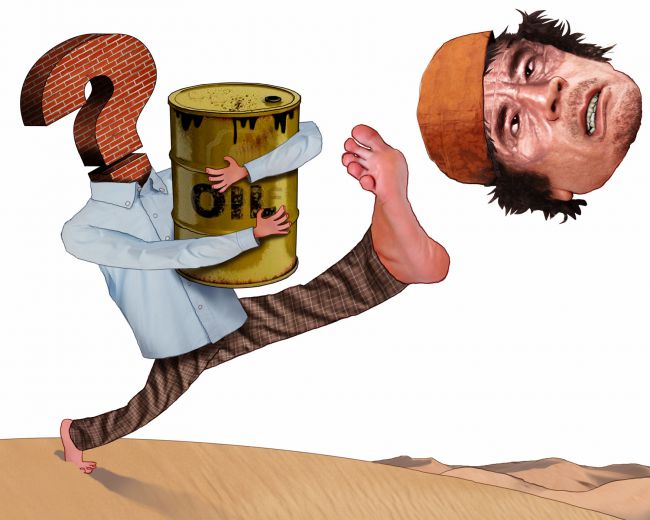 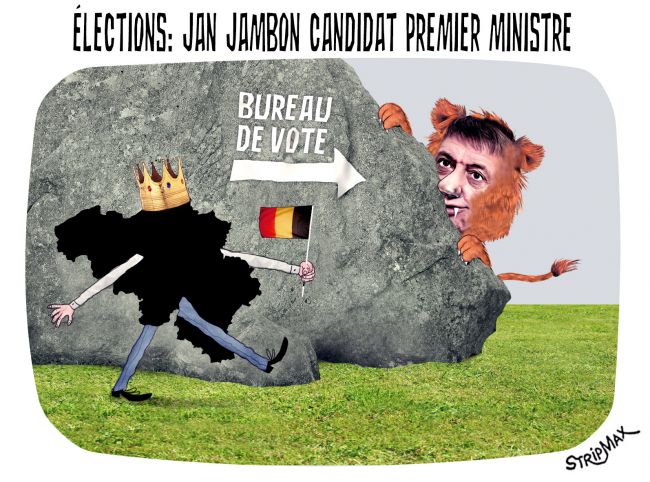 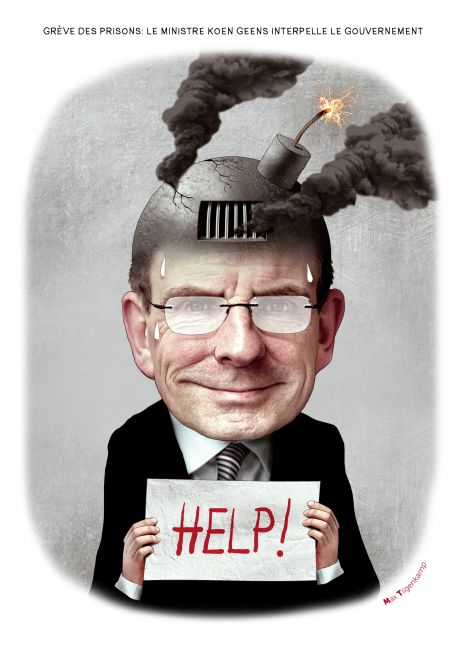 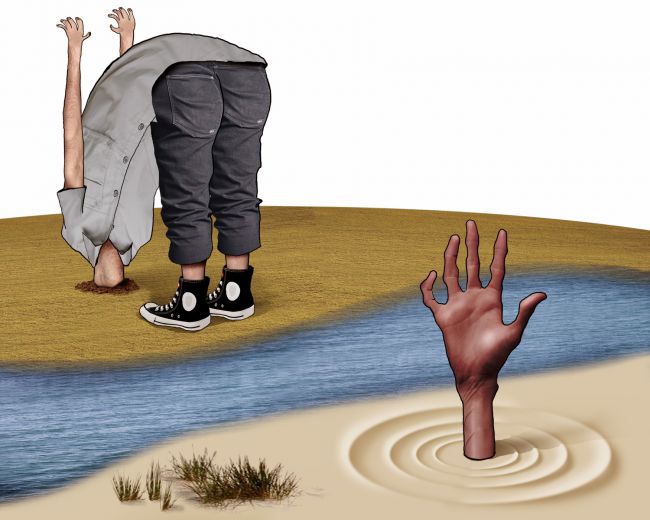 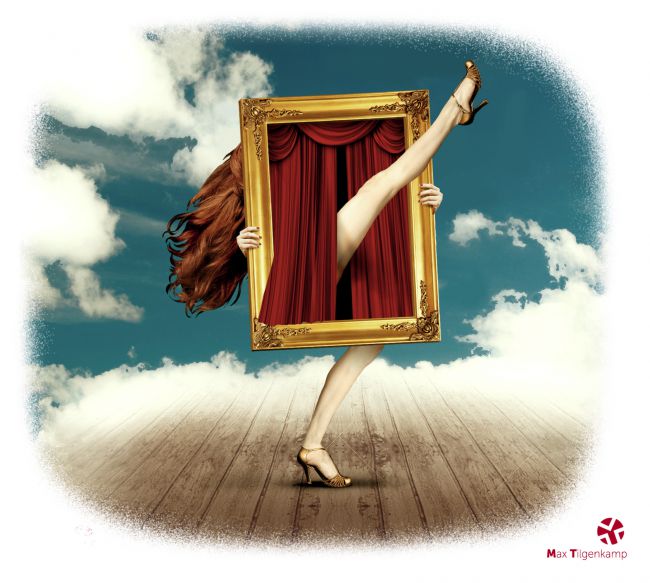 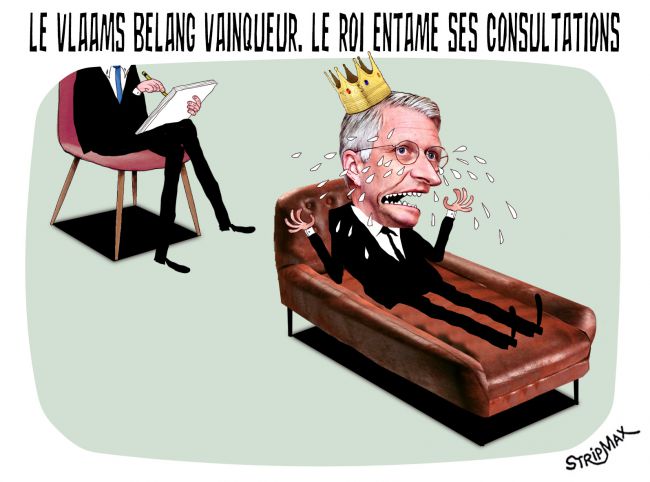 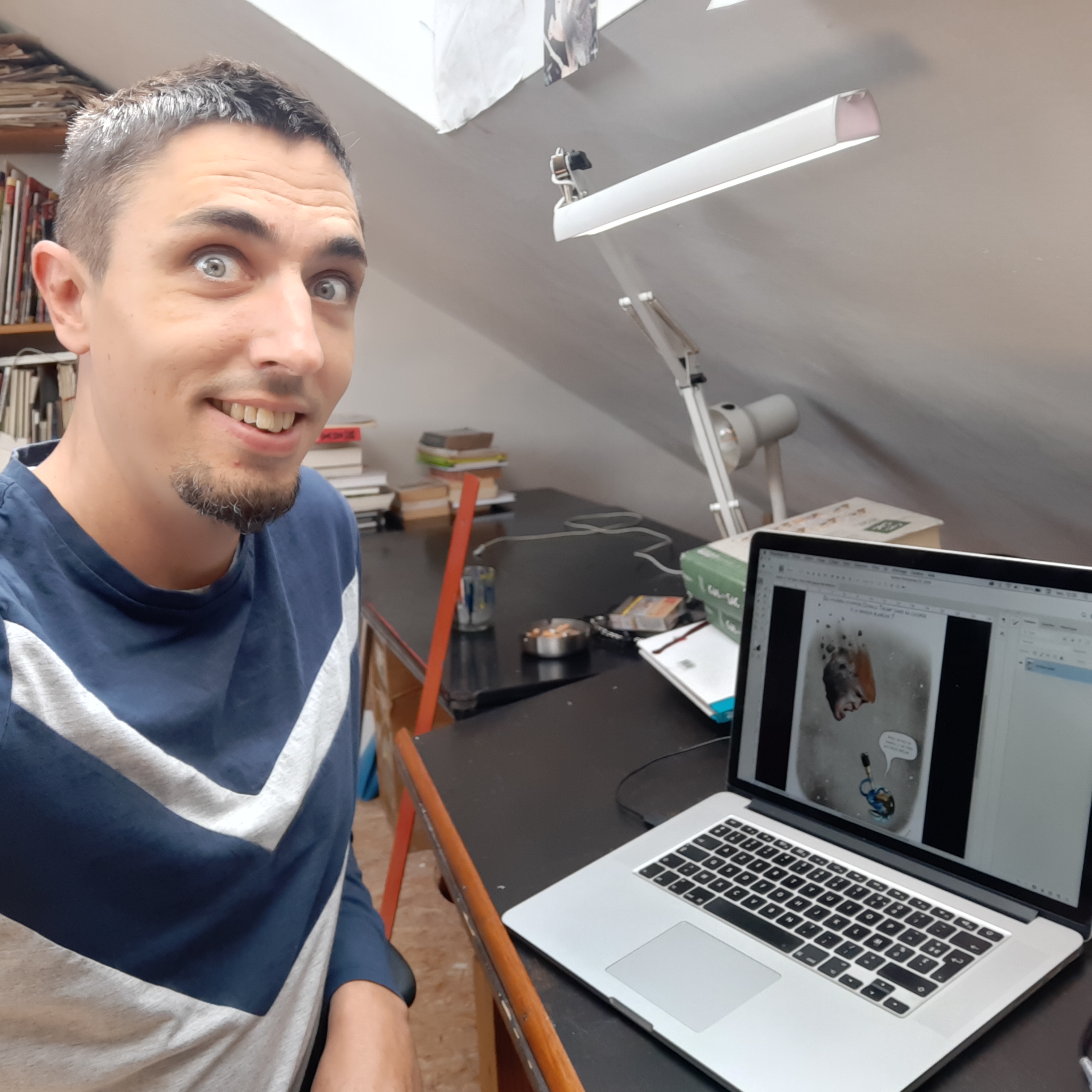 Max Tilgenkamp (pen name Stripmax) is a Belgian illustrator, press cartoonist and comic strip artist. He was born on August 26, 1978 in Brussels. He has had his work published in several newspapers and magazines including Le Soir, Metro, Trends, Mosquito, Le Vif Express, Psikopat, Secular Action, & The League of Human Rights.

After studying classical literature at high school, he completed a Bachelors degree in Comic Studies at Esa St-Luc Brussels (1998-2001). After a brief stint in graphic design at ERG-Brussels (graphic research school), he began his career in an advertising office as a manager of illustration and flash animation.

In 2005, he left advertising and started his own business as an illustrator and press cartoonist. He actively participated in independent associations combining comic strips, graphic art and music (Plin Tub ', Foton, Home records ...) where he revelled in creating many posters for concerts and other events, and also illustrated covers for CD’s and DVD’s. Additionally he illustrates the comic strips for Fanzines, (Lapsus, detruitu, ...).

In 2006, he was published for the first time in the newspaper Le Soir and now he regularly replaces Pierre Kroll as cartoonist. A year later he began publishing in the magazine Psikopat and the newspaper Metro Belgium where he currently contributes a weekly political comic strip. Then in 2009, he became the official illustrator for HRQ the quarterly publication of the League of Human Rights. Recently, in 2015 and 2016 he has had full-page news illustrations published in Trends Tendance magazine, and simultaneously, Stripmax joined the Belgian press cartoonist association 'The Cartoonist'. In addition to this he continues to work as an independent graphic artist illustrating book covers, posters and logograms.

Stripmax's work is highly characterized by its diverse and varied influences. He draws inspiration from cinema, literature, comics, art, philosophy, pop culture and television, which he confesses to being pathologically addicted to. In press illustrations and comic strips, his referrals are mainly Anglo-Saxon; more for their "editorial" than for their humorous tone. Nonetheless, he remains a huge fan of the corrosive style of Charlie Hebdo and Hara-kiri.

A great reader and collector of comic strips (Max the Explorer, B.C., Cul de Sac, Peanuts, Hagar Dunor, Mafalda, etc.), he endeavours to transcribe this simplicity, this quintessential efficiency of the comic strip in his art. We also find in his work a certain taste for absurd humour, inspired from Roland Topor, Monty Python and Benny Hill. In addition to this contemporary political world, that rivals in absurdity and nonsense, typical to the Belgium of Kafkian institutions.

Technically, his licked style has the main characteristic of mixing photography, computer-assisted drawing and direct drawing. All cleverly orchestrated digitally using Photoshop. This laborious and time-consuming technique is in conflict with the classic constraints of press illustration, where speed of execution is paramount. But, it is this style that makes his work unique.

You can visit his exhibition in the ECC from 29 September till 22 December 2019, every Sunday from 10 to 12am and from 2 to 5 pm. Groups of 10 persons or more are welcome on other days by appointment.