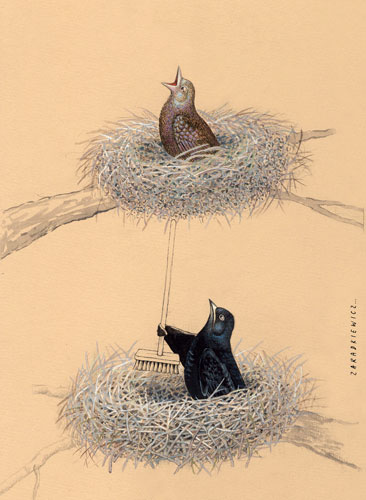 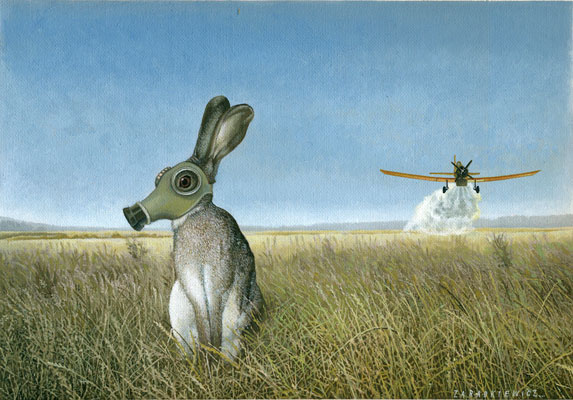 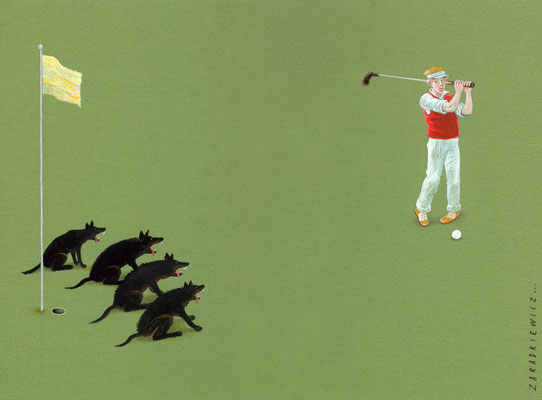 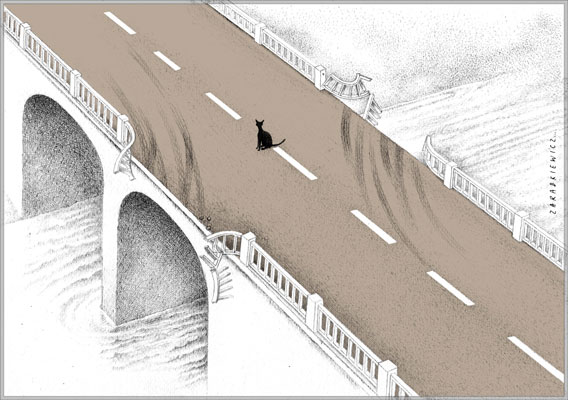 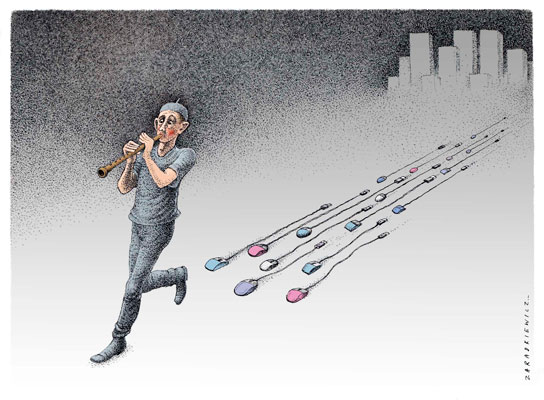 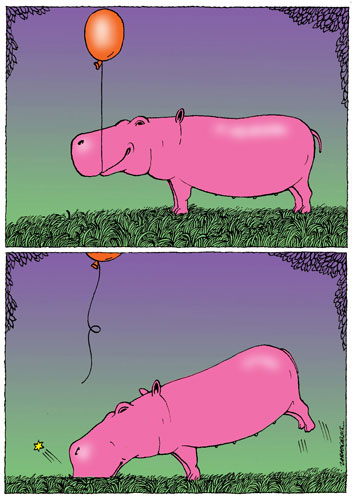 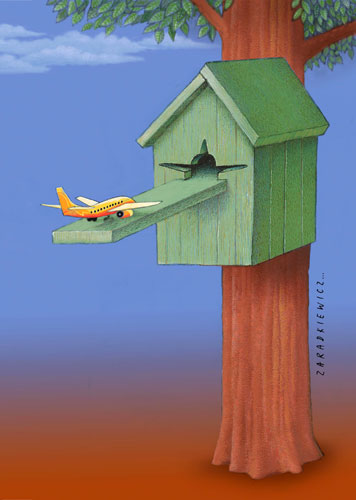 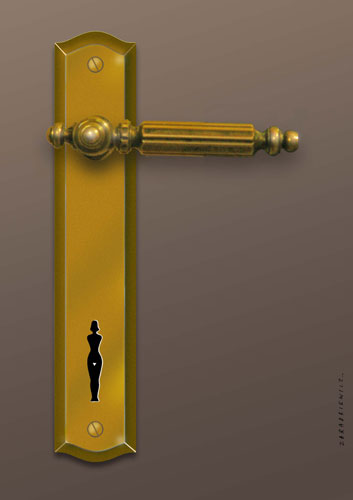 Zygmunt Zaradkiewicz was born in 1951 in Maków (Poland). In 1976 he graduated in graphic design at the Academy of Fine Arts in Warsaw, where he still lives and works. 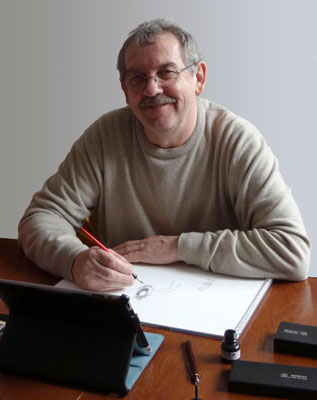 His first drawings were published in 1972 in the magazines "Polska" and "Szpilki". Since then, he has published in many Polish and German newspapers and magazines. He painted, made posters, book illustrations, stage sets and costumes. He was a jury member in various national and international cartoon contests, he organized himself cartoons contests and has won numerous awards in competitions, including a Grand Prix in PortoCartoon and Berlin. In 2013, he received the Jury Prize of the "More Beautiful Poland Movement".

He was for many years director of the Muzeum Karikatury in Warsaw. In this capacity, he was our guest in Kruishoutem in 2012 at the Cartoon Museum Conference.

And in our last Euro-Kartoenale "Soil pollution and sanitation" he won the Prize of the ECC, so now he has his personal exhibition in the ECC.