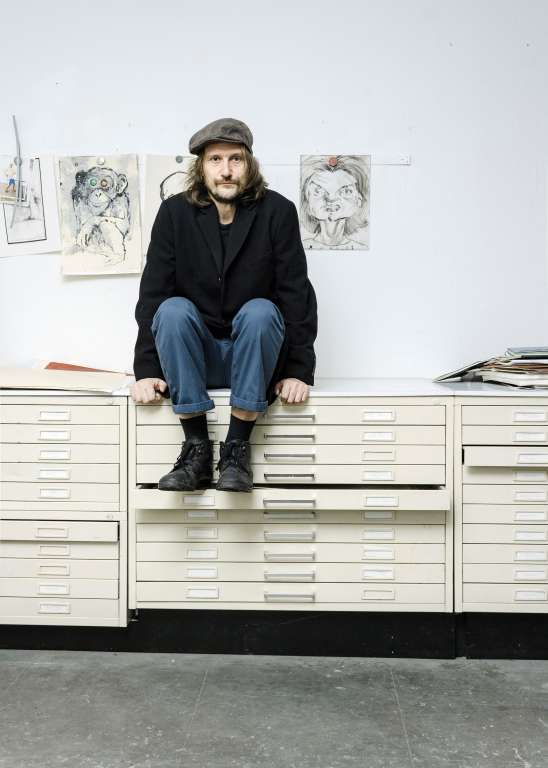 Frank Hoppmann is a German artist, caricaturist and illustrator. He was born in 1975 and lives in Münster, north-west of Germany.

He studied graphic design with a focus on illustration and printmaking. In 2002 he graduated with a thesis in which he drew more than 200 portraits of drunk people. At the same time, he was already working as a caricaturist and cartoonist for major daily newspapers and magazines during his studies. He also drew for print media and tv in court. A large area of ​​his activity is the creation of satirical, large-format portraits. The content of his work can be described as grotesque, bizarre and even morbid.

For his work he has received several international awards, including the grand prix of the World Press Cartoon 2020. He gained greater fame for his portrait of the US-president Donald Trump, for which he received several international prizes and which, among others, in Los-Angeles-Times was published. In addition to his job, he works as a lecturer in the art of drawing.

Exhibitions take place regularly in the international area, for example in 2020 he got a personal exhibition in the Tomi Ungerer Museum in Strasbourg.

In 2021 his picture of Andy Warhol was on the cover of the new edition of the book "The Art and History of Caricature", published by the French publisher Citadelles & Mazenod.