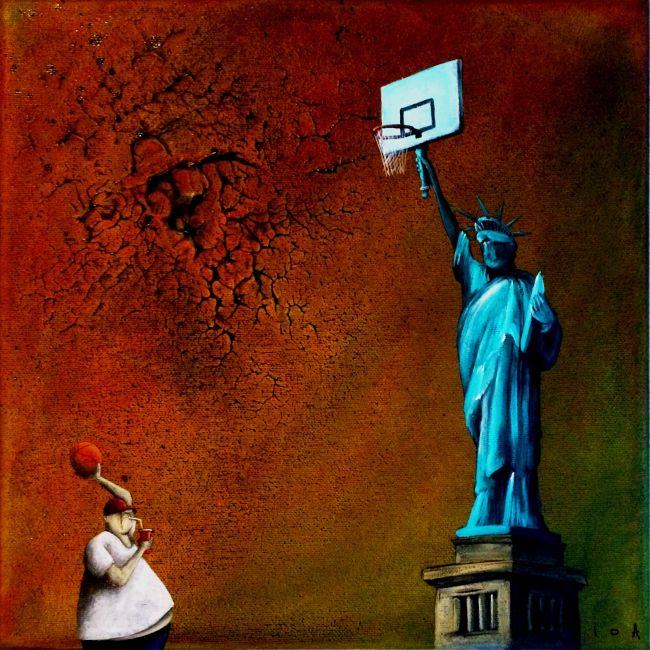 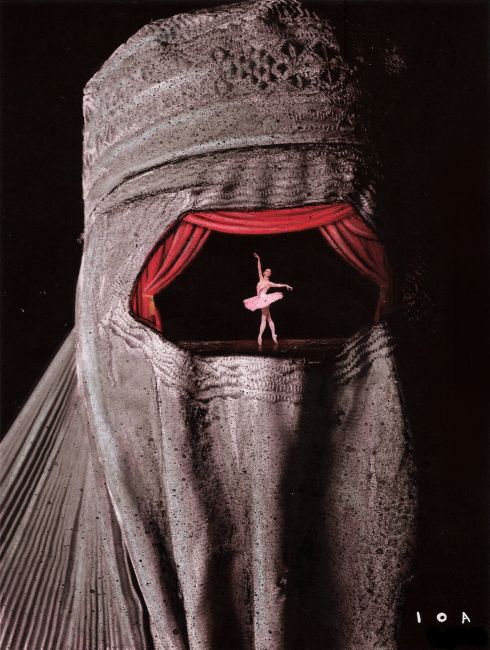 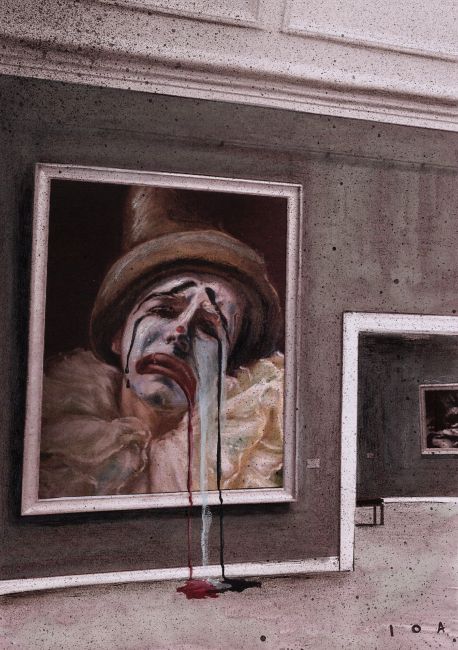 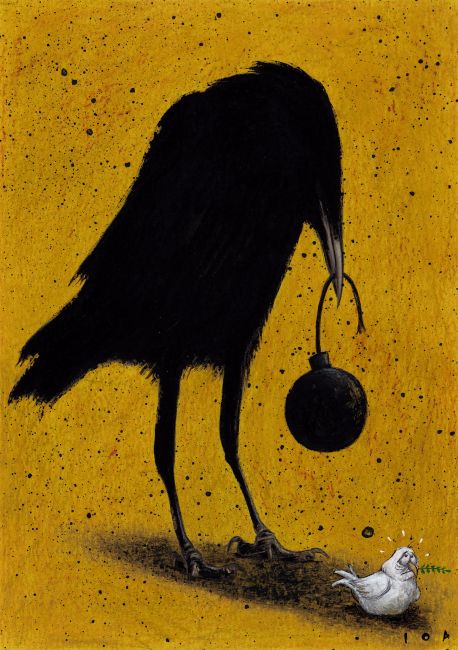 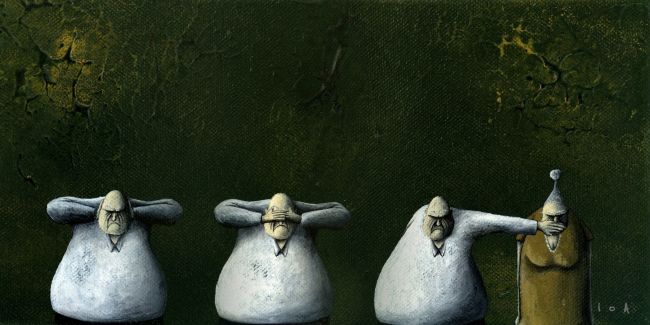 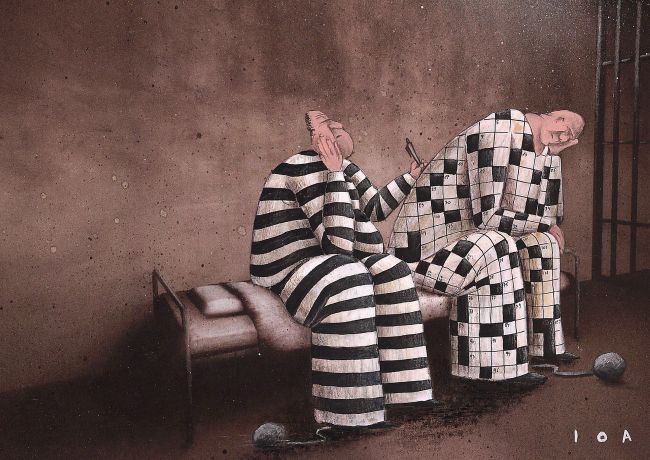 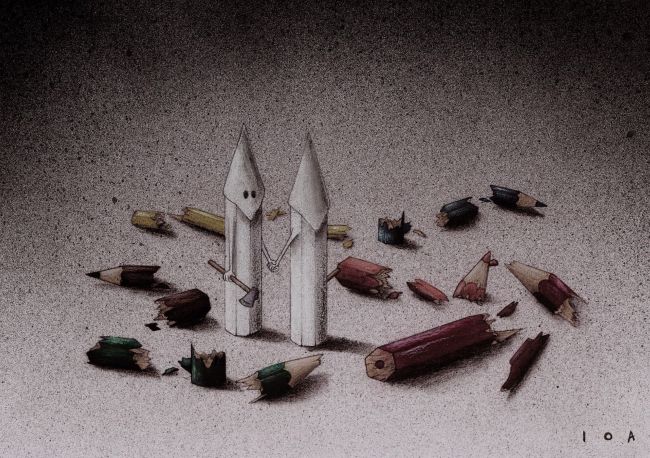 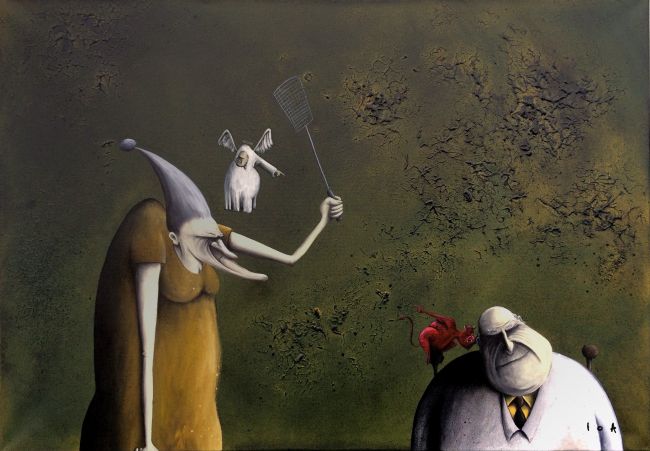 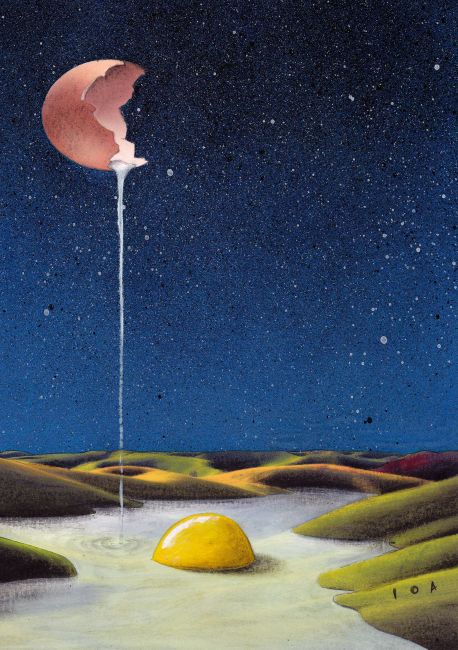 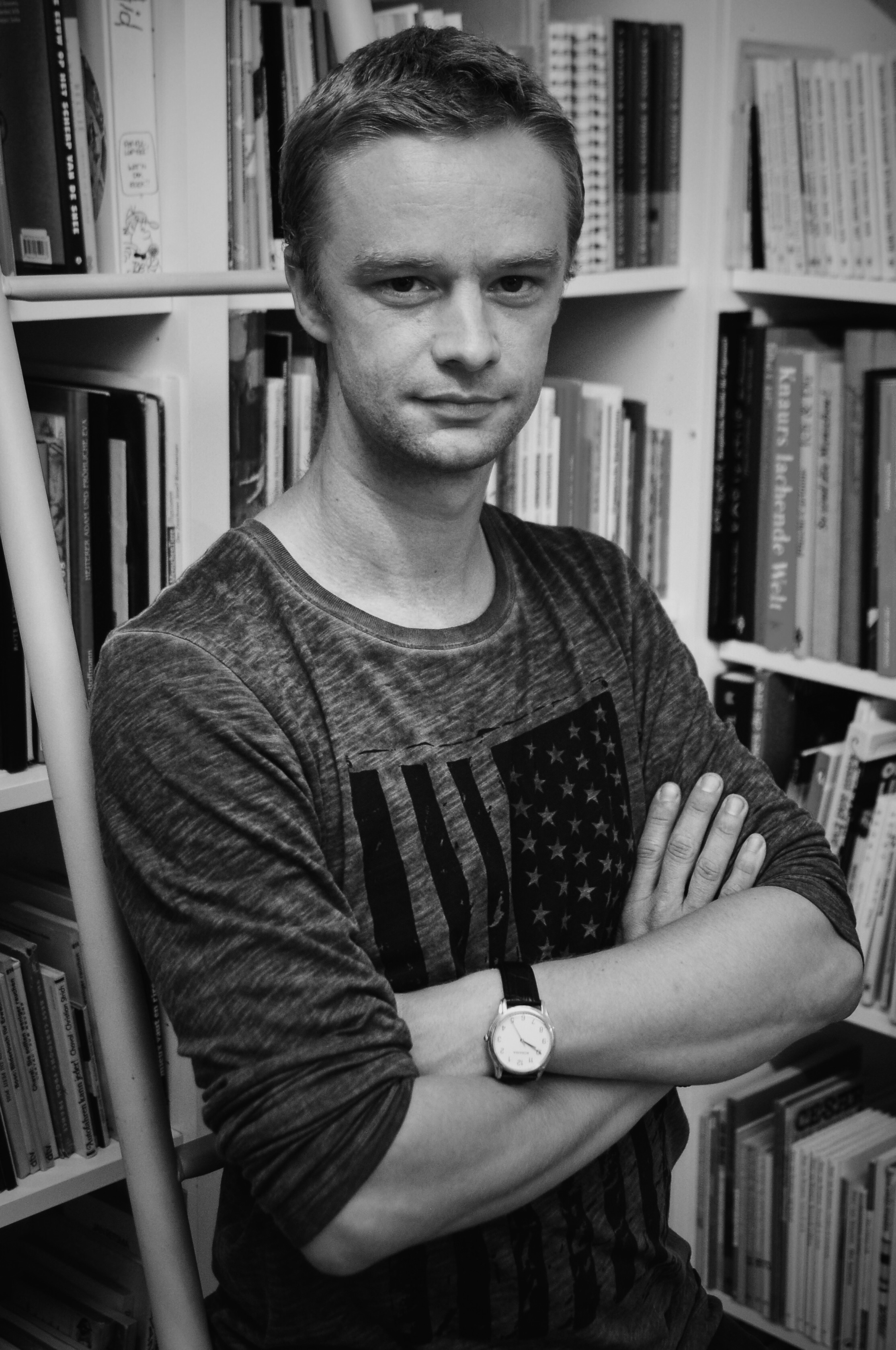 Nikola "Ioa" Hendrickx is the 2017 house cartoonist of the European Cartoon Center. He is one of our youngest and most successful cartoonists in Belgium.

He was born in 1982 in Dendermonde. After finishing secondary school, he chose for a military career and went to college at the Royal Military Academy in Brussels, where he graduated in 2006 as an engineer. At this moment he is a project officer at the Defence Staff. Nikola makes also the artwork for Hit By A Truck Records, a Belgian techno/house record label, where he designs record covers for domestic and foreign artists.

Although he had a technical training, drawing and painting have always been a passion to him. During his childhood he went to the art academy for more than ten years, until he was forced to quit due to lack of time. However, it has always been his nature to draw and paint, and very soon he sat back behind the drawing table at home. His favorite cartoonists are GAL, Angel Boligan, Andrei Popov and Silvano Mello.

His passion for cartoons started somewhere in 2003, when he participated for the first time in a cartoon contest. Without any result of course, but he never quitted practicing. In 2009 he won his first prize in the Karpik Cartoon Contest in Poland. Since then, his award list only became larger and larger.

He has won prizes in Belgium, Poland, Romania, Syria, France, Slovakia, Italy and China. In 2013 he was awarded the Silver Hat at the Cartoonfestival Knokke-Heist. And that year he also won the award for Best Belgian Entry in our Euro-Kartoenale 'The Byclicle'. He had personal and group exhibitions in Eskisehir, Baja, Boechout, Tallinn, Zagreb, Lede, Gent and Aalst.

Since two years, beside drawing cartoons, he focuses also on humorous paintings.

You can order the catalog of the exhibition in our e-shop.

You can visit his exhibition in the ECC from 24 September till 17 December 2017, every Sunday from 10 to 12 am and from 2 to 5 pm. Groups of 10 persons or more are welcome on other days by appointment.