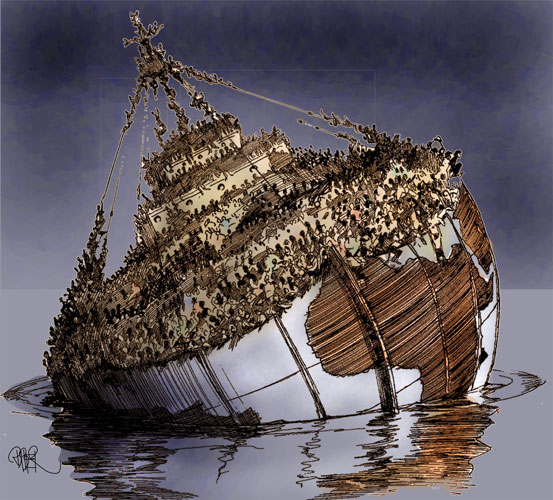 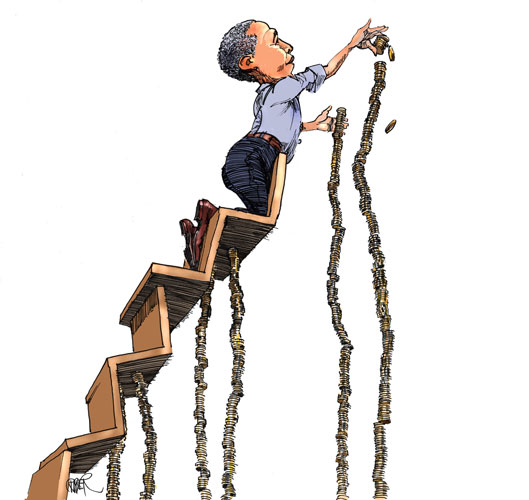 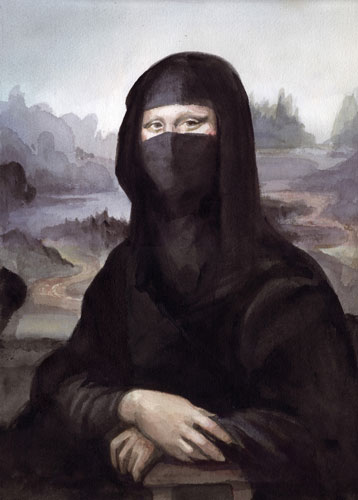 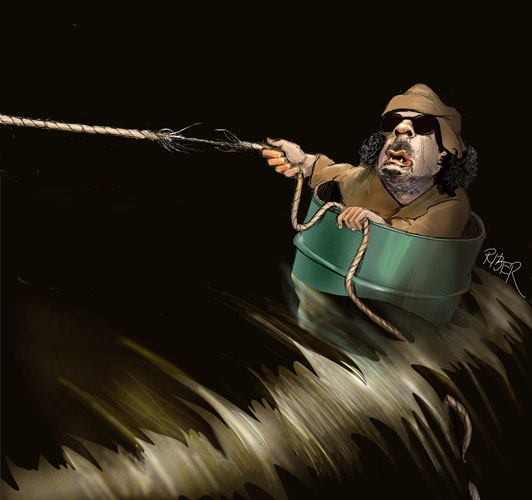 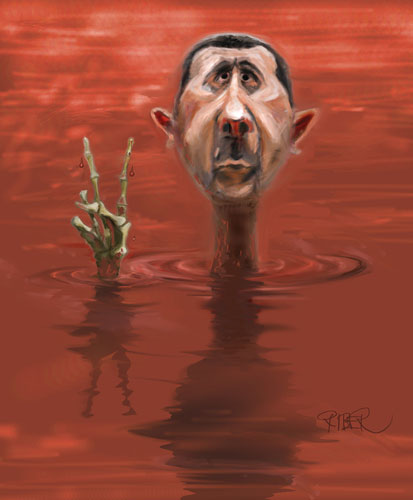 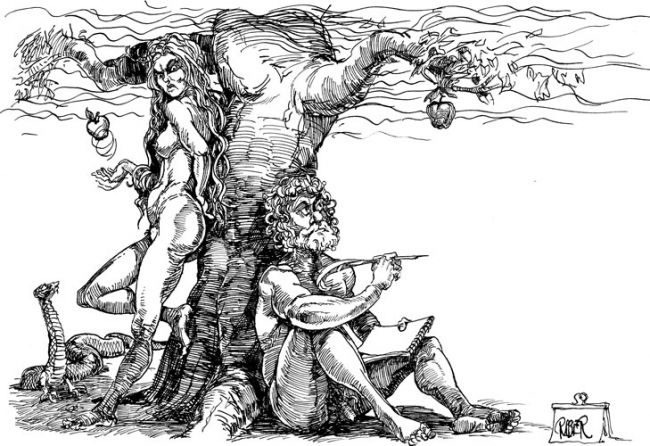 Riber HANSSON was born in Sweden in 1939. He studied technical science to become a structural engineer. He worked for several architectural practices in Stockholm. In 1970, he started his own business specialising in drawing perspectives. (This was before the age of computers.) Due to a recession in the construction business, he started to look for another job. The newspaper "Svenska Dagbladet" offered to employ him. And so at the age of fifty, he took on a dream job: creating illustrations and cartoons and writing travelogues.

He learnt to draw by trial and error, studied books on the works of Rembrandt, Picasso, Dürer and hundreds of other artists. He also studied oil and tempera painting. Today he designs, draws and paints using a computer. Occasionally he returns to pen and ink and watercolour, just for fun.

Now he has retired, but he’s still working on a freelance basis for several newspapers and magazines in Sweden and Europe. His work has been shown in fifteen personal exhibitions and forty group exhibitions. With his cartoons, he has won numerous prizes; the Grand Prix Press Cartoon Europe (Knokke-Heist 2009) and the prestigious prize of the World Press Cartoon (Sintra 2007). His masterpieces can be admired in museums in Scandinavia, the U.S., in Italy and in France. He also illustrates many childrens and adult books, and he publishes his own cartoon albums.

His favourite subjects are the environment and sustainable development. In this context, he has participated together with four other Swedish cartoonists in a travelling exhibition named "Facing the Climate" in collaboration with Swedish embassies all over the world. He likes to draw the powerful men of the planet, the good and the bad, like Obama, Putin, Kim Jong Un, Khaddafi and Assad as they are easily recognisable. Europe and the economic crisis are also themes close to his heart.

and an interview by Francisco Punal Suarez (Spain) with Riber about his exhibition in the ECC ...