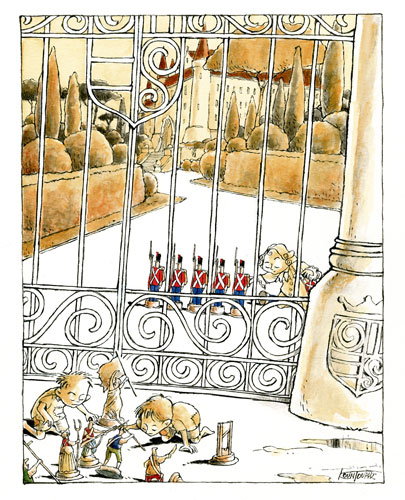 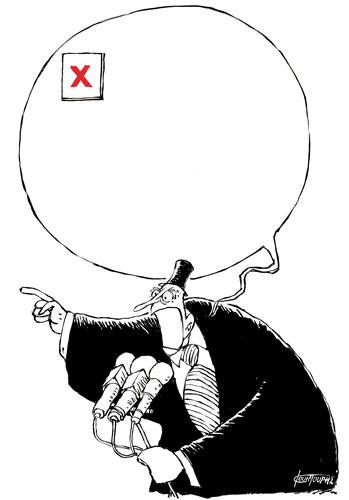 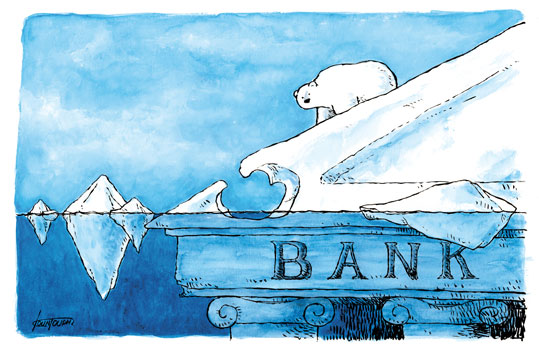 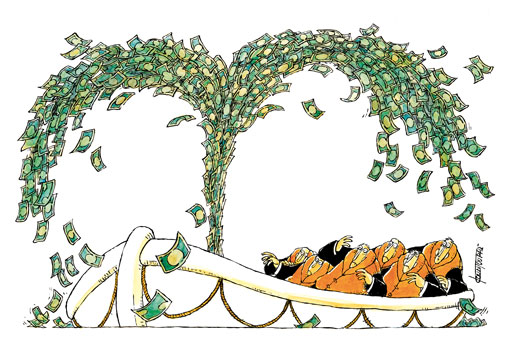 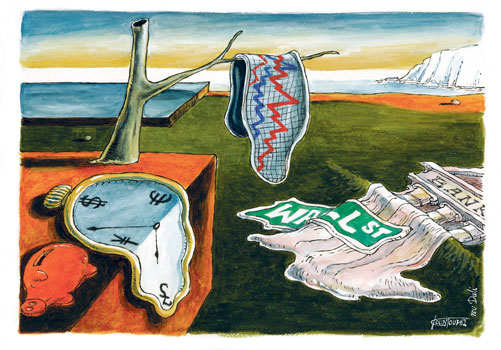 Satire, in the form of prose, poetry and cartoons, is the leading thread running through the history of Greece (wars, occupation, dictatorship, different regimes, economical and financial crisis,...). Cartoons always have been important – and maybe nowadays more than ever – in the critical expressions of political, economic and social events in Greece.

Michael Kountouris and Vangelis Pavlidis were both born on the Greeks island of Rhodes, Michael in 1960, Vangelis in 1943. Both cartoonists, representing two generations of modern Greek cartoon, are now showing their works in the heart of the European Union. Through their cartoons they are giving their comments and critical views, making people think but also provoking a laugh. The laugh is indeed the language of everybody!

Vangelis Pavlidis is still living in Lachaniaon, a small village of the island of Rhodes. In 1971, at the heart of the seven-year period of military dictatorship in Greece, having found in politics the answers he was looking for during his hippy days, he embarked on his career as a political cartoonist with the Athens newspaper TO VIMA. His political cartoons have been published in four collections.

Since 1980 he has also been illustrating books, mainly for children. In 1987, with the assistance of his four year old son Savvas he wrote and illustrated the “Stories from the Lighthouse”.

He has exhibited solo in Oslo 1978, in Athens 1987, in London 1999, in Rosas 2000, in Rhodes and other Greek cities. He has participated in many exhibitions, for cartoons and book illustrations the world over and has won prizes and distinctions.

Michael Kountouris lives in Athens, but still likes to go back to this favourite island. Since 1985 he is working as cartoonist for Greek newspapers and magazines. He currently works for the newspaper Eleftheros Typos. His cartoons have also been published in foreign papers such as The Guardian and Le Monde. He has participated in many exhibitions in Greece and abroad and has been awarded with a lot of first prizes: Ranan Lurie UN Political Cartoon Award (2008), Biennial of Tehran Iran (2005 en 2007), Umoristi a Marostica (2005), Cartoonfestival Knokke-Heist (2003). And also in Kruishoutem he got a prize in 2003 and 2005.

The exhibition is offering a unique occasion to visit Greece through the eyes of two privileged critical and humoristic witnesses.

a flyer of the exhibition (pdf)

and some pictures of the opening ceremony