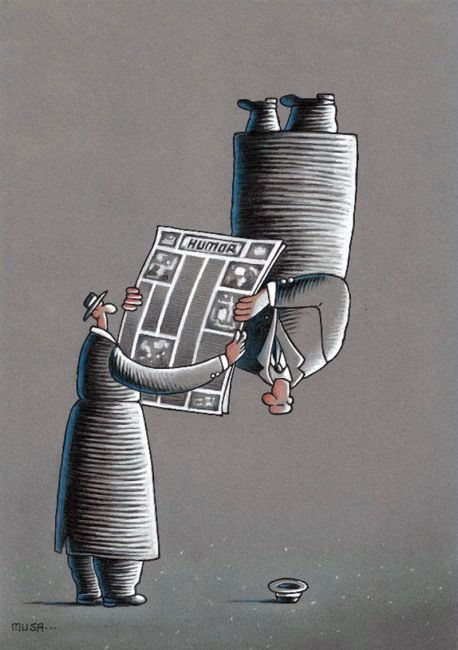 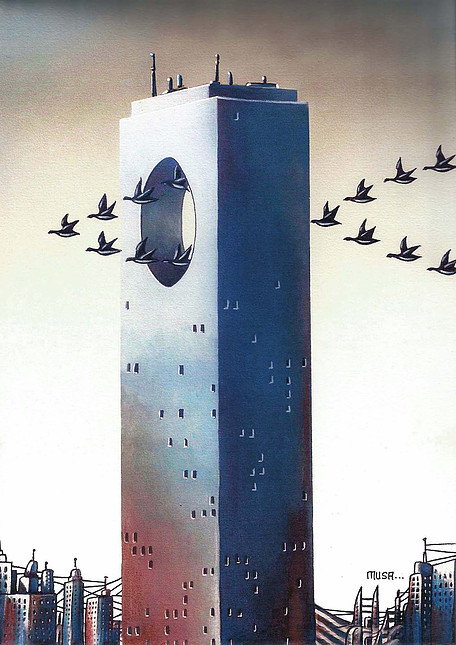 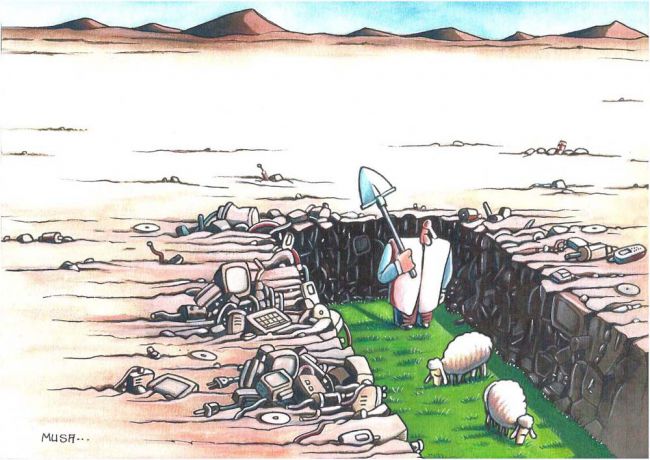 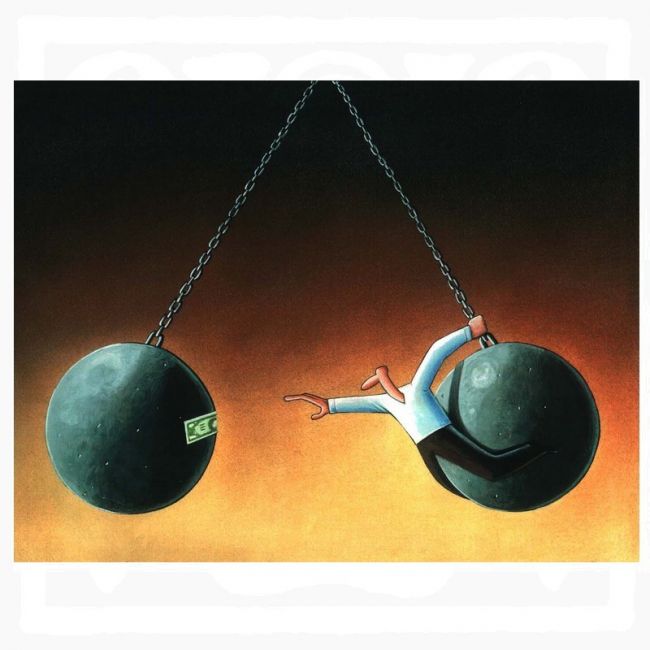 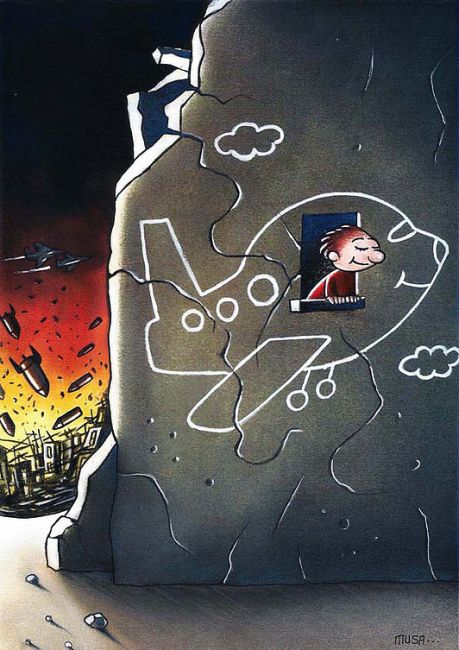 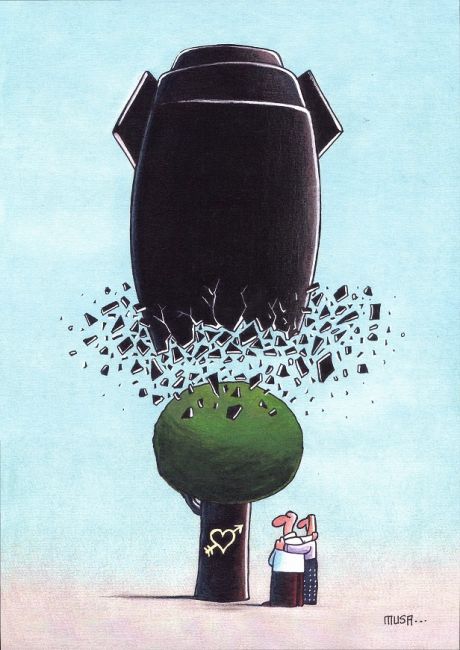 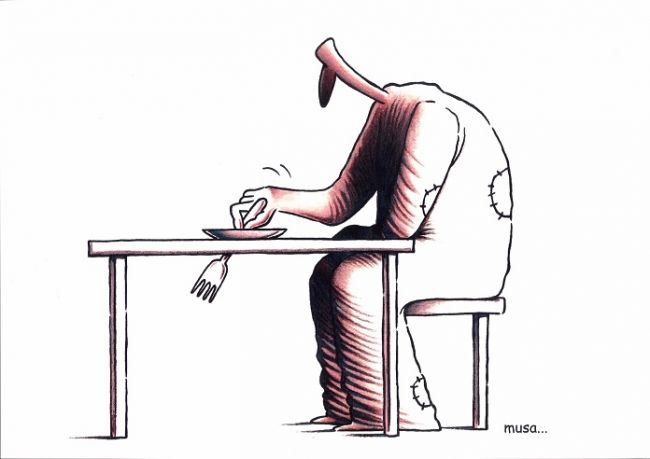 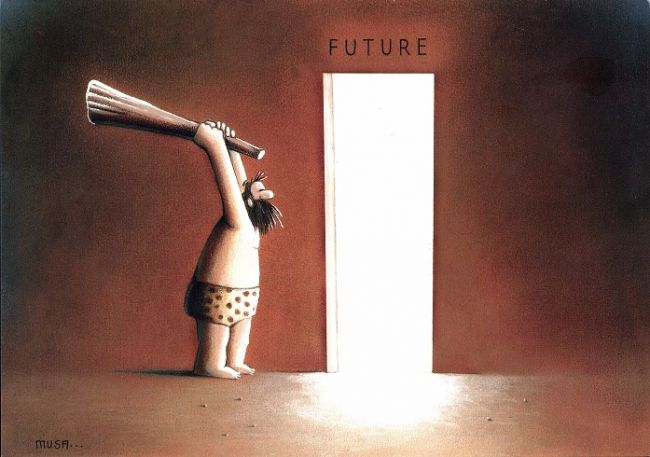 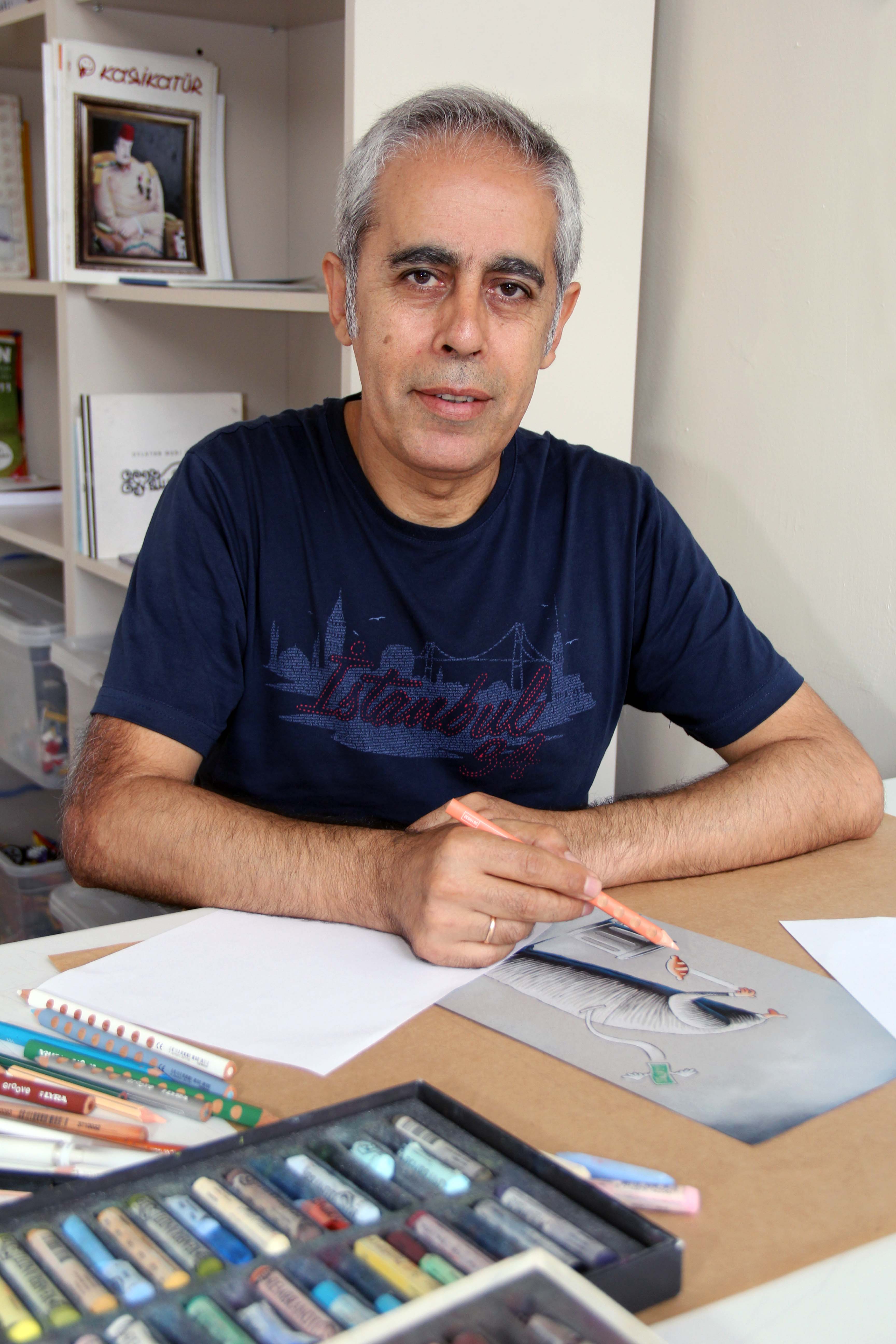 Musa GümüÅŸ was born in 1963 in Gaziantep (in South Turkey, near the Syrian border). He graduated from the Department of Business Administration and Management at Marmara University. He currently lives and works in Istanbul.

He started drawing cartoons when he was a high school student. His first cartoon was published in 1979 and since 1987 he works as a professional cartoonist for magazines as Hibir, Bando, Nokta, HBR Maymun … Since 2001 Musa teaches caricature and illustration at the international MEF School.

He also participated in many cartoon competitions and received numerous national and international awards, including the Grand Prix 2006 at the Cartoon World Festival in Porto and the Golden Hat in Knokke-Heist Belgium in 2009. In 2015 he received a life achievement award in the Aydın Doğan International Cartoon Competition.

His favorites cartoonists are Gatto, Boligan, Gluszek, Kazanevsky… (all cartoonists who had already a personal exhibition in Kruishoutem!). And his favorite artist is Dali. He prefers to use soft pastels, acrylics and colored pencils. From time to time he is trying different techniques. He doesn’t use the computer often, sometimes Photoshop, but very rarely.

You can visit the exhibition in the ECC from the 25th September till 18th December 2016, every Sunday from 10 to 12 am and from 2 to 5 pm. Groups of 10 persons or more are welcome on other days by appointment.

Opening ceremony on Saturday 24th of September at 8 pm. in the ECC.