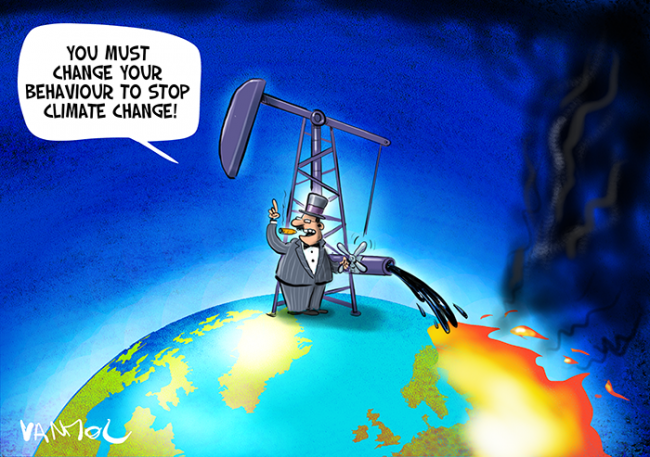 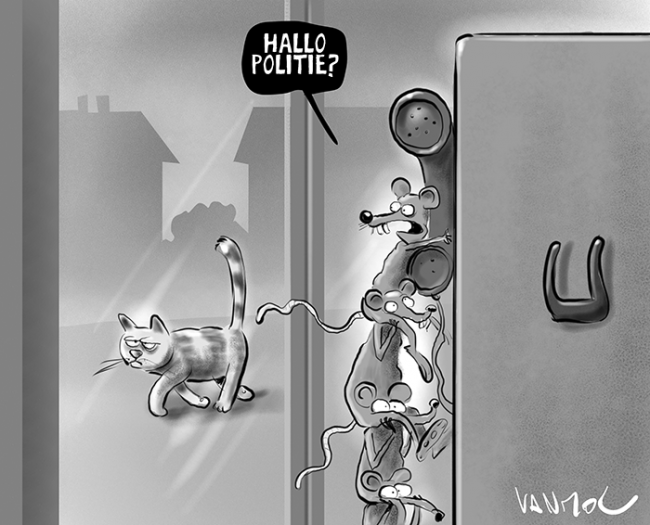 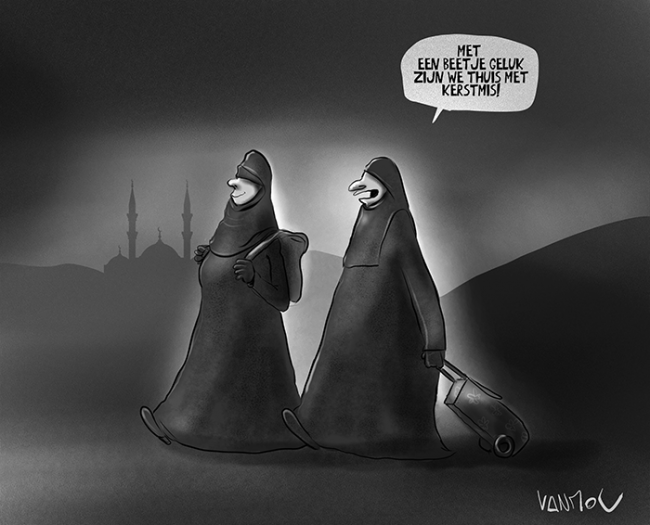 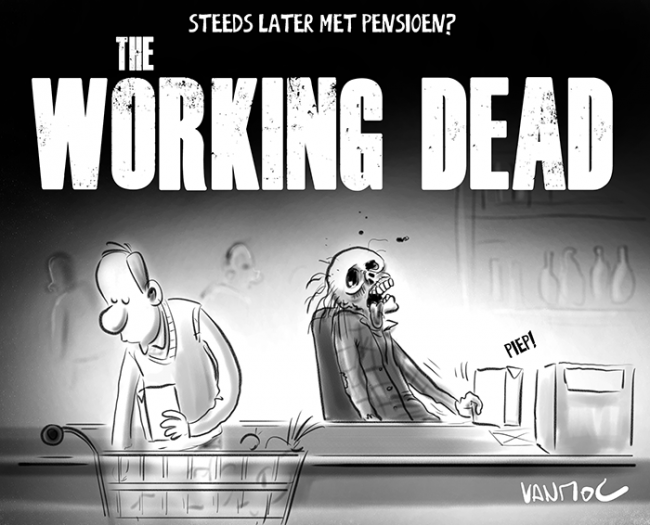 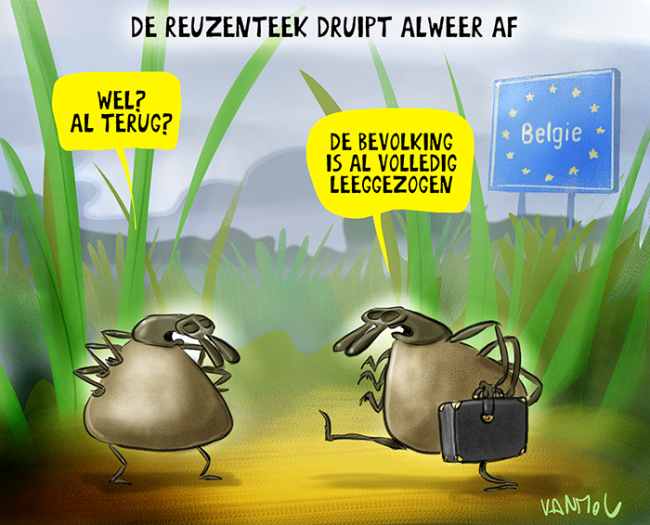 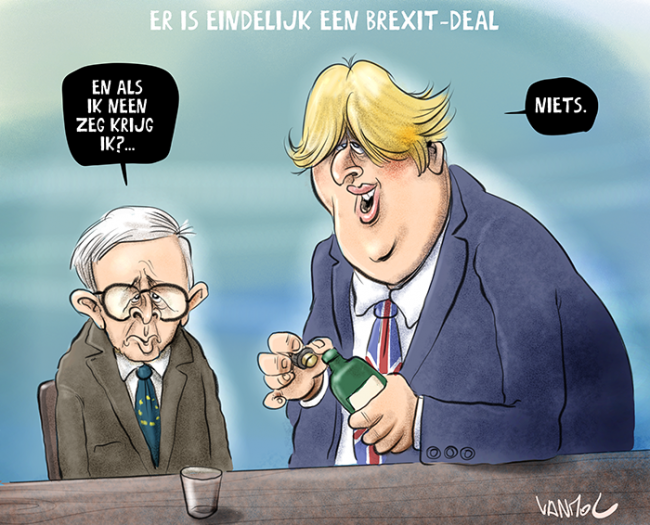 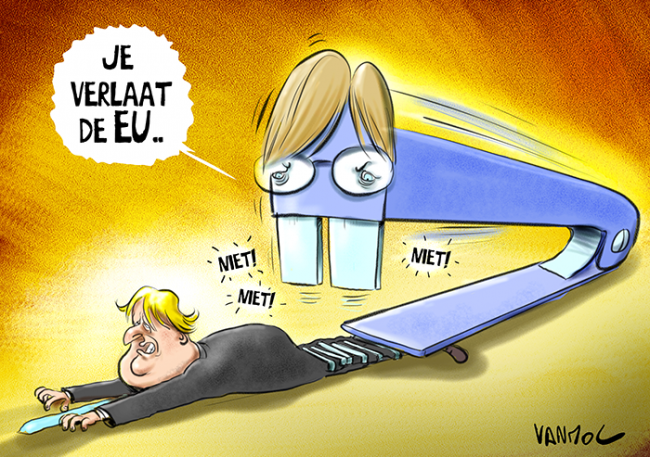 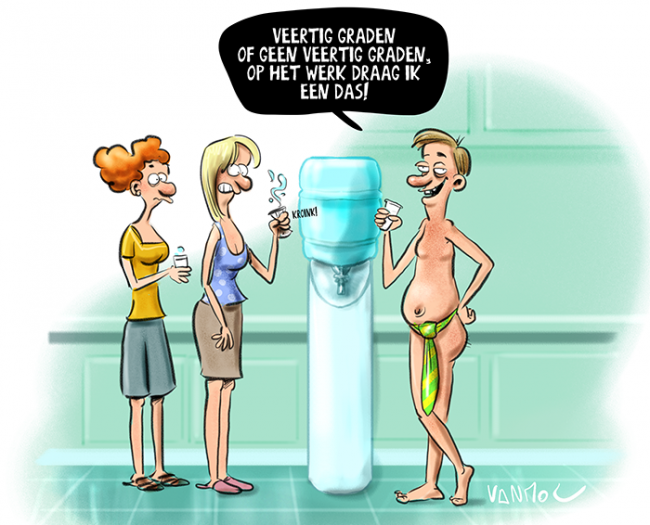 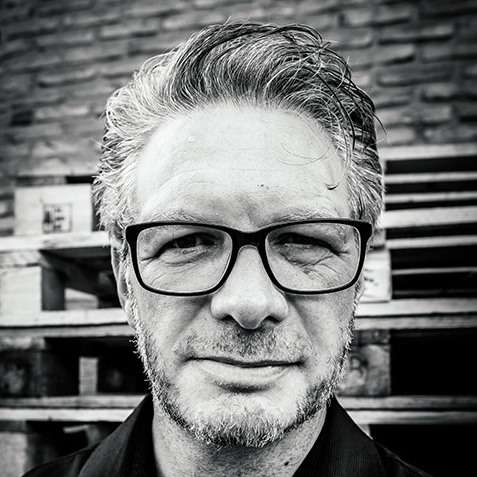 In 2020 Erwin Vanmol is our house cartoonist and he has his personal exhibition in the ECC.

Erwin Vanmol was born in 1967 in Aalst. He studied at Sint-Lucas Brussels, the Academy of Aalst and the Royal Academy of Fine Arts of Ghent, where he graduated as painter. He was a soldier for a few years. After that, he worked as a decorator, restorer, marble painter and he made the famous Belgian chocolate for almost a decade.

In 2000, Erwin did break his shoulder, which earned him three months of sick leave. To pass the time, he decided to draw cartoons. A month later, his first cartoon was published in Computer Magazine and half a year later he became Ché's house cartoonist. He also worked for the magazines Knack, P-Magazine, Doorbraak, Ons Recht, Le Vif… and became the official cartoonist of the city of Aalst.

He also became increasingly active in the beer sector. For example, he designs labels for domestic and foreign breweries. In 2016, he founded his own microbrewery and has already produced several kinds of artisanal beers.