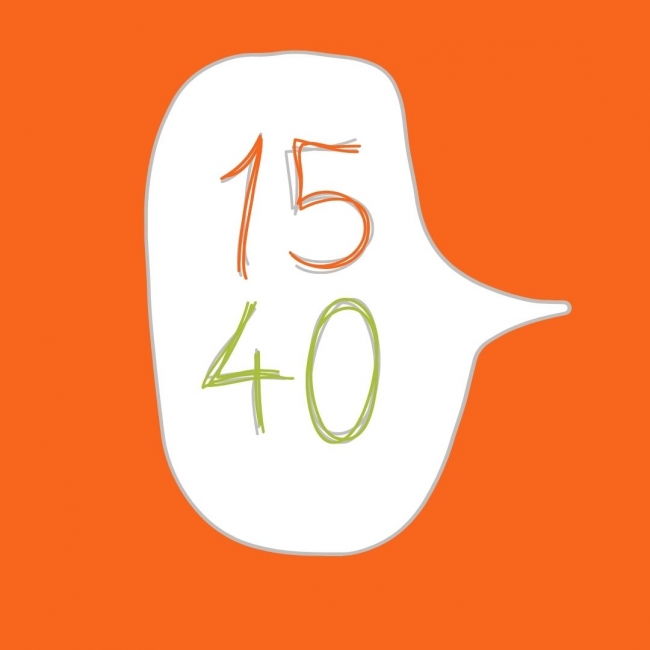 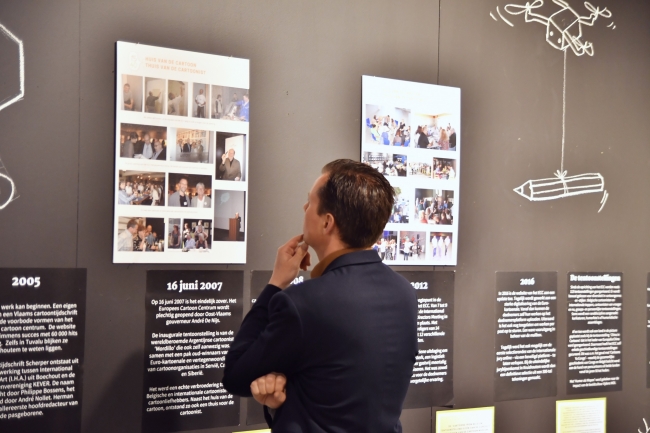 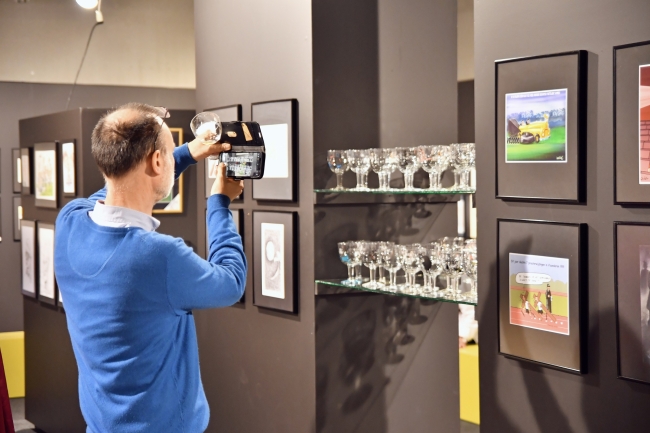 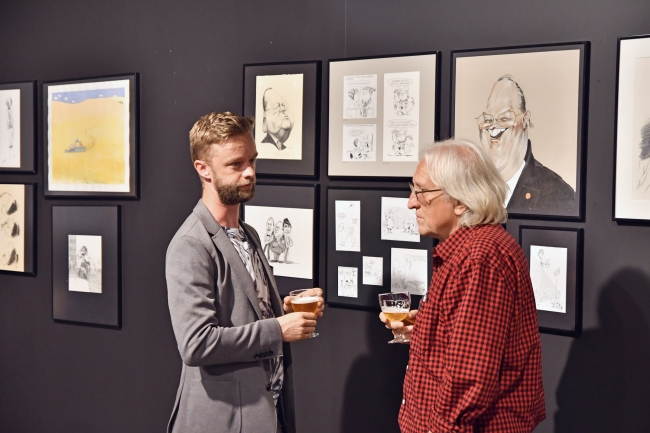 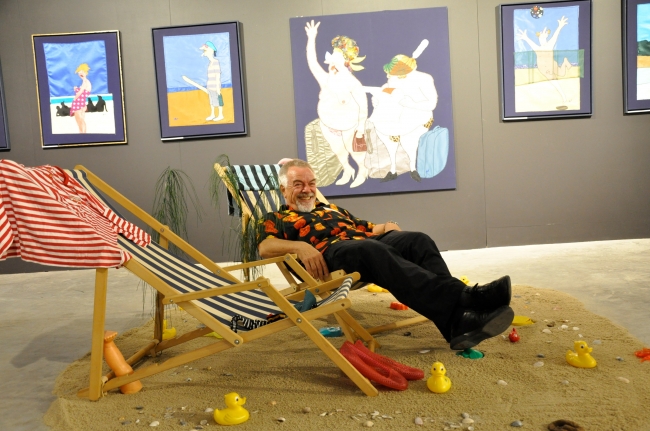 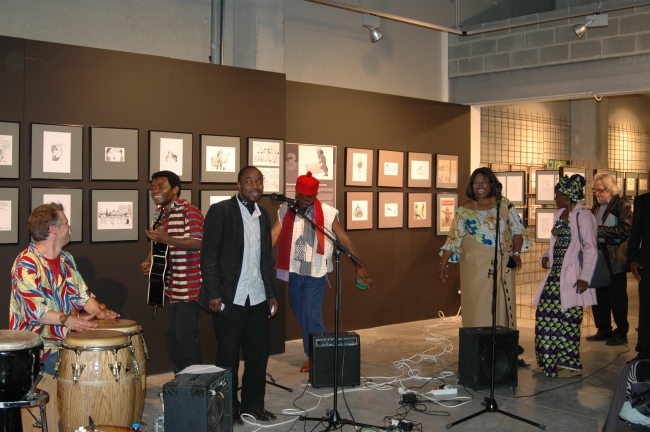 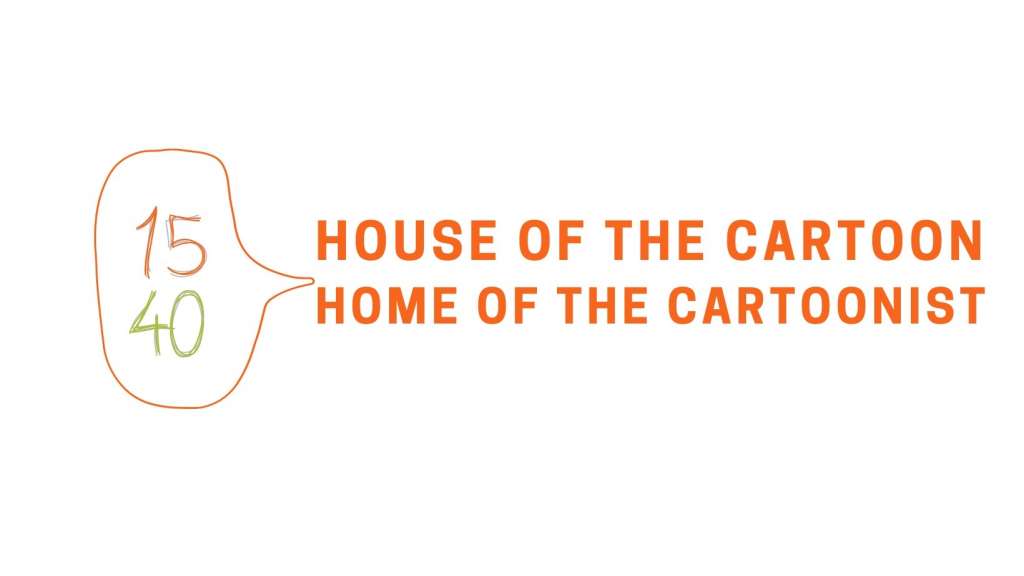 In the jubilee exhibition 'House of the cartoon - Home of the cartoonist', we tell the history of 40 years of the Euro-kartoenale with cartoons, photos, newspaper articles, anecdotes...

For the second exhibition we worked togethher with on a group of 15-year-old Kruishoutemners, who like the ECC were born in 2007. From the more than 100 exhibitions we have organised in the ECC since then, they chose about 30 cartoons. They called this selection a 'Wake up Call', on themes such as peace, the environment, gender equality...

And a third exhibition shows a number of drawings by Belgian cartoonists who were our 'house cartoonists' during those years.