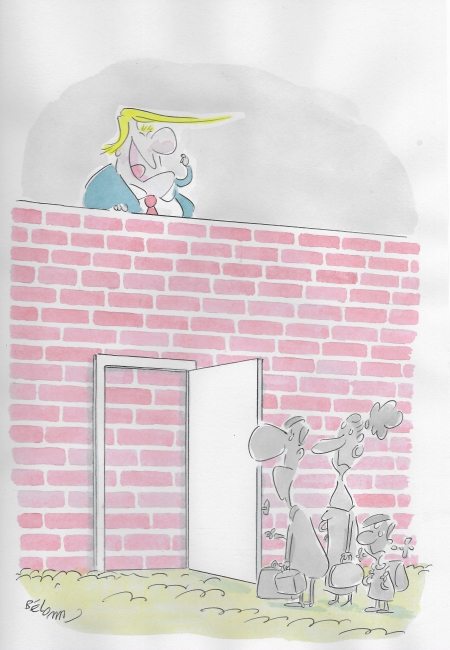 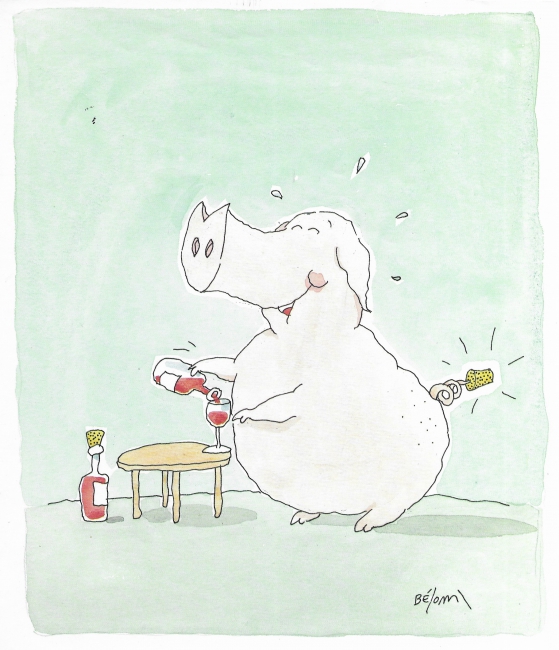 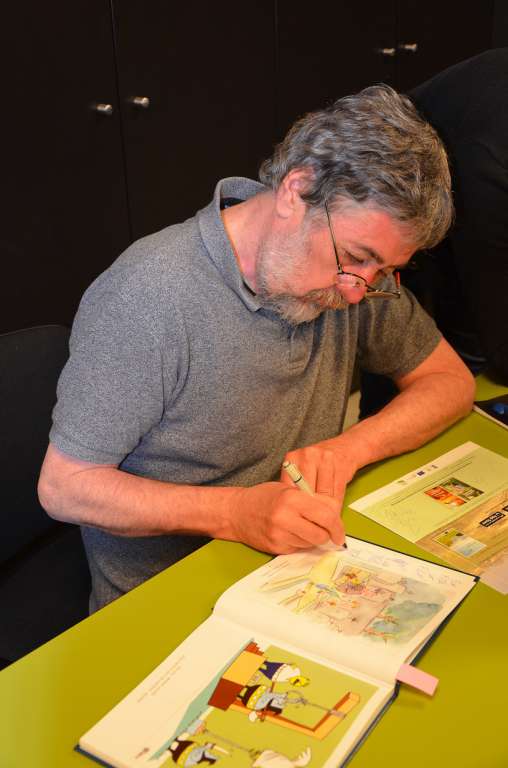 Jean-Loïc Belhomme (Belom) was born in 1950 near Rennes. He was obsessed by the adventures of Mickey and Tintin, before he tried to start drawing himself. He studied at the School of Fine Arts in Rennes before obtaining a University Diploma in Literature and Psychology and a BTS in advertising.

After working in a graphic design studio, Belhomme became artistic director for various advertising agencies. In 1982, encouraged by the publication of his first drawings in Le Pèlerin, La vie, Djin or Formule 1, he gave up advertising to go into comics and cartoons.

In the press, Belom's publications are numerous (Ouest-France, Presse-Océan, Circus, Lui, A Suivi, Pilote ...) and have earned him recognition, in particular by Jacques Glénat, who published ‘Ça occupe’ (1983) and ‘Et que ça saute’ (1984). These are the first two books in a long series that Bélom will sign as a designer and/or screenwriter. He also draws for Spirou, Télérama Junior, Fluide Glacial, Le Point, Marianne, Détective, Le Figaro Littéraire, J'aime J'aime, The team ...

Having participated in numerous exhibitions around the world, Belom received in 2018 the 1st Prize of the World Gallery of Cartoons and in 2017 the 2nd Prize in the Euro-kartoenale ‘The Soul’ in Kruishoutem. And last year he did receive the Prize of the ECC in our cartooncontest ‘The Wall’.

“The Clown
As a child, in the 50s and 60s, I looked for the cartoons published in newspapers and magazines. I did not suspect yet that it could be a profession, but the desire was born. And I started to copy these artists who brought me so much pleasure (Bellus, Aldebert, Faizant, Chaval, Bosc, Mose, Gad … And Sempé). Sempé, with all his universe, and Reiser, with his expressive trait, were my heroes. And even if today the ‘formatted’ press ignores humor, the passion is still present!”

An interiew with Jean-Loïc (in French).