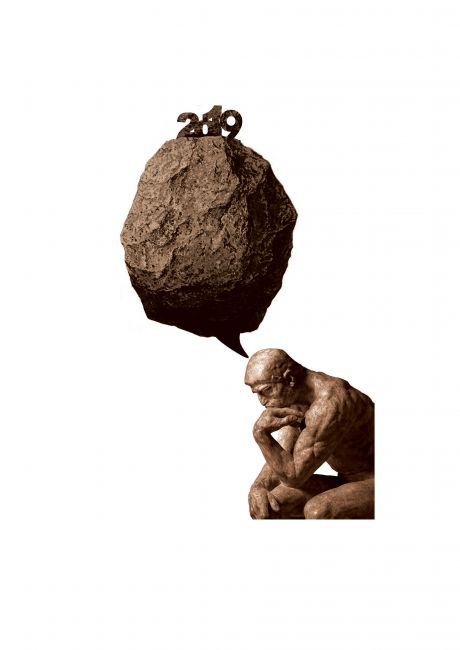 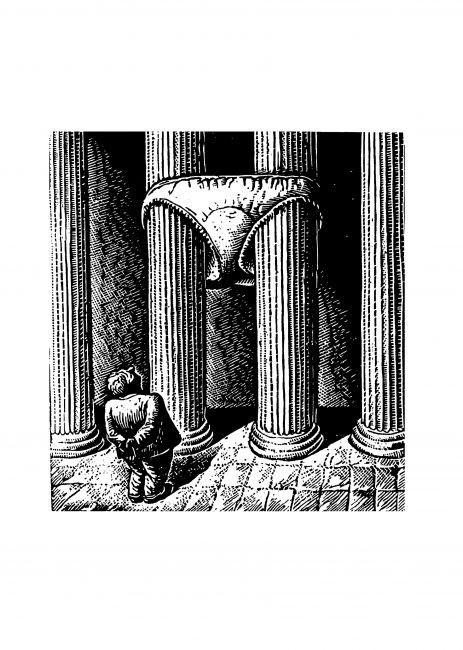 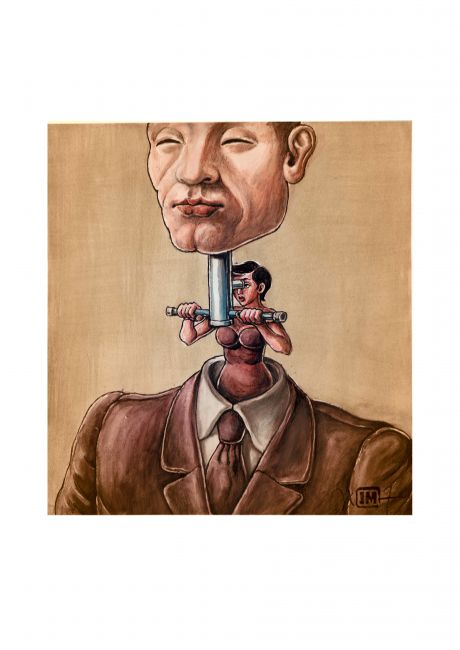 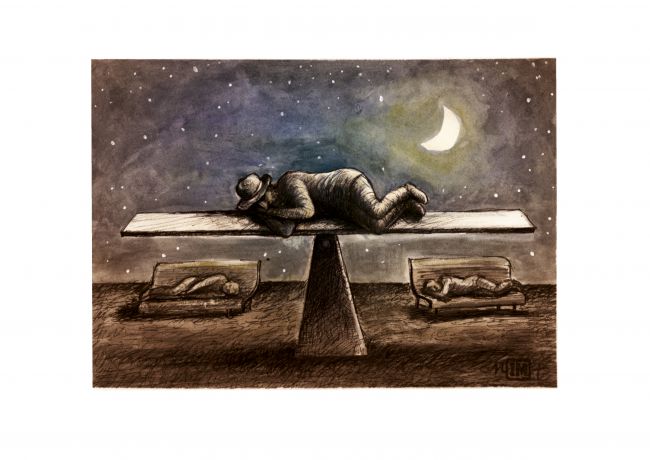 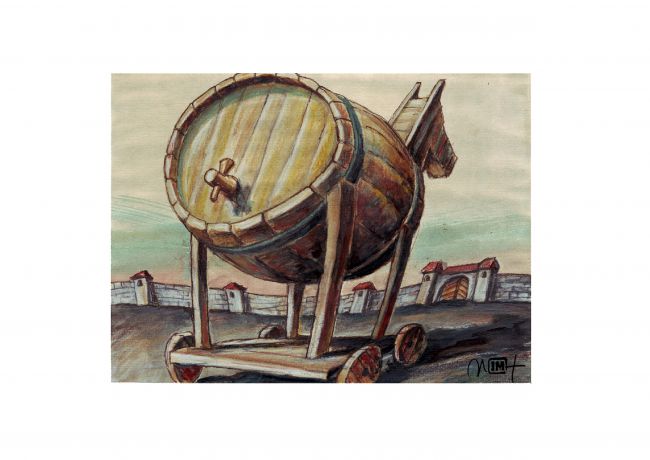 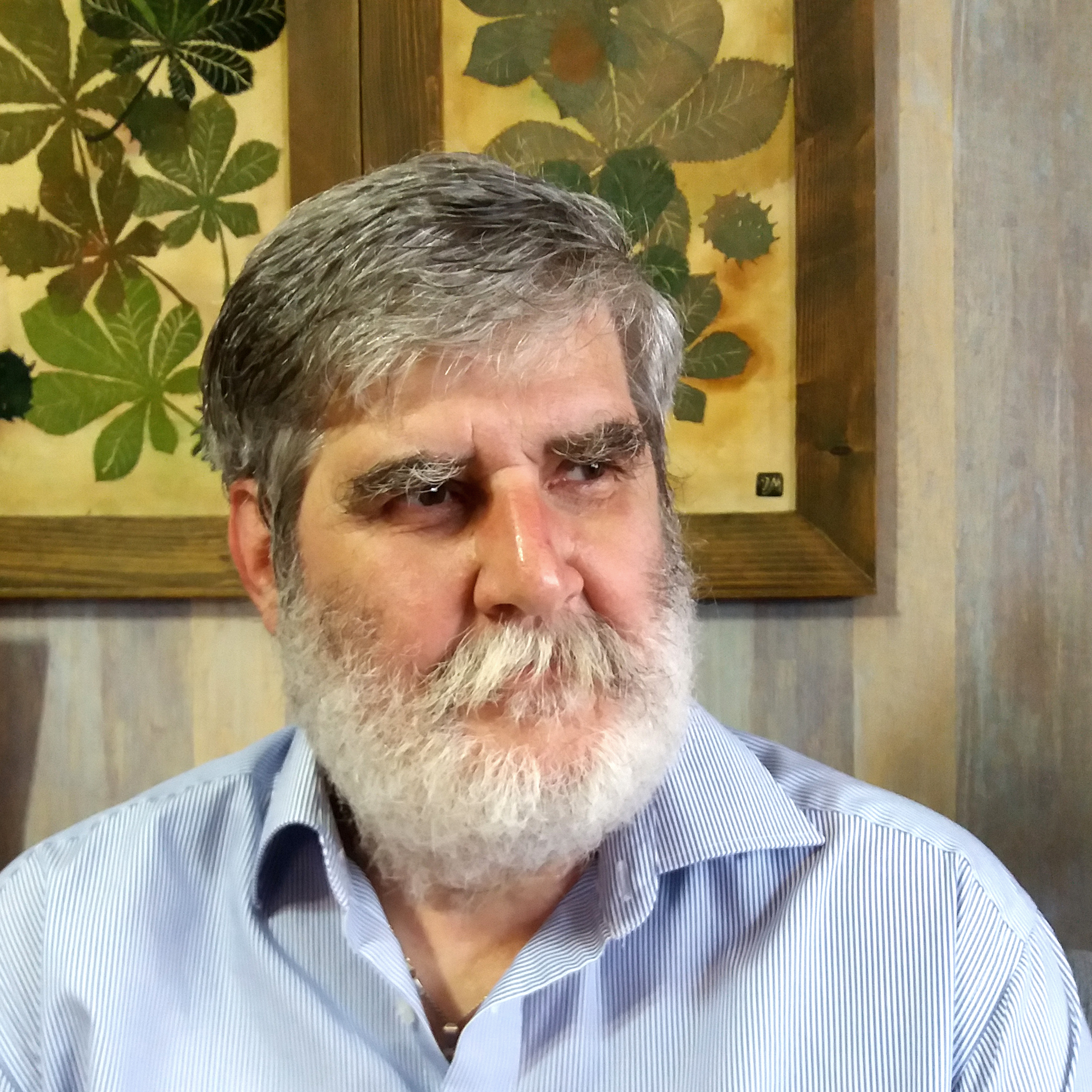 The Romanian top cartoonist Mihai Ignat did win last year the Prize of the ECC in the Euro-kartoenale 'The Soul'. And now he has his personal exhibition in the ECC.

Mihai doesn’t publish his work in newspapers or other magazines, he’s keeping all his resources for the “battles” of contests.

He started participating in contests in 1987 in Gabrovo (Bulgaria). He did win his first grand prize in 1996 in the Aydin Dogan Cartoon Contest (Turkey). Since then he has won many awards all over the world, in countries as Norway, Russia, Croatia, Japan, Italy, Poland, Korea, Taiwan, Portugal, Iran, Canada, China, Mexico …

He began his career using the linocut technique, but he changed afterwards to watercolors.

His successes started in 1990, when there was an important change in Romania’s politic system, and  Romanian caricature was searching for a new way of interpretation. Mihai Ignat reused old topics of his cartoons, searching new ways of expression. Therefore, he often changed not one, but two elements in a real situation. So the two faced caricature was born, a more complex cartoon. Mihai actually invents imaginary situations, in which he creates a joke. Presenting a graphic work of art, rich and various in topics, from anecdote to parable, from pastiche to ingenious invention.

Irancartoon describes him as the 'Master of Black Humor'.

You can visit his exhibition in the ECC from 24 June till 23 September 2018, every Sunday from 10 to 12 am and from 2 to 5 pm. Groups of 10 persons or more are welcome on other days by appointment.