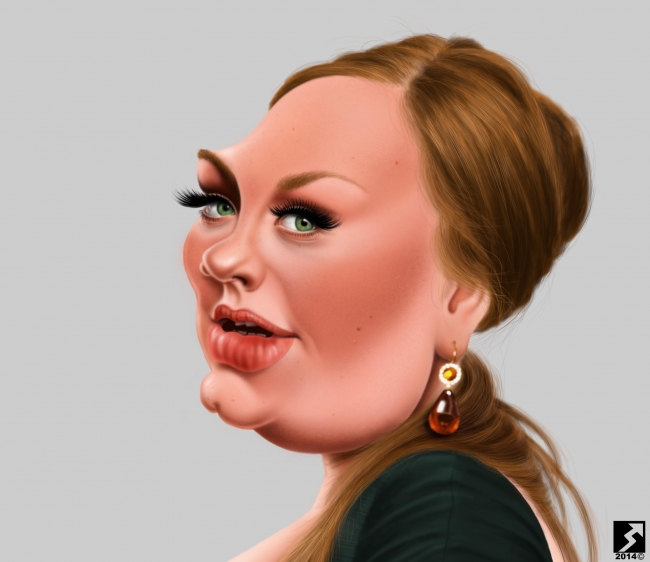 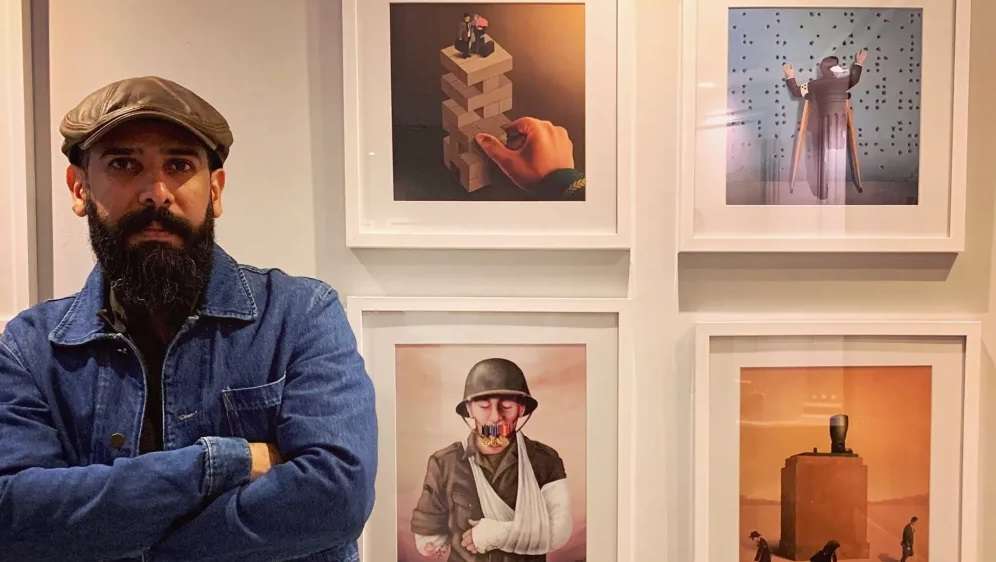 THE EXHIBITION 'The lost generation'

This exhibition by Iranian cartoonist Saman Torabi (b. Tehran, 1981) gathers cartoons he created over the past five years.

The common theme through the works on view are the issues and challenges of the present day. Themes like war, migration, freedom, environment and drought, women's rights, poverty, discrimination, problems linked to digitalisation and social media are featured prominently.

In his work, he tries to exaggerate the ugly sides of our complex world so that the spectator becomes even more conscious of the danger facing the world. His cartoons are meant to make us think and trigger us into finding some solutions.

Besides cartoons, Torabi also presents some caricatures, mostly those of pop stars and soccer players. These are all being digitally coloured.

"This is the story of the lost generation. They were born after the revolution. Their childhood coincided with war. The generation were under the pressure of strict religious education. The generation for whom happiness was forbidden and became matured from early ages. They were growing under the rules of religious dictatorship, sad but hopeful ones. They were aware and questioner youth, brave boys and warrior girls, without the right to ask. Now on the verge of middle age, they are still fighting for change. For a new revolution, to achieve their dreams as well as build the better condition for the future. Yes! This is the story of my generation in Iran."

Saman Torabi was born in 1981, in Tehran, Iran. His artistic career in cartooning and caricature began as a child. His work was first published in the magazine "Comic and Caricature" when he was 13 years old.

He completed his Master's degree 'Restoration and Conservation of Cultural Heritage (M.A)' at Isfahan Academy in 2008.

He then started participating in cartoon and caricature festivals and exhibitions.  His first solo exhibition was at "Iran Cartoon House" in Tehran in 2011. His international breakthrough came when he won his first major prize at the international cartoon festival "Universal Tolerance" in Norway in 2013.

Nowadays, he is recognised as one of the best cartoonists in the world and has won more than 30 awards at a number of prestigious festivals such as Satyrykon in Poland (three times), Aydin Dogan in Turkey and an honourable mention at the Euro-Kartoenale in Kruishoutem. He has also been a jury member in many national and international cartoon competitions.