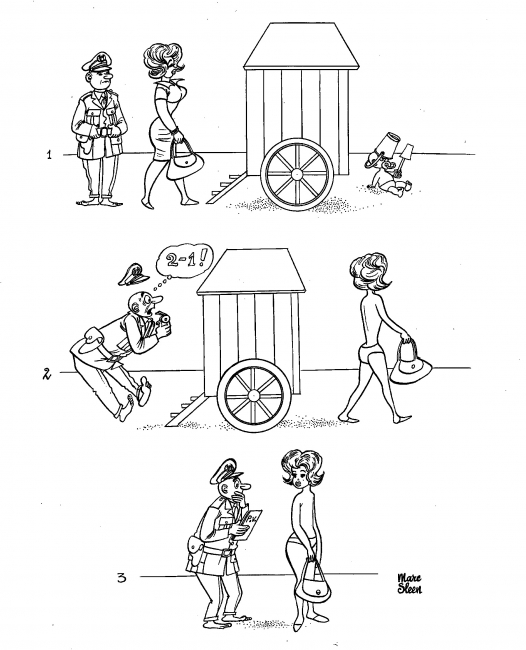 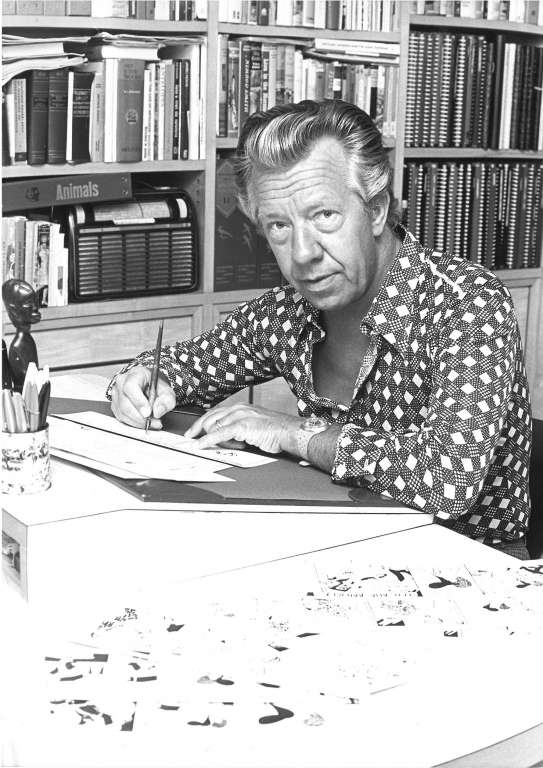 Marc Sleen is the only Flemish artist who got into the Guinness Book of World Records with the amount of drawings he created.

Of course everyone over 25 knows the comic strip series Nero, but there is much more. With the exhibition 'Sleens Other Hand', curator Kim Duchateau wants to bring attention to this other and for the general public less known work. Cartoons based on the actuality of the time or just off the cuff.

Sleen's humour in his cartoons is the same as in Nero, albeit without or with limited text. It is also unbelievable how Sleen's cartoons, more than 60 years later, are still understandable and fresh. Cartoons that are close to the human being, absurdity is never far away, here and there a touch of black humour. Sleen also dared to experiment in drawing style. All the ingredients for a stunning exhibition.

Marc Sleen (1922-2016) started his drawing career in 1944 as a political caricaturist in the newspaper De Standaard. Barely three months later he drew his first comic strip series in the weekly Ons Volk: De avonturen van Neus (The adventures of the nose), soon followed by series such as Tom and Tony, Stropke and Flopke and Piet Fluwijn and Bolleke. It would not take long, however, before one of Vlaandam's best-known comic strip heroes flowed from Marc's pen. None other than Nero appeared in De avonturen van Detectief Van Zwam in 1947. Nero is an average Fleming who, surrounded by a colourful group of side characters, experienced no less than 217 adventures. Marc Sleen kept up a murderous pace of two strips of Nero per day. How he managed to create series such as Oktaaf Keunink, De Lustige Kapoentjes and Fonske and draw a daily cartoon about the Tour de France every summer, remains a mystery to this day.