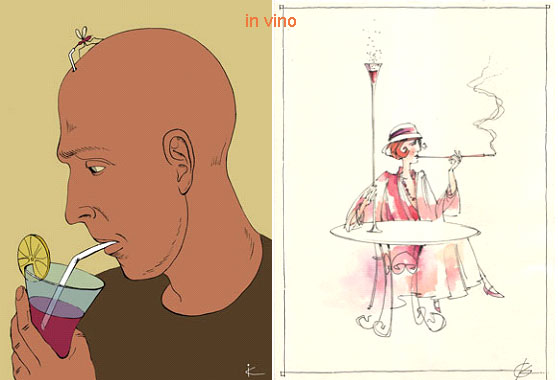 The concept of the exhibition 2Katz is the « binocularity »: two visions on a same topic, two expressions of two artists, an older one and a young one, a father and a son. Their works are presented in thematic pairs, giving each time a dramatic conflict to the whole. Visitors can admire the works as through “binocular spectacles”.

Father Grigori Katz and son Ilya were born in Kirgyzstan, respectively in 1948 and 1072. The two artists are now living in Israel since 1992.

Grigori is working as architect, drawer and illustrator. Since 2008 he is participating to international cartoon exhibitions and competitions; he won prizes in Belgium, Poland, Russia, Azerbaijan, Israel, China, South Corea, Bulgaria, Romania, Macedonia and Hongaria.

2Katz can be admired at the European Cartoon Centre, Brugstraat s/n in Kruishoutem, every Sunday from 10 – 12 a.m. and 2 – 5 p.m., from January 29th until April 1st. Groups of 10 persons and more are also welcome by appointment on other days.