Previous exhibitions - Alessandro Gatto - a survey of his work 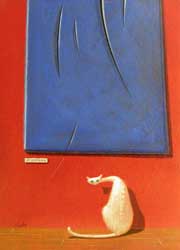 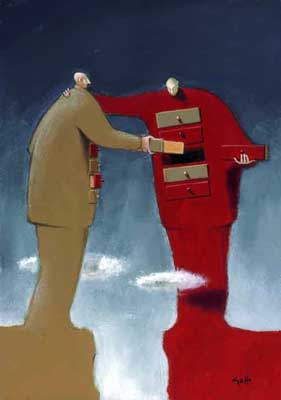 Since 1985 he has been involved in many illustrations and humoristic graphics. He also takes part in reviews and collective exhibitions in Italy and abroad. He won a lot of cartoon rewards: Umoristi a Marostica, Tolentino, Eurohumour, International Editorial Cartoon Competition Ottowa, Kozuchow (Poland), Boechout,…

This year he was the winner of the first prize in Knokke-Heist, Hyderabad (India) and Tehran, and other prizes: Legnica (Poland), Kolasin (Montenegro), Portocartoon, Istanbul, Gallarte (Italy) and Bejing.

Gatto is one of the most successful cartoonists actually. His drawing may be considered as masterpieces. An exhibition you can’t miss!