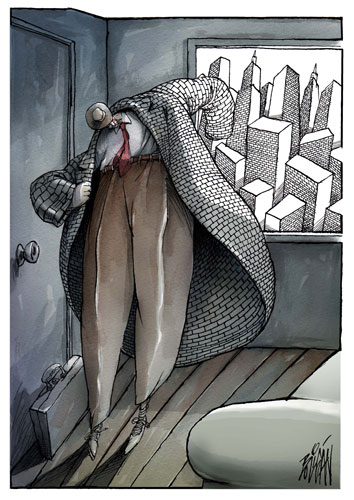 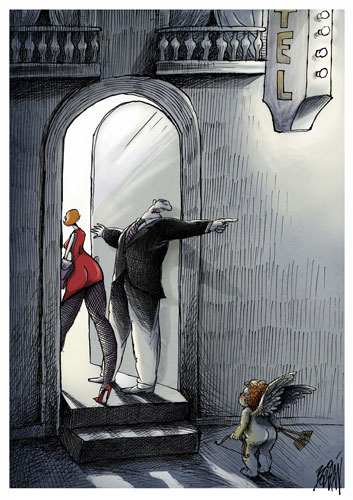 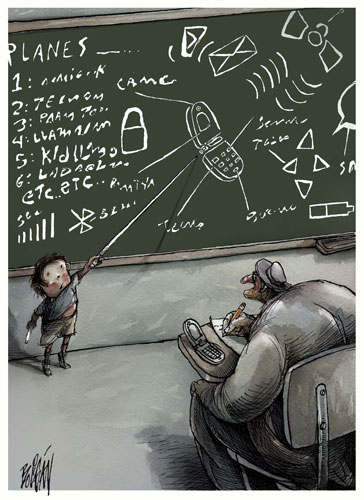 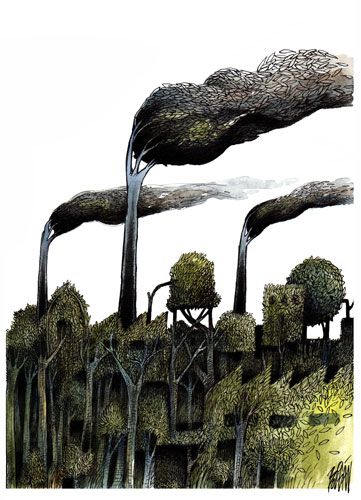 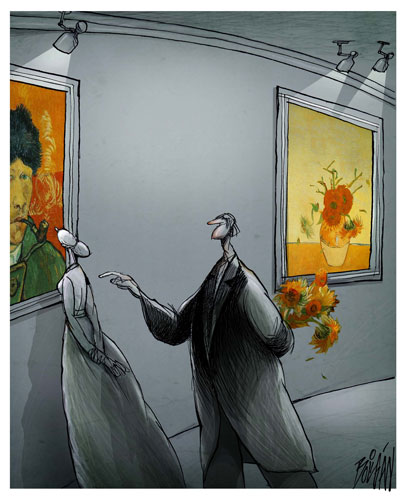 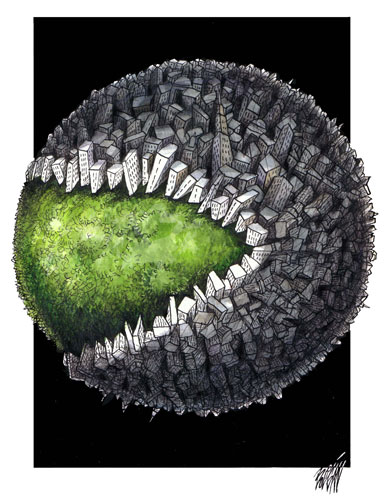 Angel Boligàn was born in Havana in 1965. In 1992 he moved to Mexico. He draws for the newspaper EL UNIVERSAL and the satirical magazines CONOZCA MÁS and EL CHAMUCO. He is a member of the cartoonist group "Cartooning for Peace" and won worldwide more than 130 prizes in cartoon competitions.

Angel comes from a country surrounded by dreams, frustrations and sometimes nightmares. Cuba, land of intensive social and political incidents, gave Bolig án the experience of life. A socialist who later will perceive the capitalist world with a broader look, becoming that way an observer with a surprising maturity.

In 1992 he left Cuba for Mexico, but it is only since 2000 that his talent could start the conquest of the world: thanks to the participation in major international exhibitions and by winning several prestigious awards, by collaborating with the international press (especially "Le Courrier International - Paris") and more recently through the systematic diffusion of his works over the Internet.

Since the beginning of this century he conquered one country after another in Europe and in Latin America, but also China and the United States. He is therefore a cartoonist of the 21th century.

We can call Boligàn a "cartoonist at-all-areas". His work consists of excellent editorial cartoons, remarkable caricatures, small strips of high quality, but his great talent is mainly reflected in his humorous drawings.

In dealing with everyday problems, love and disappointment, ecology, religion, speculation, new technologies and corruption, with a subtle humor and great capacity for synthesis, Boligàn gives to his original artworks the exceptional effulgence.

So we prefer to see Boligàn as innovative cartoonist."

The exhibition MONDÉVIDENCES can be admired at the European Cartoon Centre, Brugstraat s/n in Kruishoutem, every Sunday from 10 – 12 a.m. and 2 – 5 p.m., from 30 September till 21 December 2012. Groups of 10 persons and more are also welcome by appointment on other days.