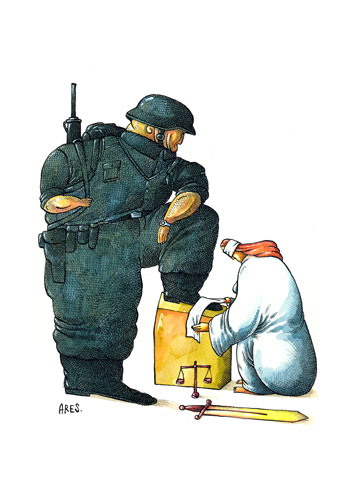 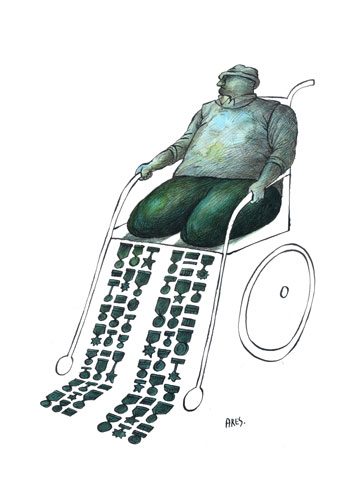 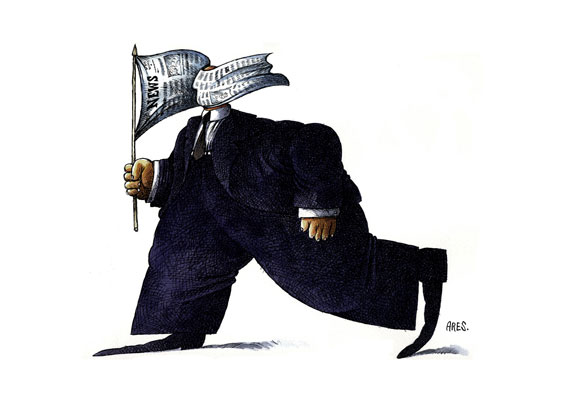 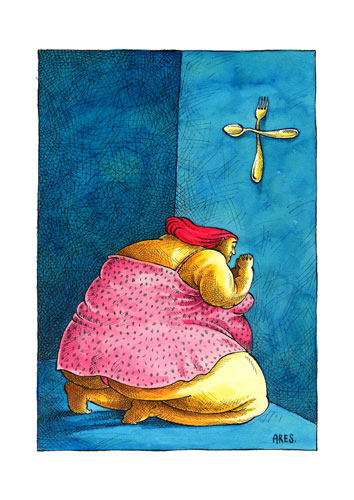 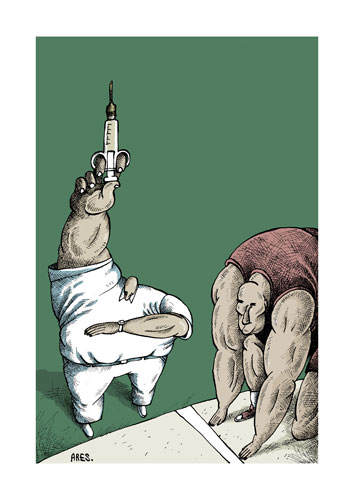 Aristides Esteban Hernandez Guerrero, better known as ARES, was born in Havana Cuba, in 1963. He studied medicine and psychiatry and is a self taught cartoonist, illustrator and painter. He lives and works in Havana.

His first cartoon was published in 1984, and subsequently many others have appeared in newspapers and magazines all over the world. He has published 24 books and illustrated more than 80 others. He has made oil paintings and worked in TV and Film, making animated short films (filminutos) based on his artwork.

He has participated in many international cartoon competitions and has been rewarded with 102 national and 133 international awards. He has been a judge in cartoon contests in Mexico, Italy, Brazil, Turkey, Cuba, and Iran ... He has given lectures on cartoons and comics in Cuba, Iran, Mexico, Colombia, Turkey, Canada, Spain, Venezuela and Finland.

Ares was nominated by Witty World Magazine (US) to be admitted to the register of the best cartoonists in the world. In Cuba he received the Quevedos Iberoamerican Cartoon Award, and he was included in the list of the 20 best Cuban cartoonists of the 20th century. In 2002 he received the National Culture Medal from the Cuban Cultural Minister.

You can visit his exhibition in the ECC from 25 January to March 22, every Sunday from 10 to 12 am and from 2 to 5 pm. Groups of 10 persons or more are welcome on other days by appointment.