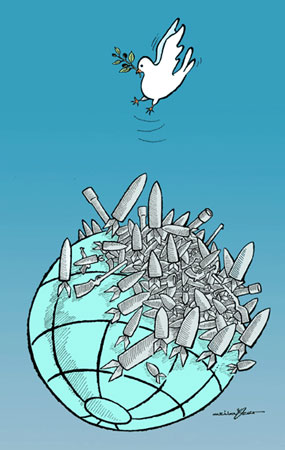 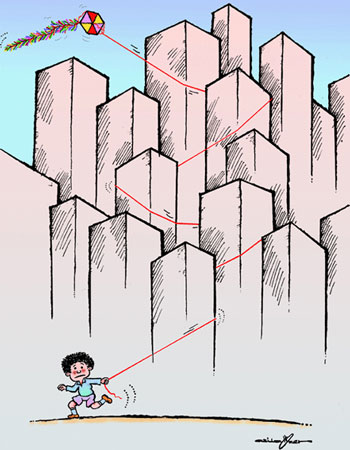 Atila Ozer was born in Burdur (Turkey) in 1949. He graduated from State Engineering and Architecture Academy as a Construction Engineer. 7 years later he ended his career as a construction engineer. He completed his master’s degree in Communication Arts and his PhD in Graphical Design.

Besides professor at the university he is also a world-famous cartoonist. Turkey is a country of cartoonists, and Atila is certainly top of it. His first cartoon was published in 1973 in "Bonbon", the humor magazine of the national newspaper Hurriyet.

He won dozens of awards in cartoon competitions in Japan, China, Korea, Iran, Syria, Cyprus, Germany, Bulgaria ... His cartoons were published in domestic and foreign newspapers and magazines. He makes also cartoons for educational TV programs. He had personal exhibitions in Turkey, Austria and Germany.

And now for the first time in Belgium, don’t miss this unique exhibition!