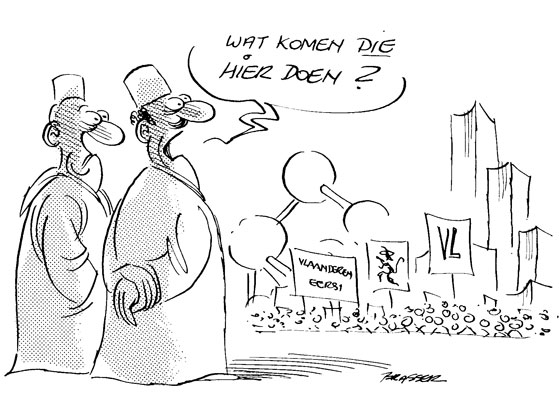 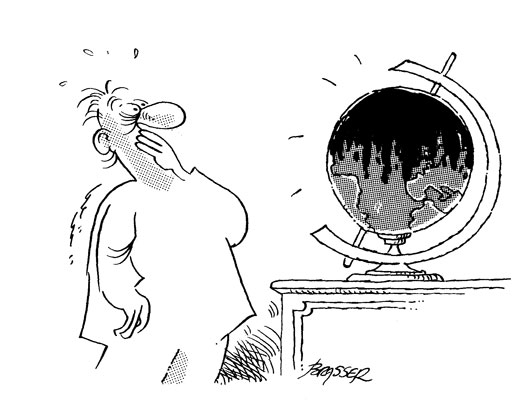 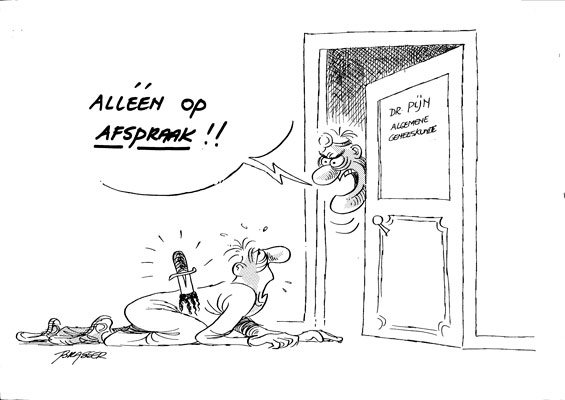 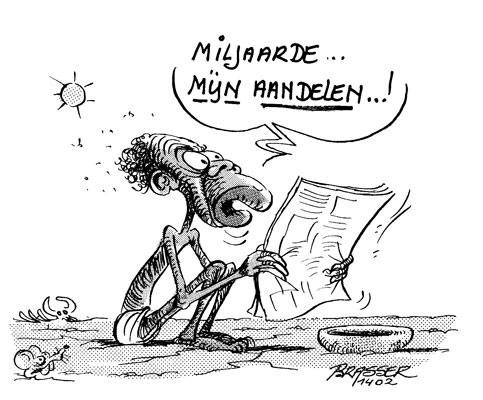 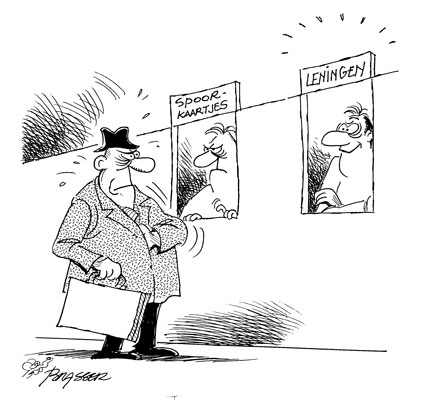 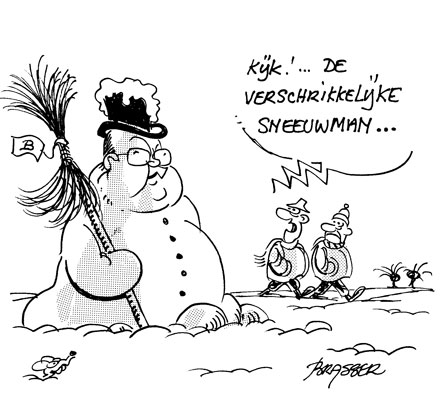 Paul De Valck “BRASSER” was born in Humbeek on March 6, 1937. In the sixties he married Leona Van Belle from Schepdaal, a municipality of Dilbeek, and became that way a thoroughbred citizen of the Pajottenland. He borrowed his pseudonym as cartoonist from the nickname of the inhabitants of Humbeek, the “Brassers”. He died on March 15, 2001 at home in Schepdaal.

He started his career as retoucher of photographies and films at the printing-office ASAR in Anderlecht. Afterwards he worked for some organizations as graphic editor and journalist. He made drawings for papers as De Volksmacht, Raak, De Brusselse Post, TV-Express and during 40 years for ‘t Pallieterke.

In the beginning of the seventies he was the cartoonist of the newspapers De Standaard, Het Nieuwsblad and De Gentenaar creating the well-known “schaVOTjes”, “GRAFiekjes” and of course “Brasserie”. During 25 years he realised each day the “PRIK” in Het Nieuwsblad and De Gentenaar. Emiel De Bolle, Leo Fabri, Cram and Royer were the other artists for this cartoon and now it is MAREC who takes care of the daily humour injection. Together with André Nollet and Emiel De Bolle he collaborated at the annual “’t Jaar 1991 uitgePERST”. And from 1996 till 1999 he made on television, for the regional TV, a cartoon named “Pen en Streek”.

He participated to nearly all cartoon contests of the world and gained a lot of prizes and distinctions. In Belgium he got the public prize at the world cartoon contest of Heist-Duinbergen (1968), a prize in Beringen, the press prize in Hoeilaart and so on. Abroad he won for instance two times the press prize at the well-known “Yomiuri Shimbun” of Japan. His cartoons were exhibited in Japan, South Africa, Greece, Ireland, England, France, South Korea, the USA, the Netherlands, Poland,... and now in Kruishoutem.

From his very extensive work his friends and former colleagues Emiel De Bolle and André Nollet selected some 300 original drawings that after so many years still apply. Belgian politics, the church, sports, the environment, animals,... everything gets a chance, interlarded with the peculiar black humour.

A foretaste of the timeless humour of Brasser: