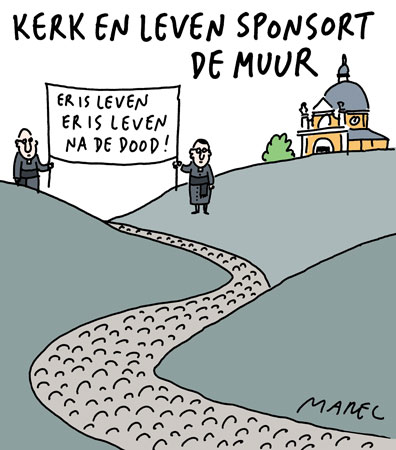 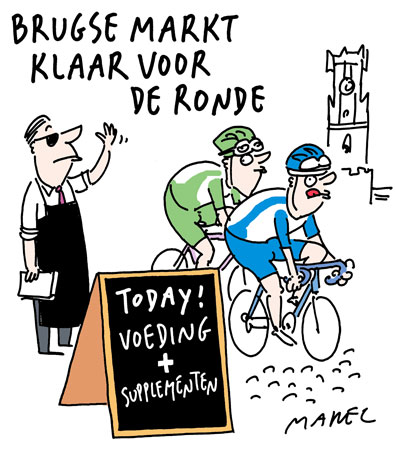 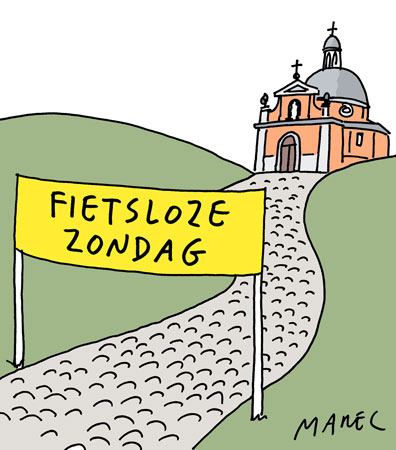 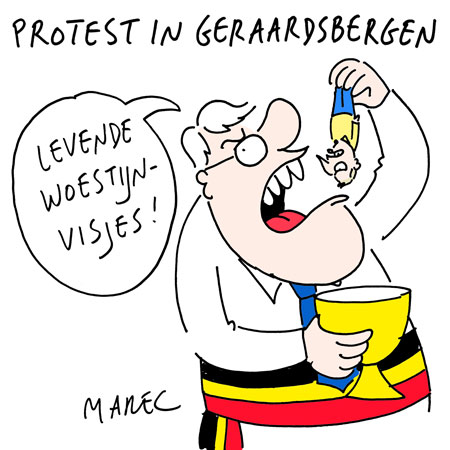 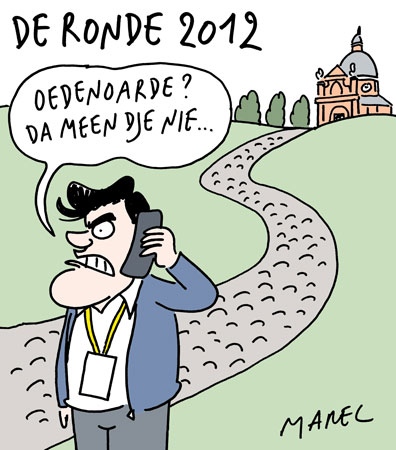 Marc De Cloedt, alias MAREC, was born in 1956 in Bruges. He studied at the Academy of Fine Arts.

His first cartoons appeared in 1984 in the Bruges cultural magazines "Kan't? Magazine" and "De Uitkrant". In 1986 he made a weekly cartoon in the regional edition of the newspaper "Het Nieuwsblad" about the Bruges actuality. In 1992 he made drawings for the progressive magazine "Markant", where he was discovered by Karel Anthierens who in 1993 asked him to draw a daily cartoon for the newspaper "Het Volk".

Jan Van Rompaey launched him into his television programs "Zeker Weten" and "Schermen". Since 1994 he draws weekly cartoons for the weekly "Dag Allemaal" and since 1998 he makes daily cartoons for the newspapers "Het Nieuwsblad" and "De Gentenaar".

His work deals mainly with the domestic and foreign actuality. For Marec a cartoon means above all a means to break with contemporary beliefs. His biggest inspiration were the cartoons of Picha and the French cartoonists Reiser and Wolinski which he discovered in the magazines Hara Kiri and Charlie Hebdo.

Since 2000, each year a cartoon book of Marec is published by Uitgeverij Van Halewyck. The last one was "Cirque sans soleil" in 2012. In June 2011 he signed a postage stamp for B-Post, with the theme "Humor is strength".

You find some examples of his work on www.nieuwsblad.be.

The cartoons of Marec can be admired at the European Cartoon Centre, Brugstraat s/n in Kruishoutem, every Sunday from 10 – 12 a.m. and 2 – 5 p.m., from 24 March till 23 June. Groups of 10 persons and more are also welcome by appointment on other days.