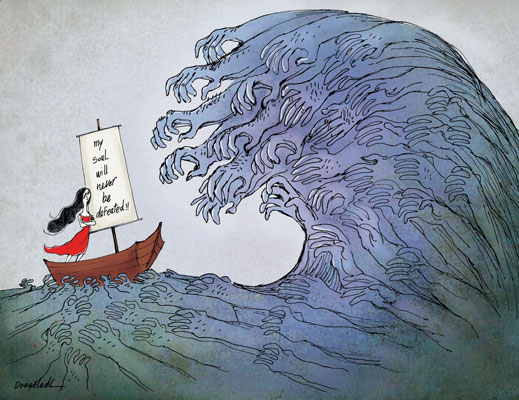 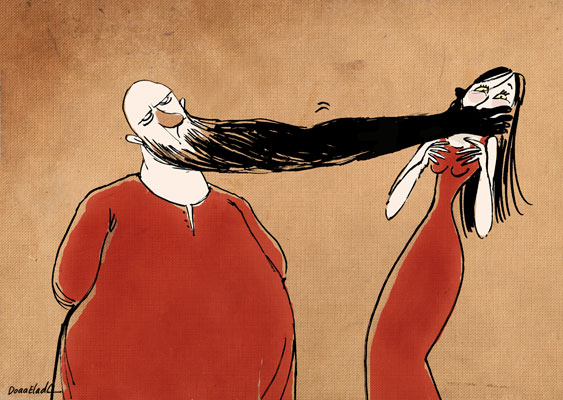 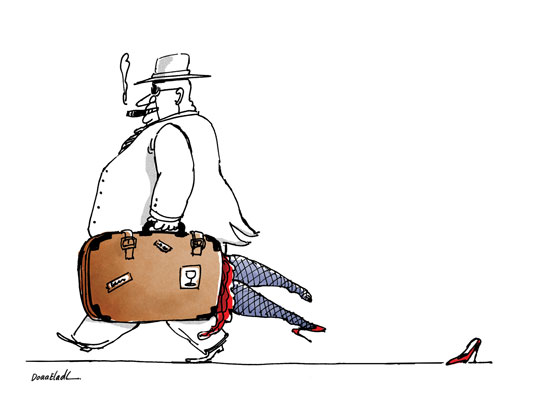 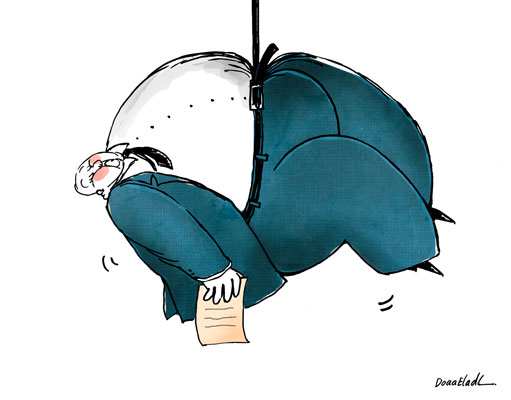 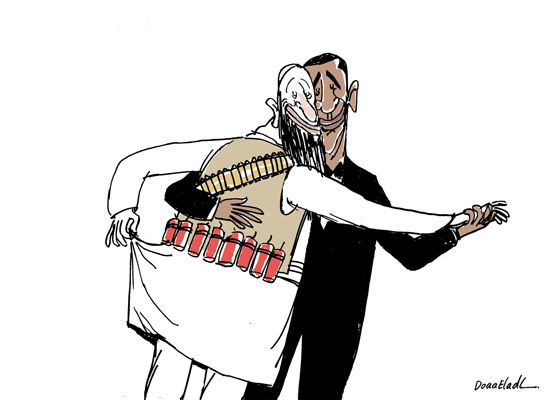 Doaa Eladl is one of the most famous cartoonists in Egypt and is an important voice of the press in the post-revolutionary Egypt. She publishes her drawings in the independent daily Al-Masry Al-You, and is the only woman in a team of four artists. She also illustrates children's books and uses social media to share her drawings. On Facebook she has more than 12 500 friends, on Twitter 5 500.

During the Egyptian spring no newspapers were published for weeks on end, so Doaa and her colleagues diffused their drawings on the streets with the demonstrators.

She has had exhibitions in France, Italy, Spain and Tunisia. In 2009 she was nominated as the best cartoonist by the Union of Journalists in Egypt. She was also honored for her press cartoons in Italy and Saint-Juste-le-Martel in France. In 2012 she became an honorary member of FECO France and in 2013 she received the award "Resist Violence Against Women" and in 2014 of "Cartooning for Peace".

You can visit her exhibition in the ECC from 25 January to March 22, every Sunday from 10 to 12 am and from 2 to 5 pm. Groups of 10 persons or more are welcome on other days by appointment.