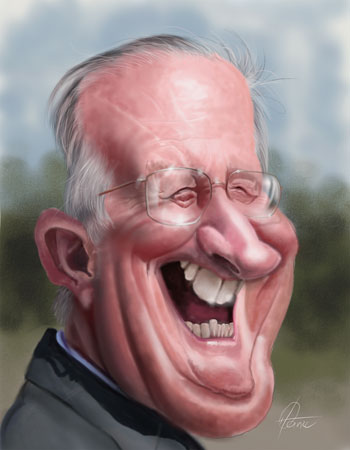 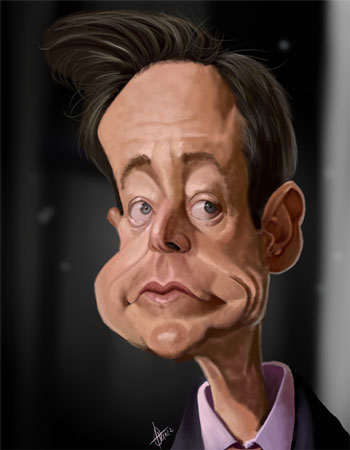 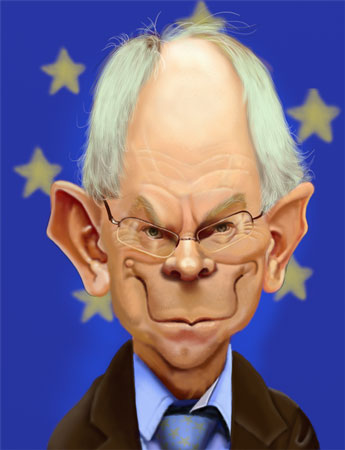 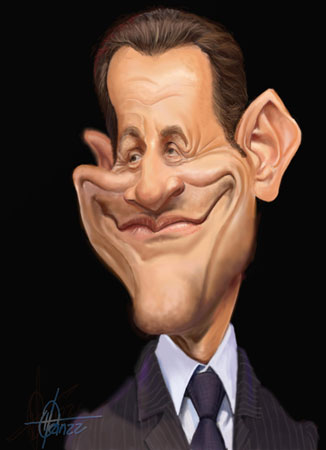 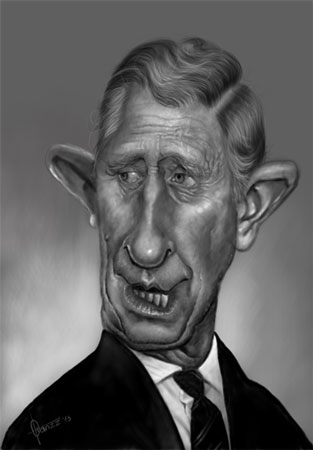 Born in Izegem (Belgium) in 1960, little Hans DECONINCK was quickly fascinated by cartoons and caricatures. He saw them in the newspapers and in shop windows. He spent days and nights drawing caricatures to the great despair of his parents who considered his passion as an idiosyncrasy. That's why they advised him to do something useful, to find a more meaningful hobby, football for example. But Hans never wanted to abandon his favourite hobby. Drawing, creating something out of nothing, or transforming things was like magic to him.

Up until 1999, Hans was only drawing as an amateur, without any particular goal. This was certainly not a waste of time. All the experience he gained during these years would become very useful in the years to come.

His perception of drawing changed once and for all, when he discovered the compatibility of his computer to the WACOM tablet. His first attempts on this graphic machine boosted his passion even more.

In 2000, Hans enters a cartoon contest on Jan op de Beeck's website. He wins the first prize which encourages him to continue his digital drawing. From that moment on Hans won a lot of cartoon competitions. With this talent he has made many friends from all over the world, from Belgium to Argentina and from China to America.

He also cooperates in the testing of new types of tablets and graphic computer programs. He is severely contaminated by the cartoon bug and refuses any antidote to it. To make thing's worse, he cultivates his virus and calls it "HANZZ".

You can visit his exhibition in the European Cartoon Centre from 29 September until 22 December 2013 ; every Sunday from 10 to 12 a.m. and from 2 to 5 p.m. Groups of 10 persons or more are welcome on other days by appointment.