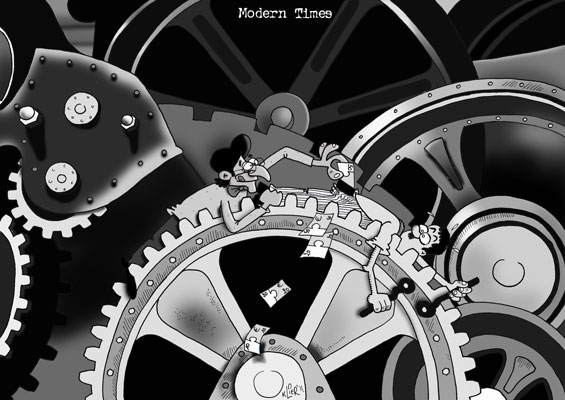 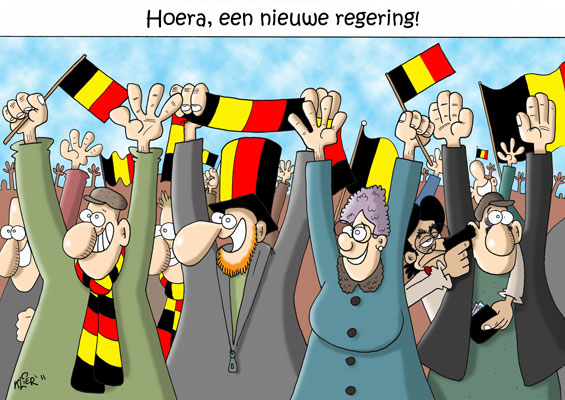 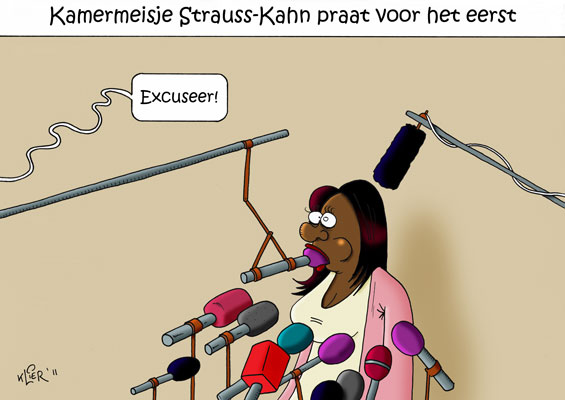 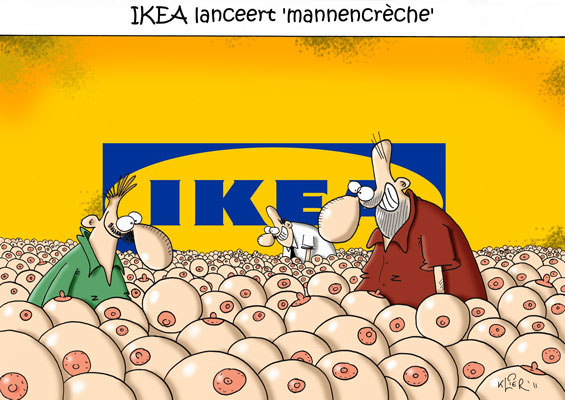 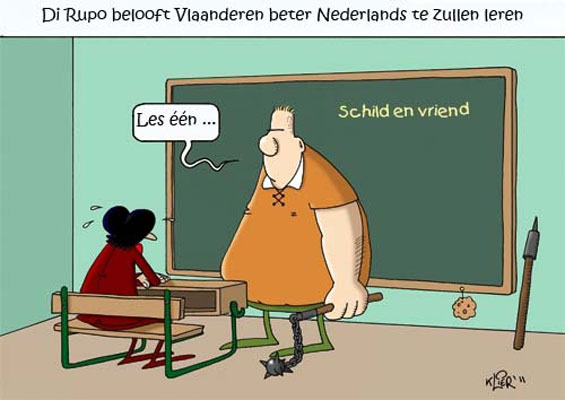 Klier (30/09/1966 Hamont, Belgium) was as adolescent not blessed with social skills, but he finally found through drawing cartoons a way to express himself. The fear of the teachers to see themselves once again as a caricature in the local student paper, opened him the way to the accountancy certificate.

He was noticed by the newspaper Het Belang van Limburg thanks to a cartoon special of the cartoon collective Balzak about the dismissals at Ford Genk and since November 2003 he is drawing each day for this newspaper. Besides he is also cartoonist for the town of Genk and for the independent concern organization Unizo.

In 2007 he won the public prize of the Press Cartoon Belgium.

The cartoons of Klier can be admired at the European Cartoon Centre, Brugstraat s/n in Kruishoutem, every Sunday from 10 – 12 a.m. and 2 – 5 p.m., from January 29th until April 1st. Groups of 10 persons and more are also welcome by appointment on other days.