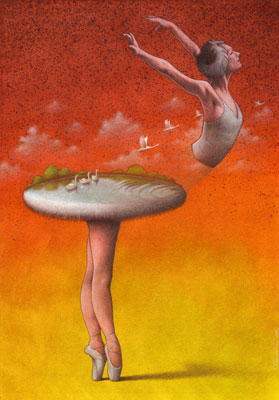 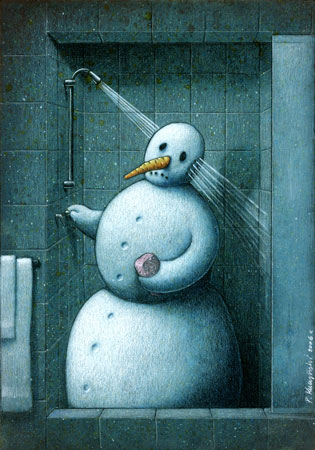 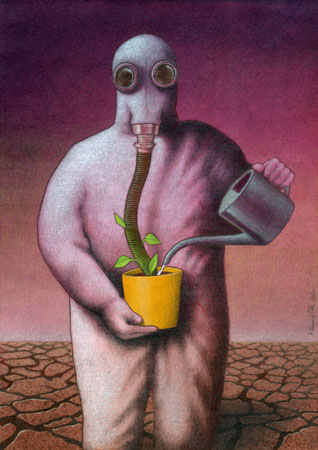 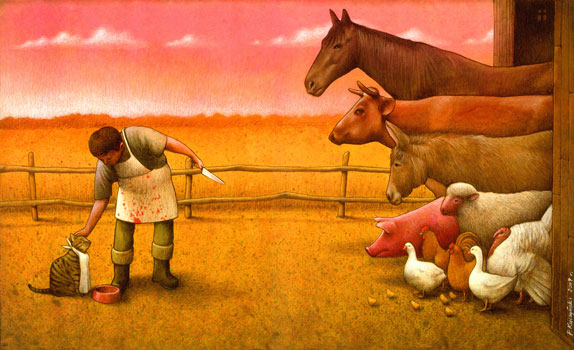 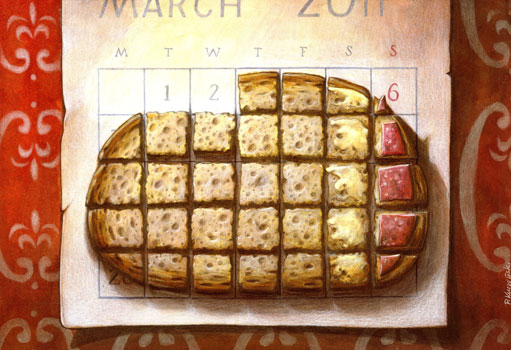 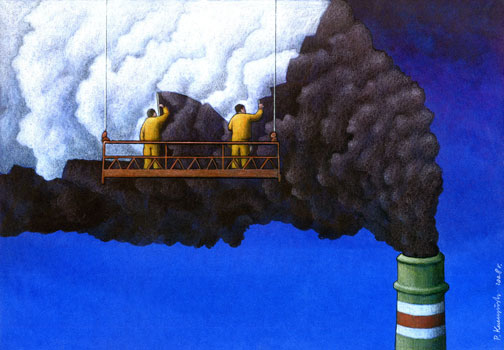 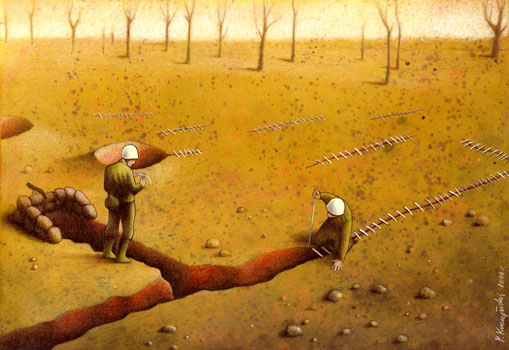 Pawel’s art is extremely evocative. His drawings always confront the viewer with specific current problems known from the media, but presented here in an altogether different form. In his surrealistic work, full of visual metaphors and black humor,

Kuczynski confronts the viewer with contemporary problems. He is very committed and hard in its political and social diagnostics. The sad truth about human condition, about social, political and environmental threats takes definite shape and is no longer abstract. Most of his works deal with serious themes such as poverty, greed, politics and finitude. However, the grotesque perspective allows him to tame fear and make unpleasant facts bearable.

Among Pawel’s works, there are also purely humorous drawings and others based on playing with form, subtle, even poetic in their expression. These act as interesting ‘interludes’ in his art.

The cartoons of Pawel Kuczynski can be admired at the European Cartoon Centre, Brugstraat s/n in Kruishoutem, every Sunday from 10 – 12 a.m. and 2 – 5 p.m., from 27 January till 17 March 2013. Groups of 10 persons and more are also welcome by appointment on other days.