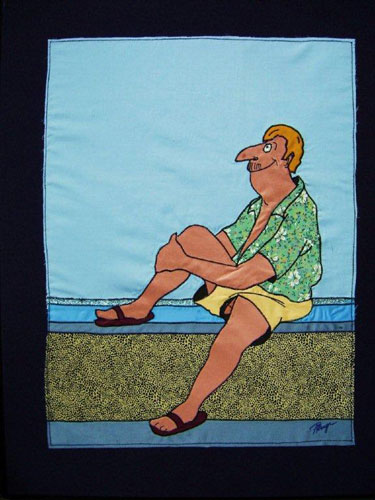 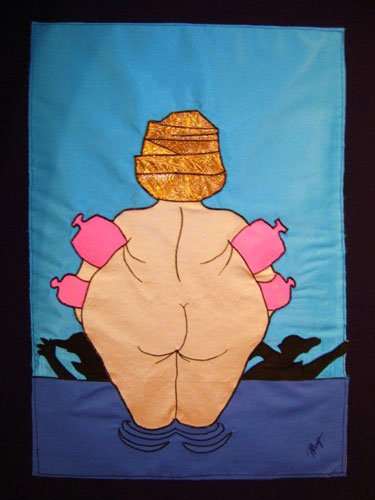 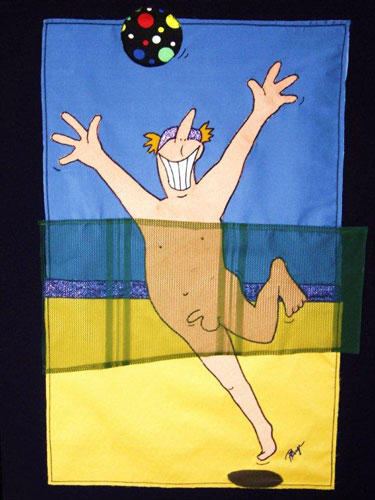 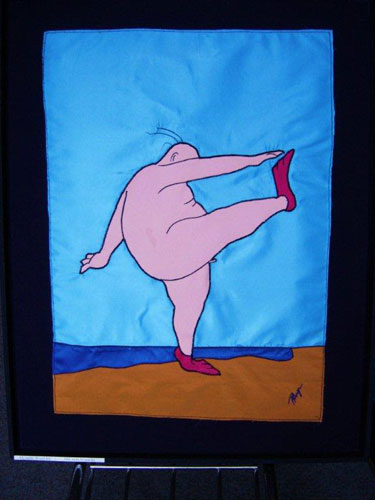 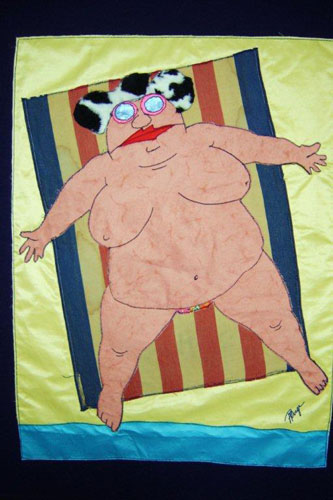 Everybody knows them, the tourists on the beach protecting themselves from the sun with a coat of shining oil. The German cartoonist Peter Ruge is watching them for hours and all their acts and attitudes are precisely recorded in his sketch-books. Beautiful brightly-coloured beach towels are the final results of these fine observations.

Peter Ruge was born in 1946 in Germany and he studied at the Art Academy of Stuttgart. He started his career in 1979 as illustrator and cartoonist. His illustrations were published in more than 60 books, but he is particularly known as the cartoonist of the “Strand-gut”. He lives by turns in Berlin and in Stuttgart. Numerous exhibitions were dedicated to his works, not only in Germany, but also in the Cartoon Museum of Basel, at Saint-Just-le-Martel and at the Shrewsbury

All summer long the beach towels can be admired in the ECC. You will be taken by surprise at the scenes and the characters in such a way that you will feel yourself on the beach. Harsh humour nevertheless giving a good feeling, even on a rainy summer day.