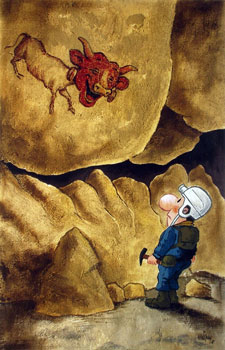 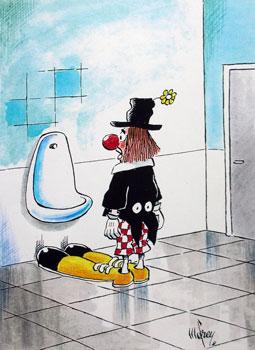 The French cartoonist Roger Mofrey was born in 1927 in Paris, where he graduated as an interior designer.

Later he moved to London for three years to make press cartoons for the Daily Telegraph.

He has had personal exhibitions in Bulgaria, Romania, Italy, Monaco, the Netherlands, Switzerland and has received grand prizes in Louviers, Lussac Saint-Emilion, Saint-Just-Le-Martel and Juvignac.

We are very honored to receive this famous artist in the ECC.