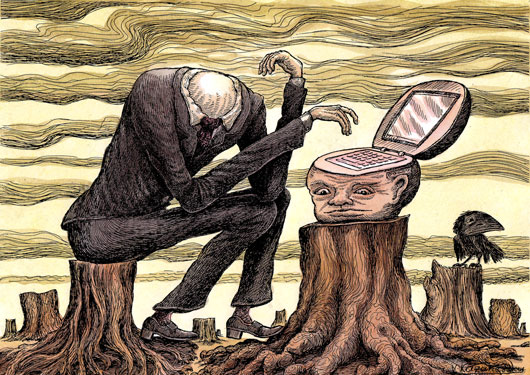 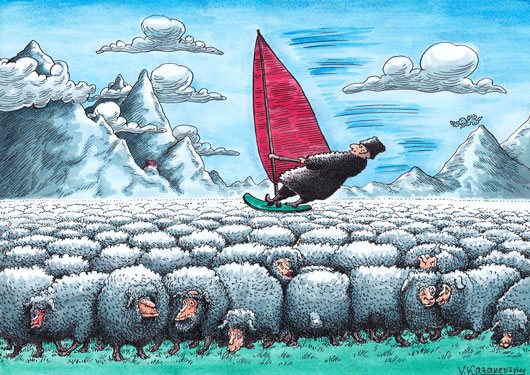 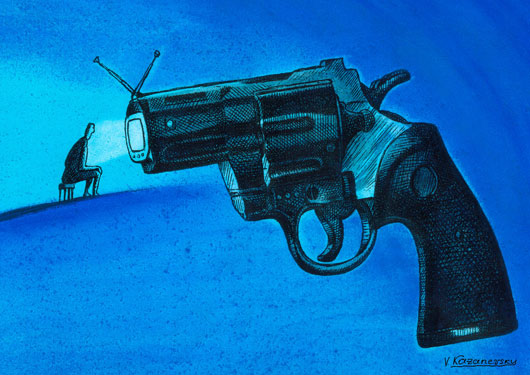 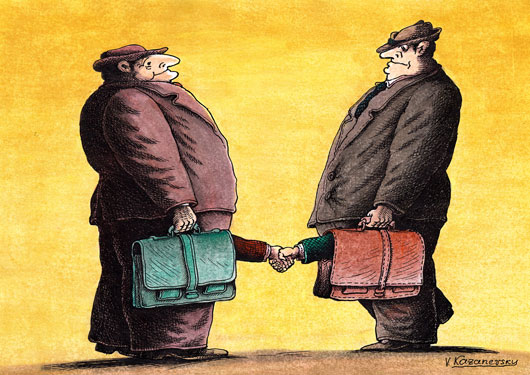 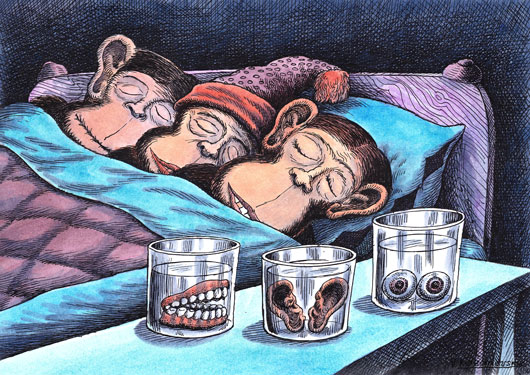 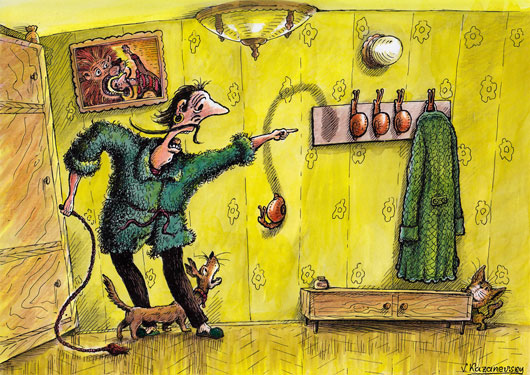 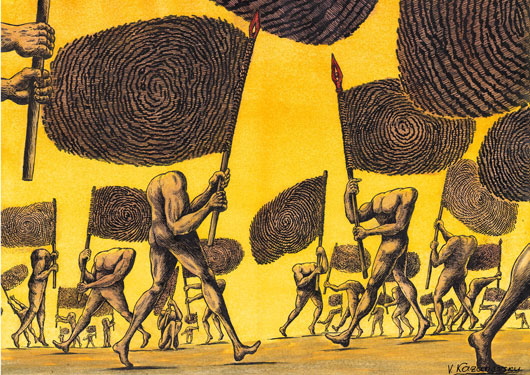 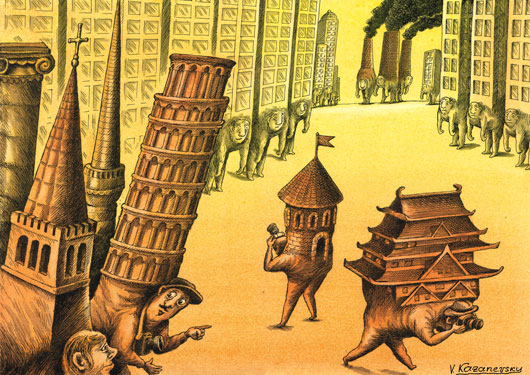 He was born in 1950 in Lebedin, Ukraine. He now lives and works in Kiev. In 1973 he obtained a graduate in 'Cosmic Radiophysics', and in 1984 that of 'Press Artist' at the Institute of Journalism in Kiev.

His cartoons have been published in numerous newspapers and magazines around the world (Japan, Russia, Ukraine, Switzerland, the United States, Germany ...). He has won more than 400 prizes at cartoon competitions in 49 countries, including the 1993 Euro-Kartoenale in Kruishoutem with the theme 'Magic'.

He is amongst other things renowned for his headless characters and animals, for poetry without words. He has studied the secrets of the Universe and finally chose the microcosm of the human soul.

'People with their own heads are supposed to be happy, healthy and intelligent. There would be no more wars, drugs, prostitution ... But they have deliberately turned their heads away. They have decided that the soul was in their heels or in their hearts, their gallbladders or their stomachs, but not in their heads. This is how they began to live. They no longer know how to think for themselves, and a government without a head does not know where it is going. If you look around yourself, you notice this results in a 'headless' society.'

You can visit the exhibition from September 28 to December 21 2014 in the ECC, every Sunday from 10 to 12 am and from 2 to 5 pm. Groups of 10 persons or more are welcome on other days by appointment.