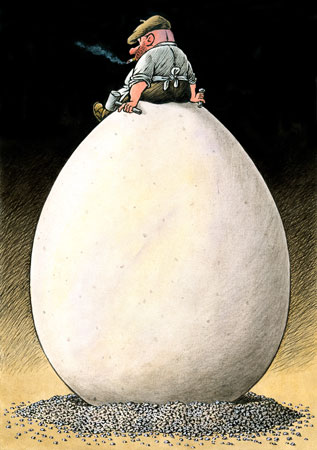 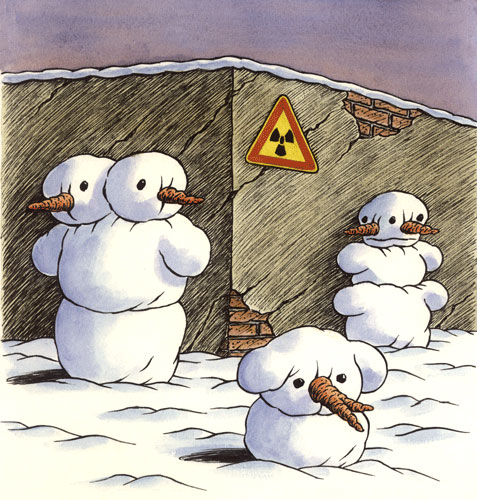 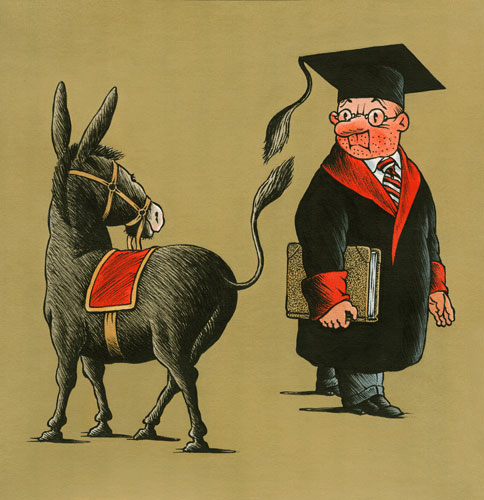 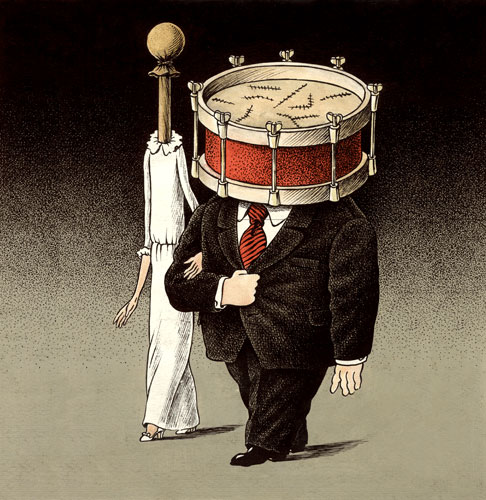 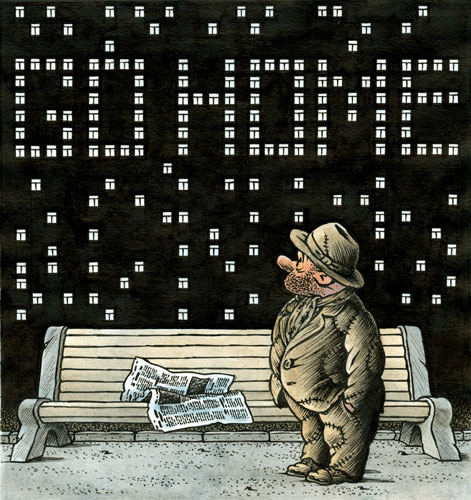 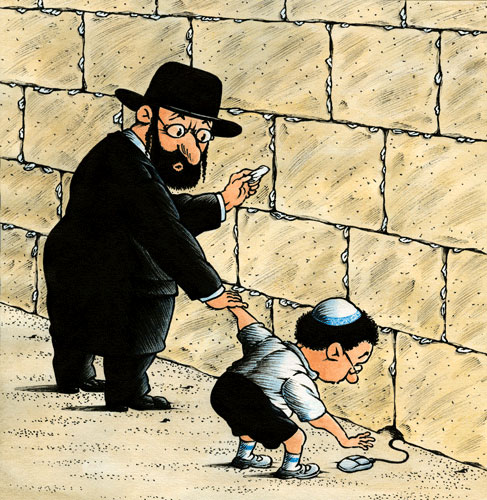 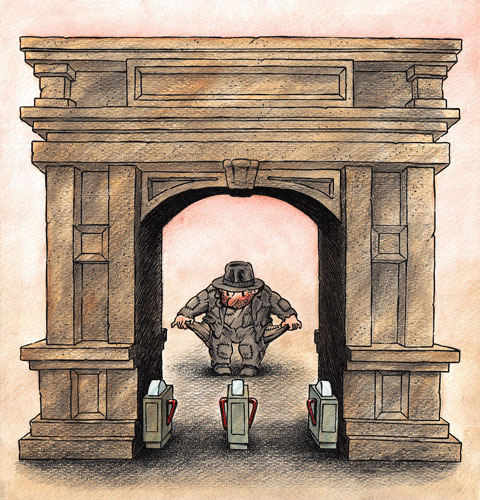 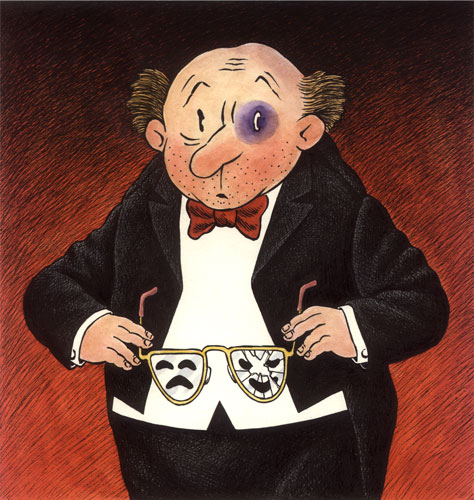 Yuri Kosobukin was born in 1950 in Russia. He studied in Kharkiv for civil engineer aerospace and worked in Kiev at the Antonov Aircraft Design Centre as an engineer.

When he started to draw his first cartoons he had no artistic training. With his men with big noses, he developed his own unique and inimitable style. In 1976 his first cartoons were published. Since then thousands of his cartoons have been published in newspapers and magazines all over the world.

He won more than 450 prizes in cartoon contests, including more than 100 first prizes. So also in 2003 in our own Euro-Kartoenale with the theme 'Freedom'. He had personal exhibitions throughout the world, including Cuba, France, Germany, Poland, Russia, Turkey ...

He was one of the most famous cartoonists of our time.

You can visit the exhibition in the ECC from 24 January till 3 April 2016, every Sunday from 10 to 12 am and from 2 to 5 pm. Groups of 10 persons or more are welcome on other days by appointment.