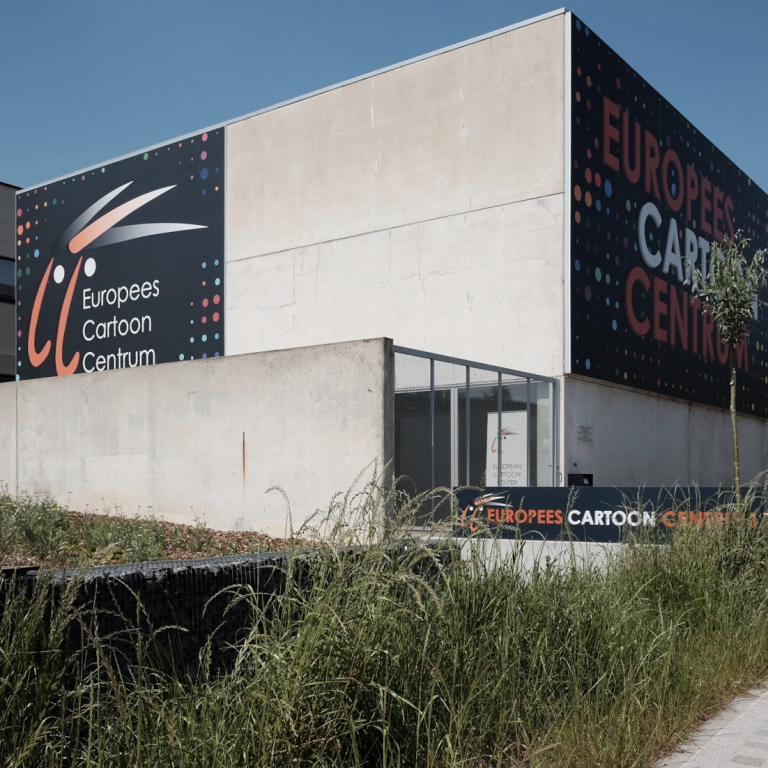 The European Cartoon Centre (ECC) has something to celebrate this year! Because it is exactly 15 years since we opened our doors.

However, there would have been no European Cartoon Centre without Euro-kartoenale, which first started in 1981 as an international cartoon competition. That was 40 years ago last year. So 2022 is a real anniversary year in which we would like to look back on our history with you.

We will start the festivities during the Easter weekend with a party on Saturday 16 April, during which we will also open the exhibition '15 years ECC/40 years Euro-kartoenale'. For this exhibition, we will be delving into our archives and, in addition to collection pieces and cartoons that have never been exhibited before.

That day we will also open our new travelling exhibition 'Cartoons from Belgium' with the theme 'Belgian Art History in Cartoons and Caricatures', with which we will promote the Belgian cartoon abroad.

And in the afternoon there will be a cartoon event on the square at the ECC, with cartoonists drawing live on large panels and also making caricatures.

The other exhibitions we planned for this summer and autumn are all Belgian artists: GAL, Eddi De Winter and Marc Sleen.

This project can be realised thanks to the support by: Erfgoed Vlaamse Ardennen (EVA)