Every day he makes cartoons for the newspaper Het Laatste Nieuws – local edition – caricaturising the current events in Ghent. As friend of and in succession to Brasser, he draws for the weekly ‘t Pallieterke, from May 2002 till now.

Furthermore he works as cartoonist for numerous companies and organizations such as Electrabel, Quickstep, Volvo Cars, the Belgian railways, trade unions,… 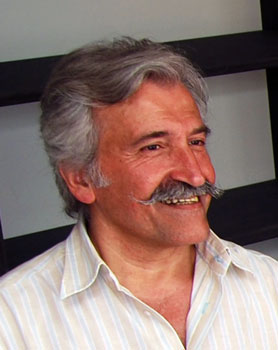 Luis Humberto Marcos is the director of the famous PortoCartoon-World Festival. He is also director of the Portuguese Printing Press Museum in Porto and general coordinator of the Cartoon Virtual Museum.

He is doctor in communication sciences and has a master's degree in mass communication. Besides professor at the university, he is also a journalist. He is co-founder of the School of Journalism and the European Multimedia Forum and Secretary-General of AssIBERCOM - Ibero-American Association of Communication.

He has published numerous articles and books on intercultural dialogue, human rights, inequality, discrimination and prejudice.

He has been chairman of the jury of the International Humour Exhibition of Piracicaba (Brazil), and organizer and member of the jury of PortoCartoon-World Cartoon (1999/2011) and the European Cartoon Contest Porto (2007-2009). 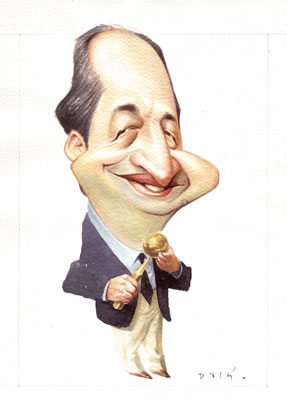 He is a regular member of the Athens Journalists Union as well as founding member and secretary of the Greek Cartoonists Association.

During his career as a children’s books illustrator he has illustrated books by the most important Greek authors as well as his own books. He has been awarded twice: with the Illustration Prize of IBBY Greece 2002 and with the First Design and Illustration Prize, EBGE 2006.

He won lots of first prizes in international cartoon contests as the Ranan Lurie UN Political Cartoon Award, the Biennial of Tehran, Umoristi a Marostica, the International Cartoon Exhibition of Knokke-Heist... And in 2005 he won the FECO-award in our Euro-Kartoenale "The House Painter". 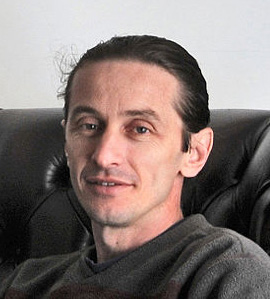 Florin was born in Romania and is living for 15 years already in the Grand Duchy of Luxemburg. He is married to Sanda, an engineer and designer of furniture. They have two children of 6 years, Andrei and Stefan, loving to draw and to sport.

Sport was his first passion. For many times he has been champion of Romania in badminton and he had the fortune of living one of the most exciting moments of his life participating to the Olympic Games in 1992 in Barcelona, one of his “fetish-towns”.

He is autodidact and is now earning his living thanks to his second passion, the caricature, publishing each day for the most important newspaper of Luxemburg, the “Luxemburger Wort, and for “La Voix” the little brother of this daily. In Romania he published for some provincial papers and since 15 years in Luxemburg. And this represents more than 7000 drawings edited in 22 years.

He published three albums and had some twenty exhibitions (Romania, Switzerland, Luxemburg, Scotland, Germany). In 2009 he won the third prize at the World Press Cartoon of Sintra-Portugal.

In 2008 he started in Vianden, together with Sanda, a modest museum of the cartoon and caricature, an attractive and successful business. Since 4 years he is organising with Pol Leurs the International Contest of Cartoon of Vianden. 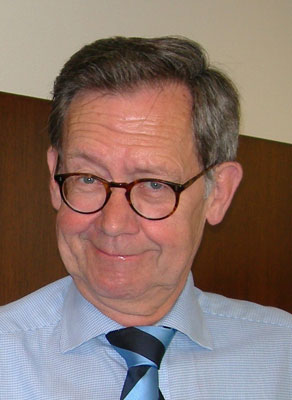 Carlos Bekaert is a retired psychologist. He makes drawings and paintings, initially in his school books, and now all the impressions of his life are crystallized in cartoons, aquarelles and collages through his “booklets of life”.

Since many years he is participating as member of the jury to the fantastic adventure of the ECC, an exploit in the marvellous but also intricate world of the cartoons.

These biennial jury participations can be considered as highlights for this grandfather with the mild cynical humour; he gets a lot of pleasure from the unique “characters” of cartoonists illustrating in a constructive way the relativity of all things.

As words have more a separating than an uniting effect, cartoons are for him better means to connect people. A good cartoon is a drawing with a perfect technique, frowning one’s brows, making the eyes twinkle and ending in a chuckle, a smile or a laugh.

A good cartoon deviates from the average. 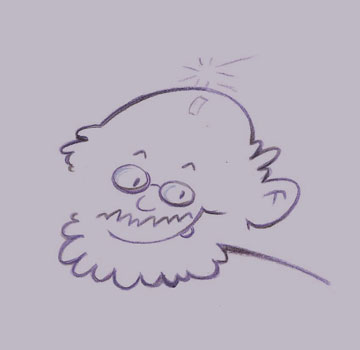 Philippe is a late bloomer. He started drawing courses in 1981, at the age of 29, at different academies of art in Ghent and Oudenaarde. He has a great admiration for the works of Emile Claus.

He started making cartoons and participating to contests in the beginning of the nineties. He scored on these occasions numerous selections and won prizes in Bree, Gits, St-Just-le-Martel, Jonzac, Haifa,…, also in other art disciplines such as etching and ceramics.

It is the second time he is member of a jury, this time as collaborator of the ECC and as representative of the cartoon organization Kever.

Philippe likes nice lines and colours. He is fond of cartoonists who “dare” and artists giving a “with vinegar affected romantic accent” to their works.

His opinion is that cartoons have a relativising and healing function. 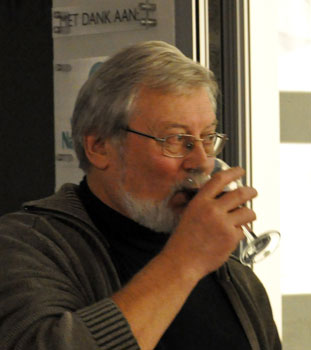 Ronald is the founder of the George Van Raemdonck Cartoon Contest and of the International Humour in Art (IHA) of Boechout.

He is autodidact and is drawing since 1983 for local newspapers. He designs posters, birth announcement, birthday and marriage cards. He is publishing in several cultural and social magazines.

He was member of the jury of Satyricon Legnica (Poland) and in Belgium for the cartoon contests of Kruishoutem, Olen and Beringen. 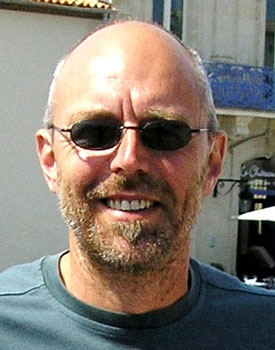 Since 1987 he is collecting contemporary art and in 1991 he started, together with his wife Veerle Swenters, the collection “Shoes Or No Shoes?”. He organised different exhibitions in Belgium, Germany, Great Britain and the Netherlands.

Till 2001 he created shoes in Antwerp and he had the honour to work for the Dutch Court. Later on he moved to Capestang in France where he works for Cortina NV and SONS.

Since 2005 the SONS collection has been completed with writer’s texts and drawings made by cartoonists.

He is also the author of “Shoes Or No Shoes – Schoenen of Kunst” edited by Roularta.