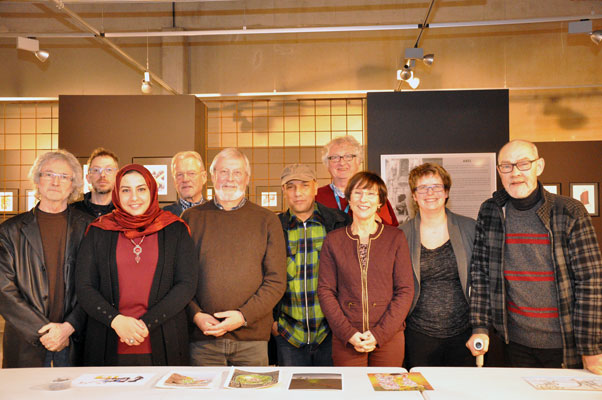 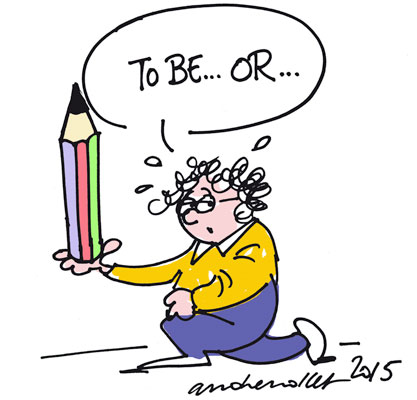 Once again André Nollet has undertaken the presidency of the jury of the Eurokartoenale. At the age of 69, he can make no small claims of his experiences in the world of cartoons.

He was a professor of advertising & design at the 'Karel de Grote' College in Antwerp and has his own design office 'Nollet Cartoons & Creatie'. For years he drew press cartoons for different newspapers. Nowadays he focuses his collaboration on private companies.

According to André, cartoons, should above all introduce humor to everyday life.

In reply to our question as to whether one should be a little mad to be a member of a jury which receives so much criticism, he simply replies: "No, you do not have to be mad, someone has to do it, and I am always ready to be involved".

André expects a cartoon to be on a top level graphically, and should then include an element of surprise.

One of his typical catchphrases is: "Be direct''.

André wishes success to all the competitors and hopes that the best will win. 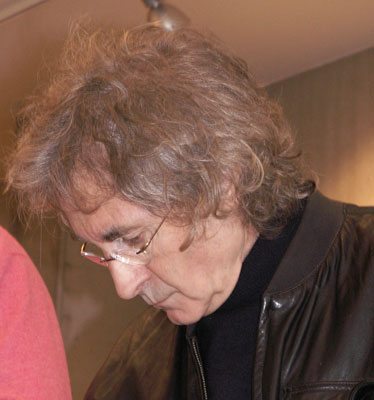 The Frenchman Bernard Bouton (Bernie) is the General Secretary of the International Association of cartoonists FECO. He describes himself with a laugh and a wink, as an almost immortal cartoonist.

According to Bernard one must be mad to want to participate in a jury: "We are never safe from plagiarism. Looking for evidence of similar design is an endless quest. And one must always be wary of the dangers of favoritism. But I agreed anyway as Kruishoutem is a serious organization that has always had the ability to challenge itself". Bernard will ensure that cartoons meet the chosen theme, and of course the quality of the drawings will remain an essential element.

Cartoons are a way to improve our reflections about certain topics, sometimes serious. But, according to Bernard, a cartoon must be above all funny. "So if they know how to make us laugh, and think, it will be perfect".

I have always considered myself as a black sheep: and when one sheep meets another, they recognise each other. And when they encounter other sheep ... they team up. But flocks of black sheep do not exist. That is why they all feel such a sense of desperation. 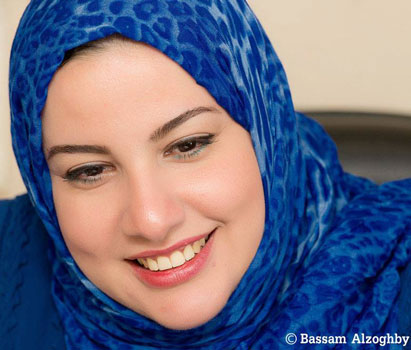 Doaa Eladl is one of the most famous cartoonists in Egypt and a notable representative of the Egyptian press subsequent to the revolution. For her, the cartoon is an important expression of opinion.

A cartoon must not only be graphically strong, but must also contain a solid idea. Originality is such an essential element.

Together with Annelies, she brings a feminine touch to the jury. 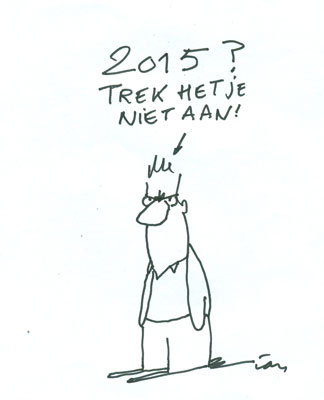 Jan De Graeve has frequently participated as a member of the jury for the Euro-kartoenale. For many years he has been a political critic via his cartoons in influential Belgian newspapers and magazines (De Morgen, De Standaard, Knack ...).

As a member of the jury, Ian has a special role: to prevent other members from endorsing bad cartoons: ''I want to avoid banality but I insist on a minimum graphically. I do not just want to reward good messages but to also give merit to good cartoons''.

A message to everyone: ''Don't worry too much, everything is relative". 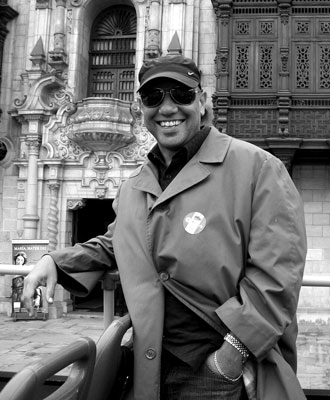 Arisitides Esteban Hernandez Guerrero, better known as ARES, lives and works in Havana as a freelance cartoonist, painter and illustrator of children's books. He is one of the world's most famous cartoonists.

''For me, cartoons are a way to communicate with others. I am a kind of synthesis of reality that I live and I then express with my ideas ... with humor", says ARES.

''A cartoon should have a good balance between originality, an idea and the art of drawing. I will be looking for cartoons that demonstrate how to combine these three aspects''. 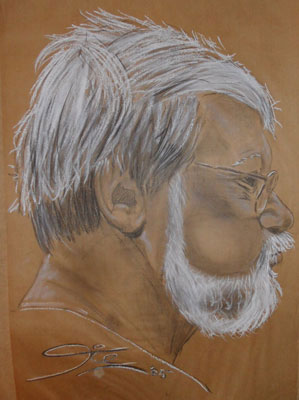 Ronald is the founder of the 'Georges Van Raemdonck' and 'International Humor in Art' cartoon contests in Boechout. He is a cartoon expert with lots of experience and has been involved with various juries in Belgium and abroad. Occasionally, he draws cartoons himself.

''One could say that I am 'old fashioned' but in my opinion the best cartoons are in black and white with a simple stroke of design''.

As a member of the jury, he believes it is important to make an objective choice and reach a final decision on which one can agree to unanimously. ''For the unfortunate who do not receive a prize, the jury's choice will never be the right one. Another jury may have chosen differently. It is impossible to see all the cartoons in the world. Thus, we cannot exclude that his choice is in fact plagiarism or that it has already received a prize".

At Kruishoutem Ronald expects a high level of quality cartoons as they will be subsequently exhibited in the European Cartoon Centre. ''I will give my full attention to each cartoon''.

As a boy scouts his totem was'' The thoughtful Panther '' which perfectly portrays Ronald's personality.

His latest message to everyone: 'Humour, is the Eternal having a drink with a substitute' (Noldus Kee). 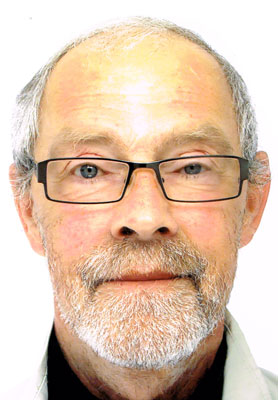 Has been publishing sport cartoons since he was 15 years old. Cartoons are of prime importance in his life.

This will be his 66th involvement in a panel of a worldwide Cartoon Competition. As a result, he has seen innumerable cartoons and ideas. Ronald: ''I think it's an honor to be invited to be a member of the judges panel. In addition, we never make individual decisions. Together with our colleagues the best cartoons are selected from among the thousands that have been submitted to finally choose the winners, which is an extremely difficult task''.

Thus the personality of Ronald is revealed: ''I would never say that I'm good".

Ronald: ''And to the organizers, I still want to say that I greatly appreciate the efforts of the ECC. They have developed this into a worldwide competition". 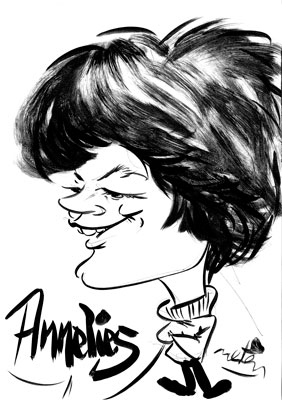 Annelies represents ABESIM our sponsor, in our jury. ABESIM BVBA is a consulting agency in the study of environmental risk management.

For her, the cartoon is a powerful variant of humor that sometimes denounces sensitive topics. ''Thumbing through newspapers or magazines, I stop every time I come across a cartoon'' she confides.

''Thanks to the sponsorship of ABESIM, a unique opportunity was offered to me to have more experience as a jury member in a cartoon competition. It will not be easy to choose the best cartoon. I will approach the selection process with an objective spirit in the hope of being surprised. I expect different ideas on the subject as internationally, soil remediation is not an every day topic and not as well known as it is here in Belgium".

Her slogans: 'Laughter is a great word' and 'A picture says more than a thousand words'. 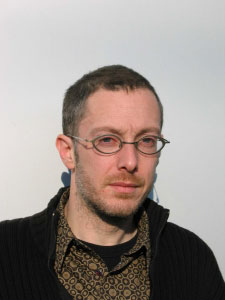 Cartoons give him a fresh look at a topic or a problem for which there are no more taboos or sacred cows. All of this is done with a gentle humor.

''I have extensive experience with the theme of the competition and a wide artistic interest. I am a graphic designer and I will judge the entries with an open mind. I will especially pay attention to the way in which the theme has developed from the artistic point of view, and the techniques used for this purpose".

His slogan: ' I am a hedonist of the wealth offered by our culture'.