The 25th of January the 9 members of the jury will during a life meeting select the cartoons for the exhibition and the catalog and choose the winners of our 21st Euro-kartoenale 'The Soul'. 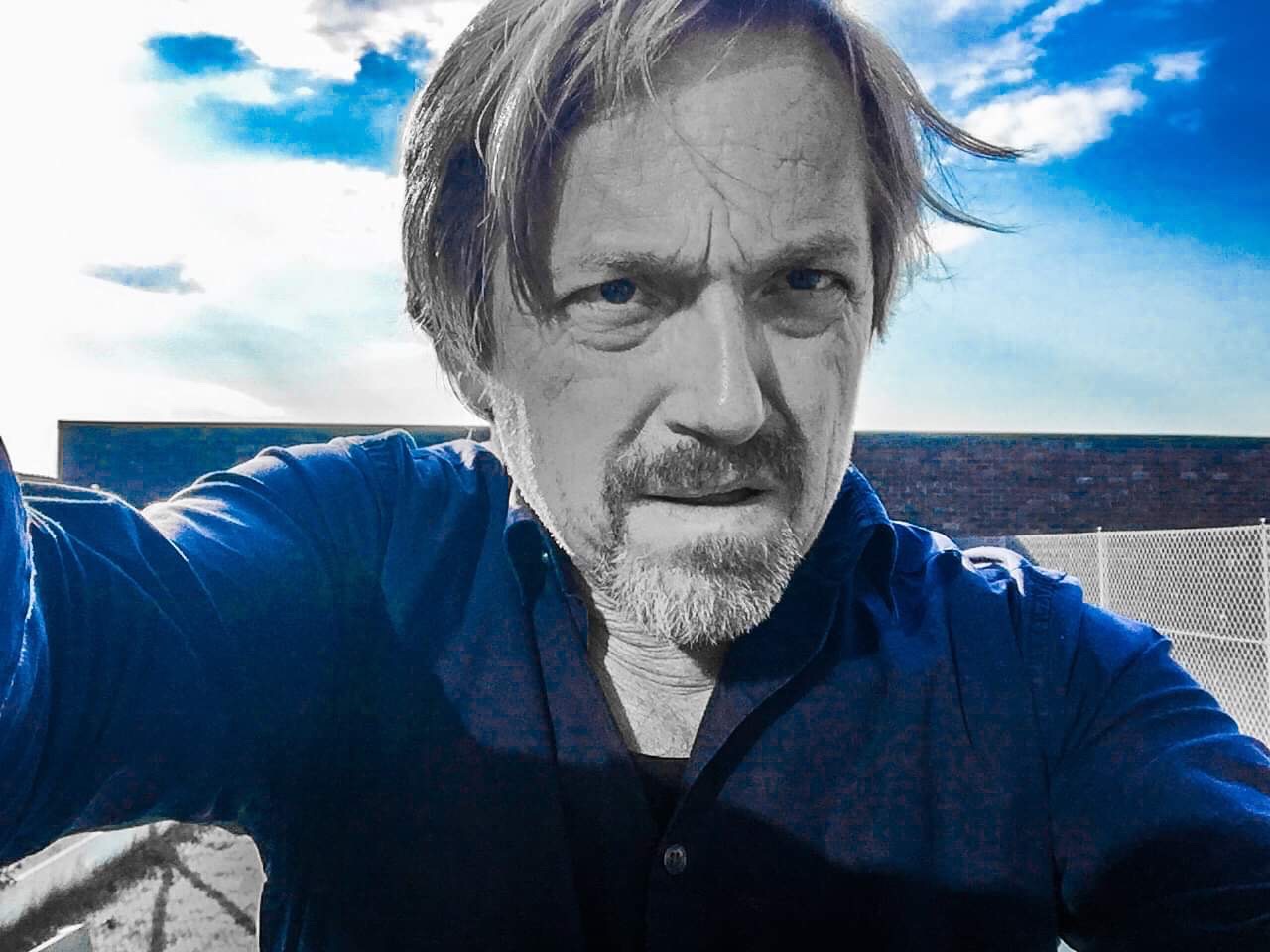 O-Sekoer is the pseudonym of Belgian cartoonist Luc Descheemaeker. He has been drawing since 1978 and even participated
in our Euro-kartoenale in 1979. In 1989 he won the bronze medal. One of the hundreds he can put on his palmares.

Also as a jury member Luc already has a lot of experience. He was part of the jury in Knokke-Heist, Kruishoutem, Tehran (Iran), Piracicaba (Brazil) and Sisak (Croatia).

"By taking the presidency of this edition of the Euro-kartoenale 'The Wall' I am now sure of being able to climb the podium," he says.

As a member of the jury he will decide in a rebellious manner, but with respect for the meaning of the other jury members. He will search for drawings with a combination of originality (20%), a surprising graphic effect (30%) ànd social commitment (50%). "With a theme like 'The Wall', I'm a bit afraid for a tsunami of 'Trump-cartoons'", he adds. 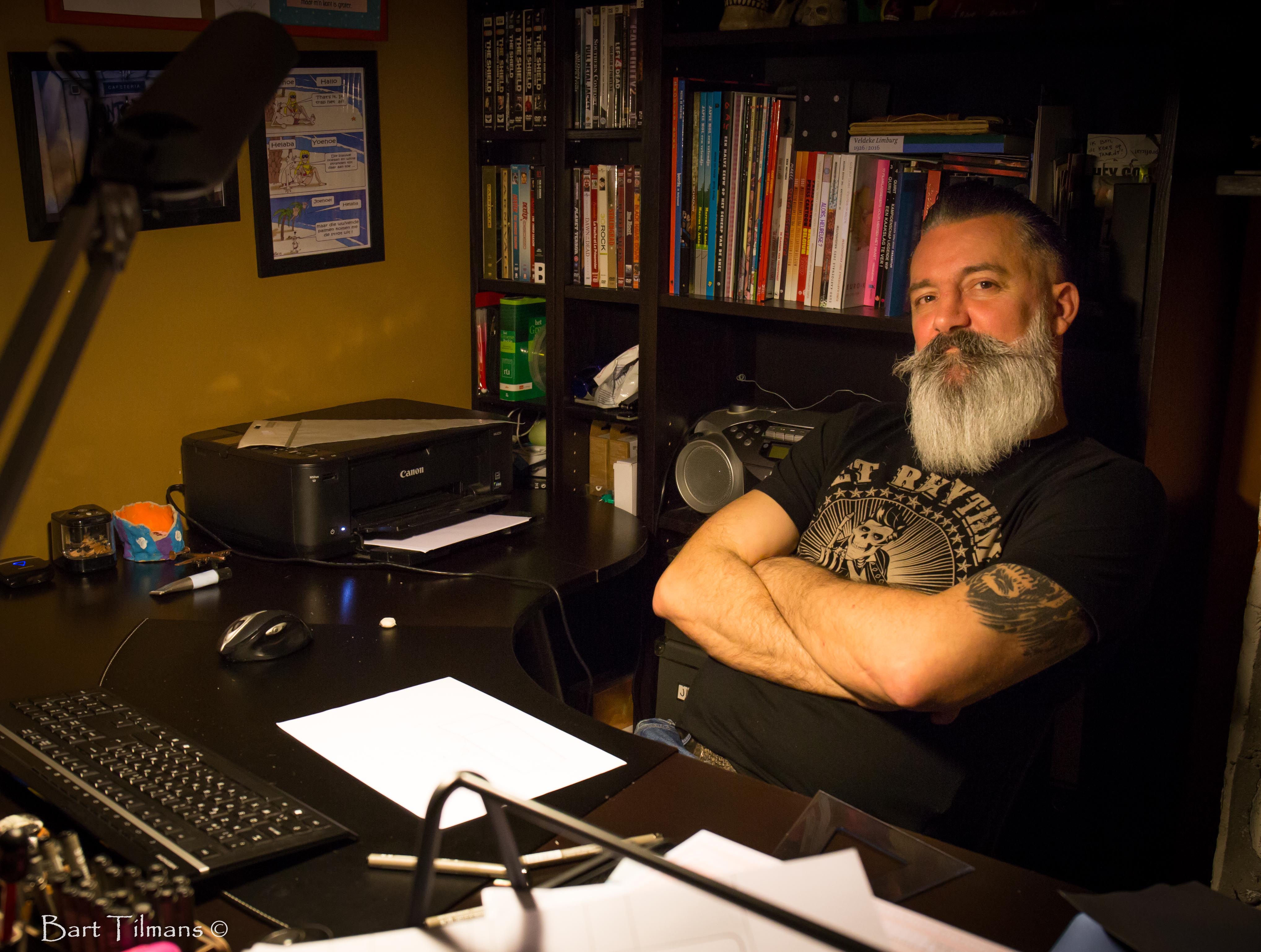 Fifteen years already Kurt Valkeniers is editorial cartoonist for the Belgian newspaper 'Het Belang van Limburg'. He has been following the European Center for years, “not only because of the good local beers, but also because he has never seen such an enthusiastic group full of love for cartoons.”
In 2011 Klier was a jury member at the Knokke-Heist Cartoon Festival and in 2017 he organised in Peer (Belgium) the cartoon contest  'Breughel anno 2017'. Anyway, he is eager to see a lot of good designs.

As a member of the jury he especially wants to follow his guts. He hopes to see original and especially vived cartoons, although the wall is a kind of dead material. "The drawings that make me laugh spontaneously or surprise me always have more chance," he adds. He expects to see a lot of Trump drawings, but he is also curious to see if there are artists who will dig up the ‘Muur van Geraardsbergen’  (from the bicycle tour Tour of Flanders) or the Atlantic wall ...

To describe himself he likes to use the words of a colleague who, when the song 'Creep' of Radiohead played, shouted to him spontaneously: ''Hey Kurt, they are playing your song!'' 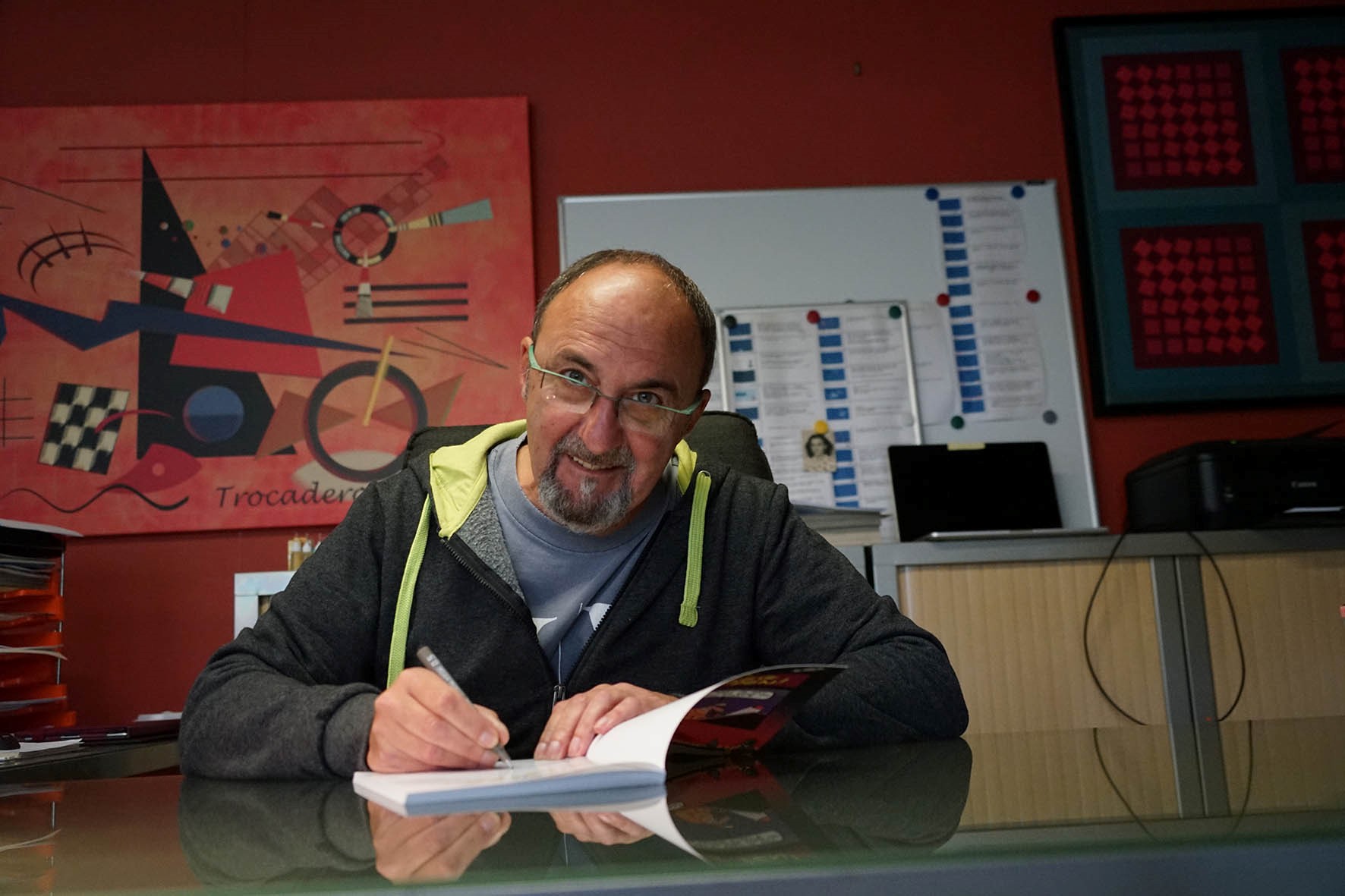 Jean-Marie Matheus, better known as Quirit, has been a Belgian press cartoonist since 42 years. This year he is also the house cartoonist of the European Cartoon Center and so he is a member of the international jury. A few years ago he was a jury member of the Brueghel Cartoon Contest in Peer (Belgium).

For Quirit, the idea is the most important thing in a cartoon. He also wants to be surprised by the participants by the way they approach the theme, it should not be obvious. 'The graphical elaboration comes only in the second place.’ according to Quirit.

'Above all, I want to see things from a totally different perspective than what I make myself'.

His family describes Quirit as someone who lives on another planet. So we are looking for extraterrestrial cartoons. 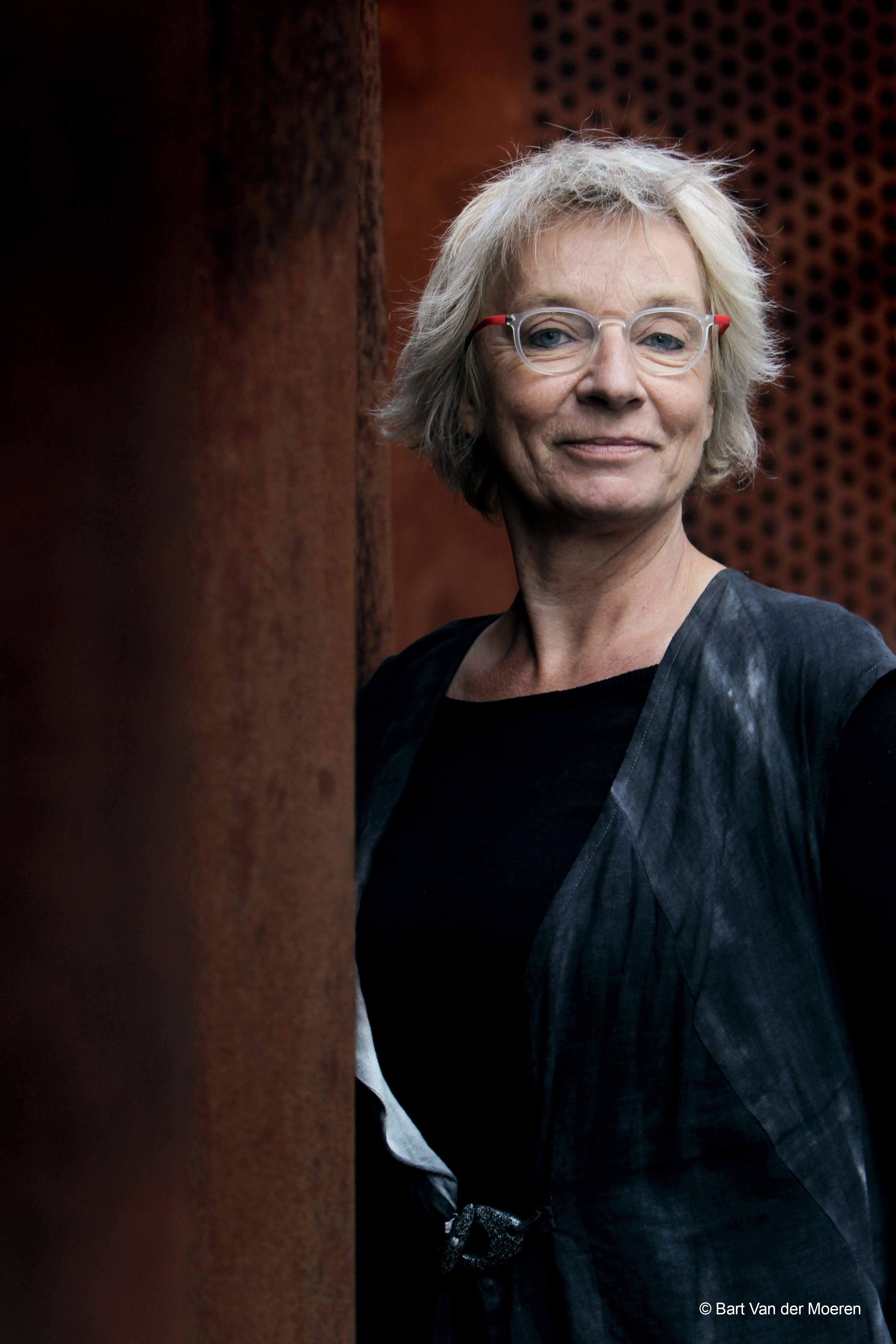 Cécile Bertrand is a Belgian editorial cartoonist, who did workf.e. for le Vif/l’express and La Libre Belgique. The author of the book ‘Femme et Humour’ (Women and Humor), Mira Falardeau, described here ‘as the first and onlyFrenchspeaking editorialist’. This year she started here ownCartoon Academie for young editorial cartoonists. She is alsopart of the organisation ‘Cartooning for Peace’.

She gained experience in cartoon contest jury meeting in Portugal (World Press Cartoon) and Turkey. In a few weeks she is also leaving for Cuba to be in the jury of a cartoon contest. She will go to the jury meeting in Kruishoutem as a blank slate,  without any prejudices, innocent and ready to besurprised by the creativity of the participants. ‘A good drawingmakes me smile or laugh, surprises me, blows me away, touches me, … makes me feel that a hidden message makesthe real sense of life’, says Cécile. 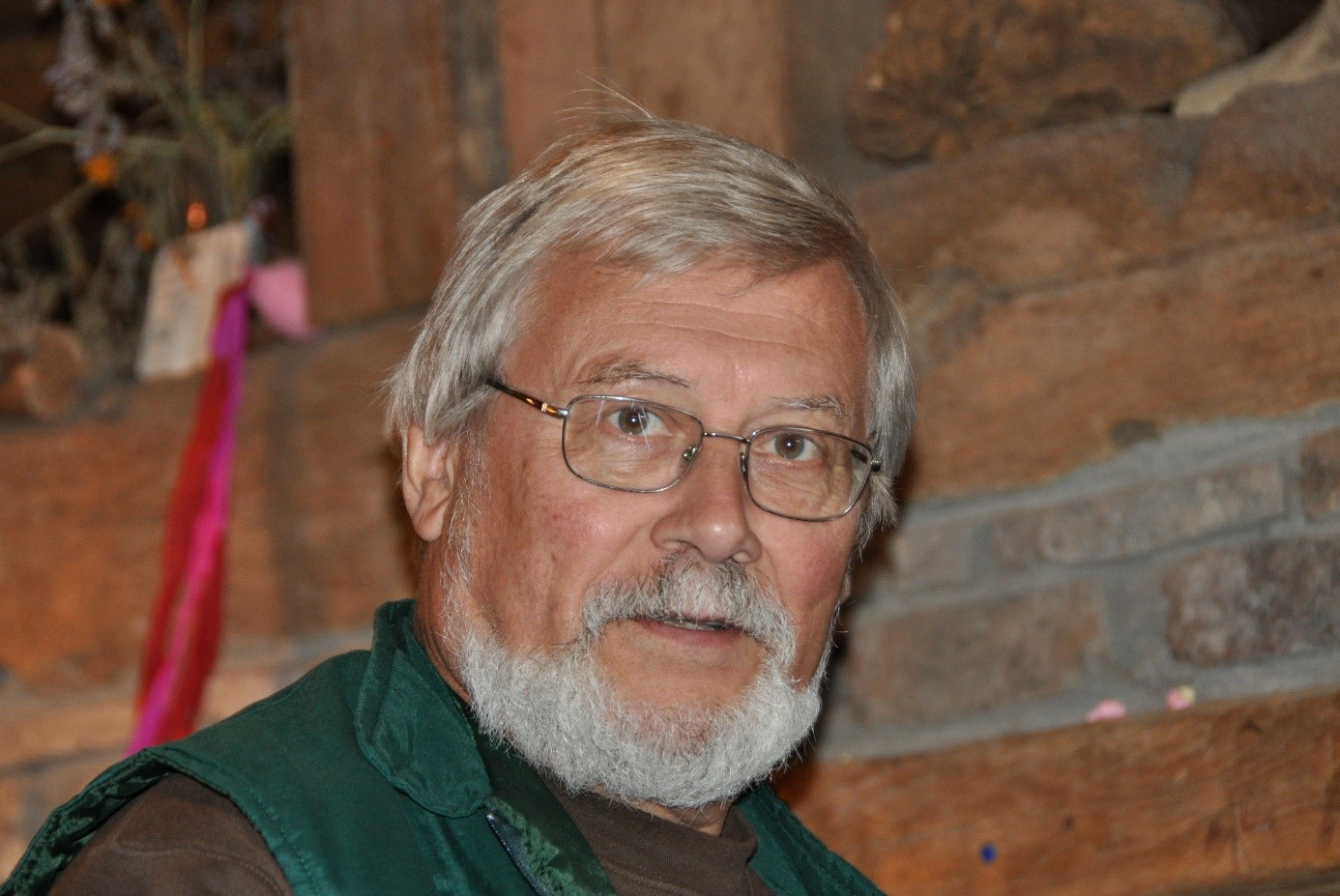 Since 1986 Ronald is the organisor of the international cartoon contest ‘George van Raemdonck’ in Boechout (Belgium). He is also chairman of the association International Humor in Art (IHA), an association that deals with humor in art.

He was a jury member in many cartoon contests in Belgium, Poland, Germany and Canada.

He is very curious about the entries in Kruishoutem, because this is one of the better contests where usually many talented cartoonists are participating.

The essence is for him is the idea, but of course, the graphic quality should also be OK. A good black / white cartoon, a line drawing is as much worth to him as the miniature paintings of some.

As a jury member, he describes himself as a quiet spectator to the wonderful world of cartoons. He hopes to see not only walls around Trump or only bricks, but also barriers between people and ideas for example. 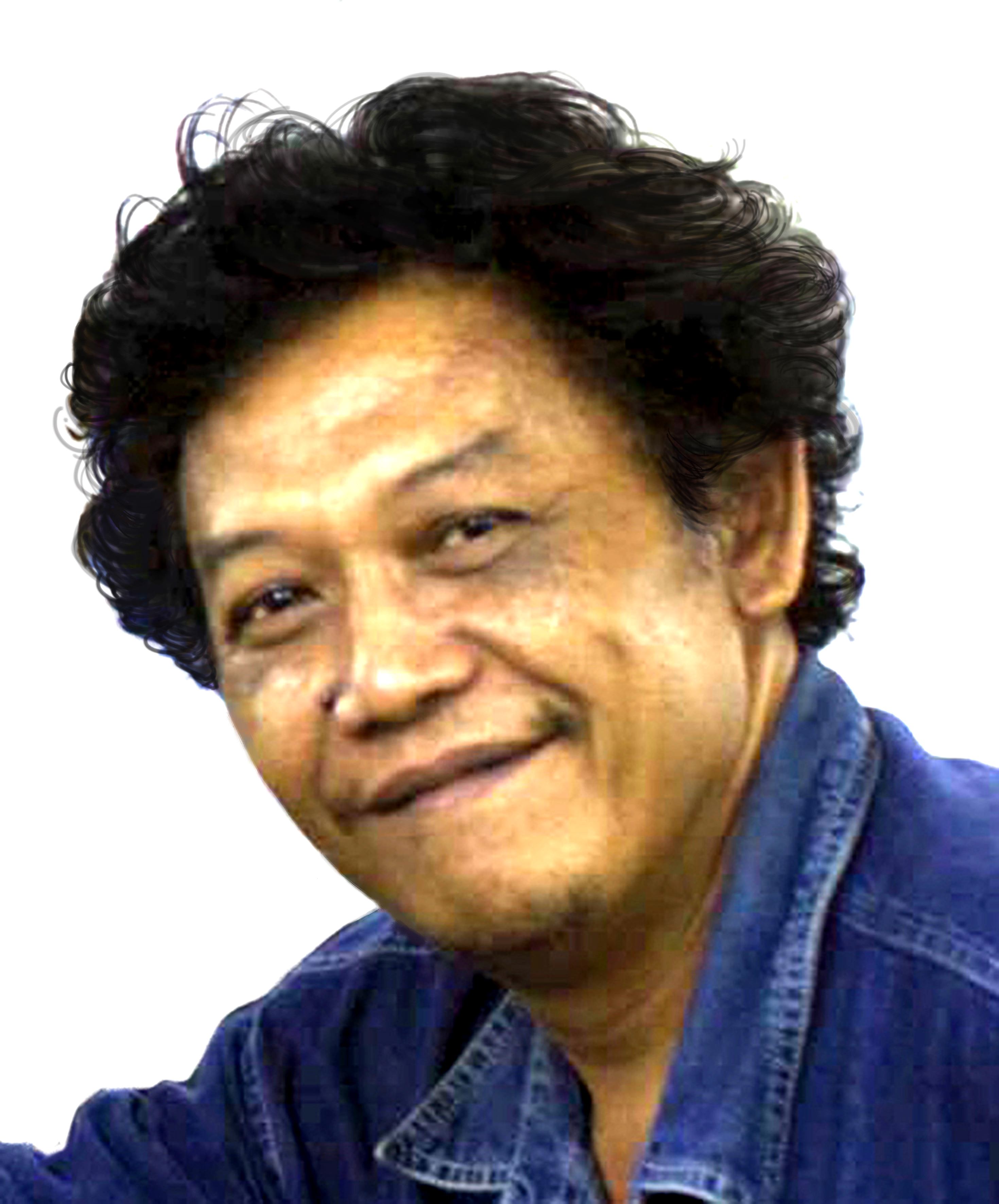 The Indonesian cartoonist Jitet Kustana won over 180 prizes in international cartoon contests, so he knows the international cartoon world very well. He already was a jury member in the US, Turkey, Iran and Croatia. And he says it is an honor for him to sit in the jury of the Euro-Kartoenale ‘The Wall' and help to choose the best cartoons as prize winners.

The originality of the idea prevails for Kustana. Only a new idea can win a prize. In addition, beautiful and new graphic techniques can support the image and clarify the message. Only a combination of good, new ideas and good technics can be crowned.

'I think the theme 'The Wall' is very interesting,' says Kustana. 'For me, a wall is a limit, but not an obstacle to freedom. If the wall limits freedom, this is asking for problems. Freedom is a right for everyone, and cartoonists have this freedom and the challenge to reflect. Whether it is a gag or political cartoon does not matter.
As a jury member I will be very fair in judging the cartoons, with respect for the opinion of the other jury members.' 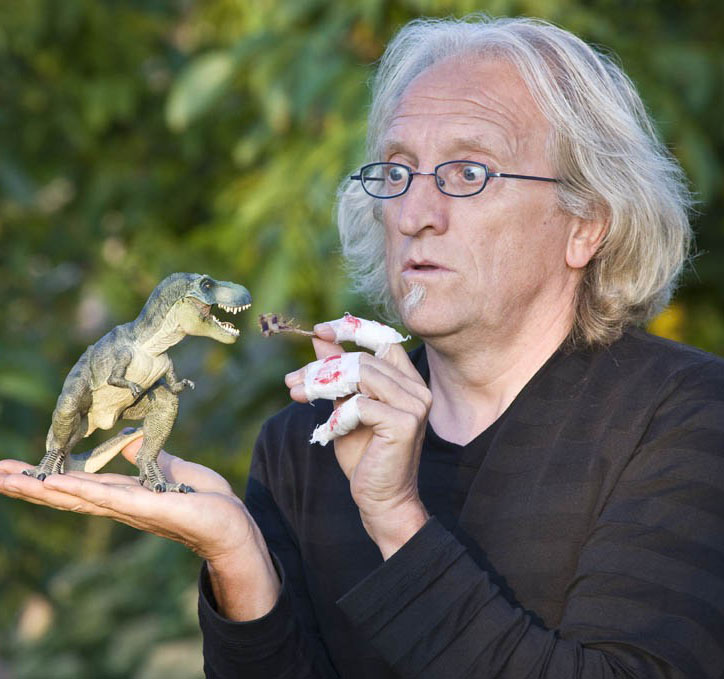 Marc de Bel is the stranger in our midst. As an honorary citizen of Kruisem (the new municipality named after his books), de Bel is best known as the author of youth and young adult books. But he was also once a cartoonist and even won, a lot of years ago, a modest prize in the Euro-kartoenale Kruishoutem.

For Marc, the perfect cartoon has to be funny in the first place, but at the same time it also makes people think and is stylishly drawn or painted.

'I fear too much political cartoons, that's not really my thing and I've seen Trump’s face already too much lately, although I always appreciate a nice and original trumpe-l'Oeil,' says de Bel.

de Bel is an very critical jury member. It is good to know that, although the man has a certain age, he remains forever young (as a 10-year-old he has fallen out of a tree and has always kept that age). You notice it, he really became his own caricature. 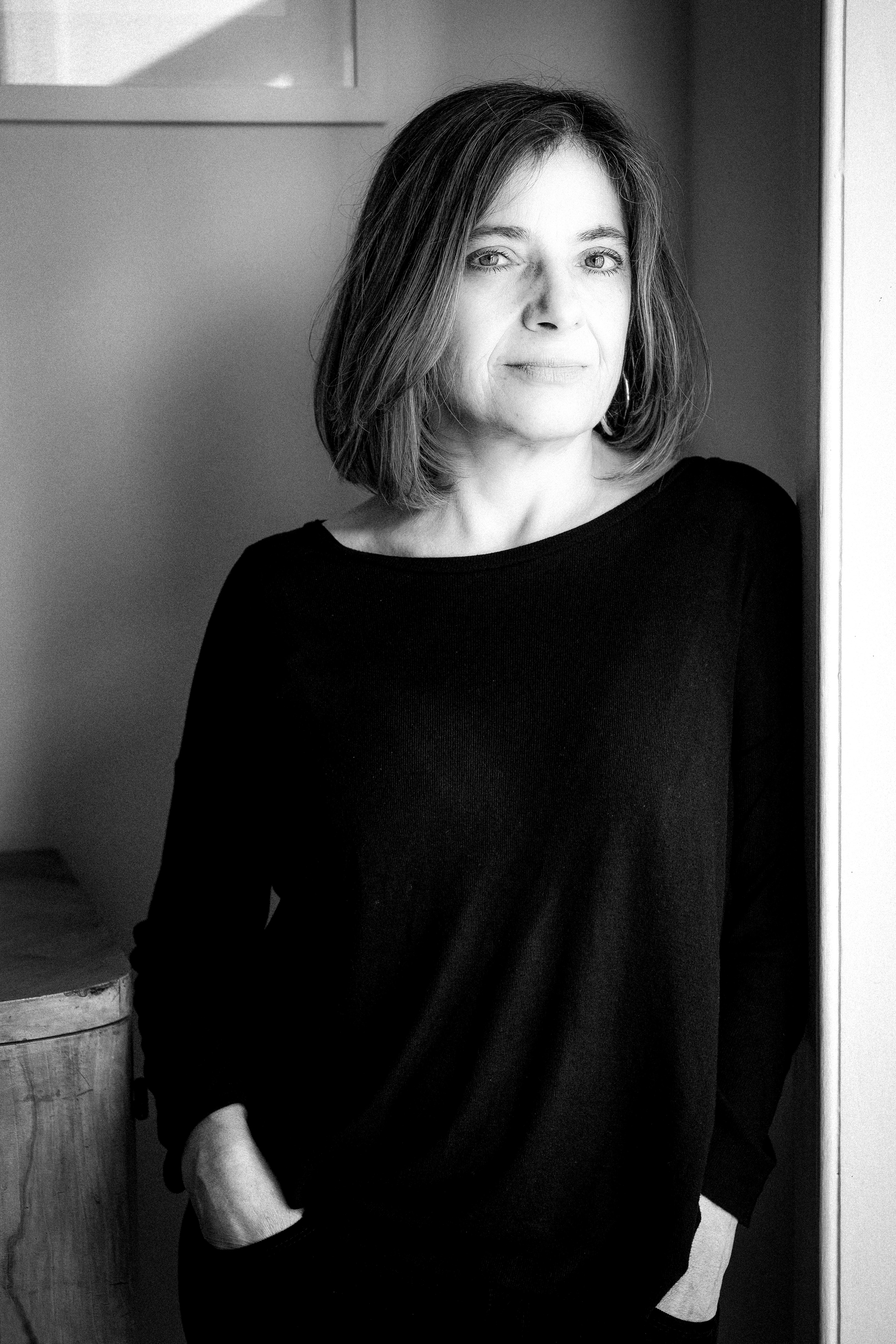 Cristina Sampaio (Portugal) is editorial cartoonist since 1986. More recently she started to make animated cartoons for TV and she also illustrates children's books.

She has been jury member in several international cartoon competitions: twice in Aydin Dogan, in the Brazilian cities Recife and Piracicaba, Olive Cartoon Cyprus and the festival San Antonio de los Baños Cuba.

She is honoured to have a personal show in the European Cartoon Center at the moment so she can also take part in the jury of the Euro-kartoenale. ‘Being a jury member was always an interesting experience.’ says Sampaio.

‘In my opinion, there are two aspects to consider, when judging a cartoon. First, the concept or idea, which I consider to be fundamental. The idea must be original and effectively communicate the message with strength and humor. Second, the quality of the drawing, preferably innovative, and which should be a vehicle, not an obstacle, to the concept. Besides making you laugh, or smile, a cartoons should mainly make you think.

‘A strong theme as ‘The Wall’ must certainly lead to strong cartoons that denounce the problems that we are confronted to in this beginning of the 21th century’, declares Sampaio.

As a jury member Cristina tries to find a good balance between intuition and objectivity, she want to trust on her first impressions, but consolidate them after that with strict criteria based on her canons: a strong original idea combined with good innovative drawing. ‘A virtuous drawing without a good concept behind is empty and an excellent idea can be ruined by a bad drawing’, she summarises.

Perhaps it is good to know that Sampaio does describe herself as a perfectionist, with its pros and cons. Her friends would describe her as frank, sensitive, organised, uncompromising, calm and … with a good portion of sense of humor. 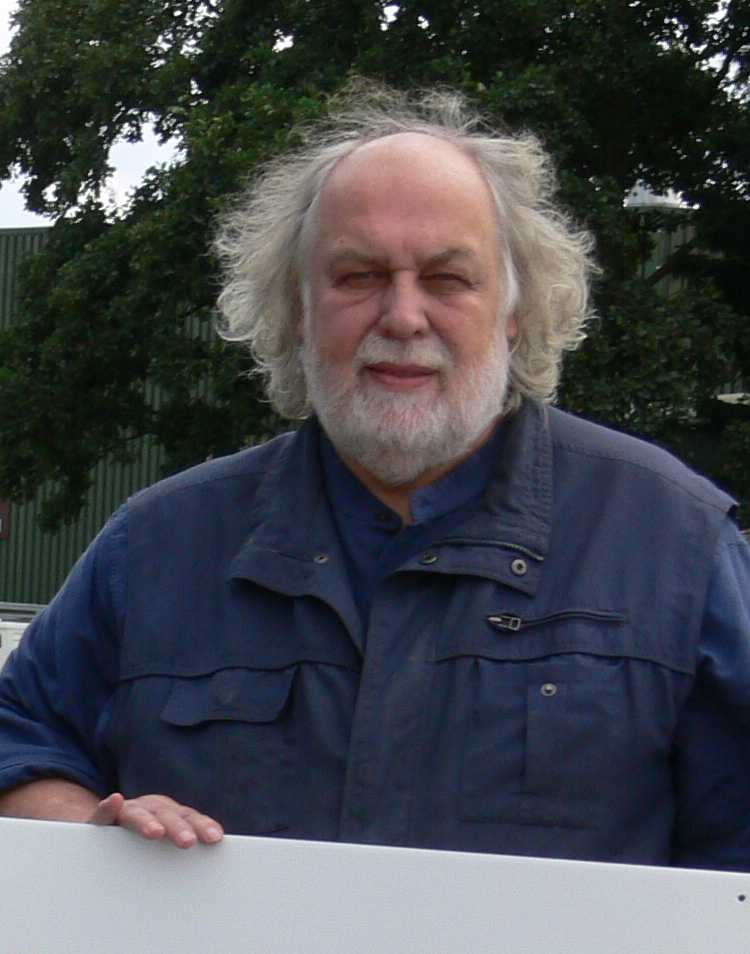 Peter Nieuwendijk (The Netherlands) was the winner of the previous edition of the Euro-kartoenale 'The Soul'. In 1983 he was for the first time in Kruishoutem at the prize-giving ceremony of our cartoon contest.

He is probably the most experienced jury member of international cartoon festivals, as he has already been jury member of 95 cartoon contests around the world (in 51 different festivals).
'It is an honor for me to be for the second time a jury member in this internationally acclaimed festival. Kruishoutem is an important center for the cartoon and the cartoonists, due to its many exhibitions and its large library.", says Nieuwendijk.

For Peter, something happens when you see a good cartoon, you don’t have to search to understand the image, you should get the point within 8 seconds. Originality, humor and the link to the theme are the most important criteria.
'As far as the theme is concerned, I hope not to see too many Berlin, Chinese, Israeli or Mexican walls, although if they are original and good, I will definitely vote for them.’
For those who do not know Peter Nieuwendijk, his friends describe him as ‘voluminous present', but not dominant. Humorous and a creative millipede. For his wife Peggy he is her 'Tower of Strenght'.