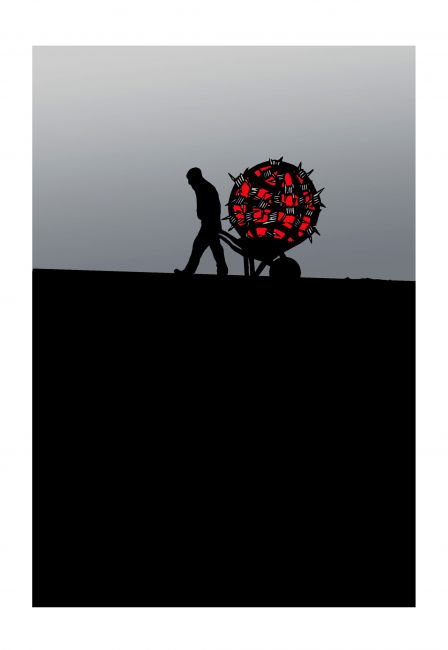 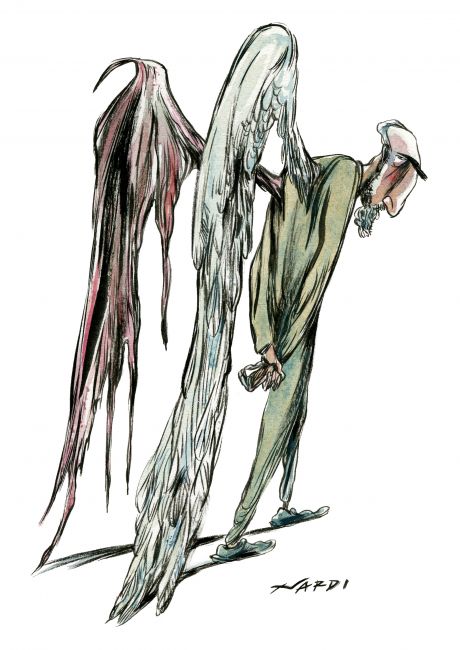 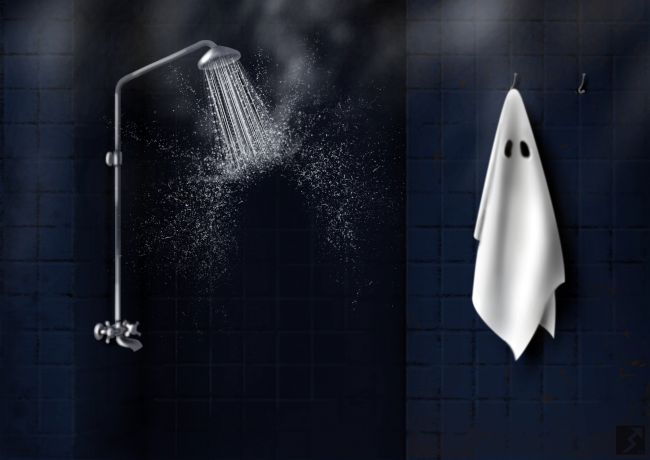 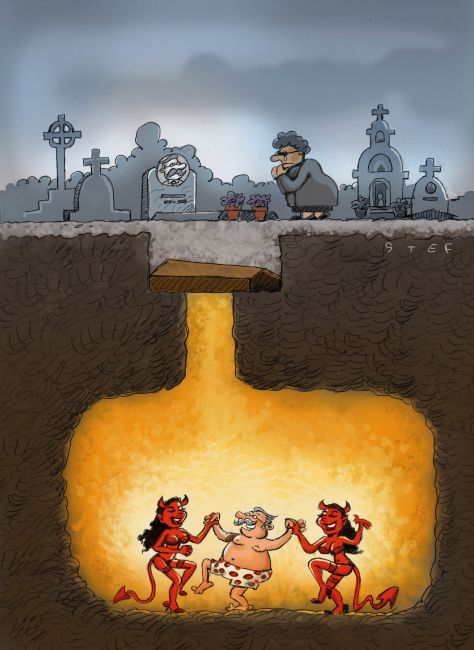 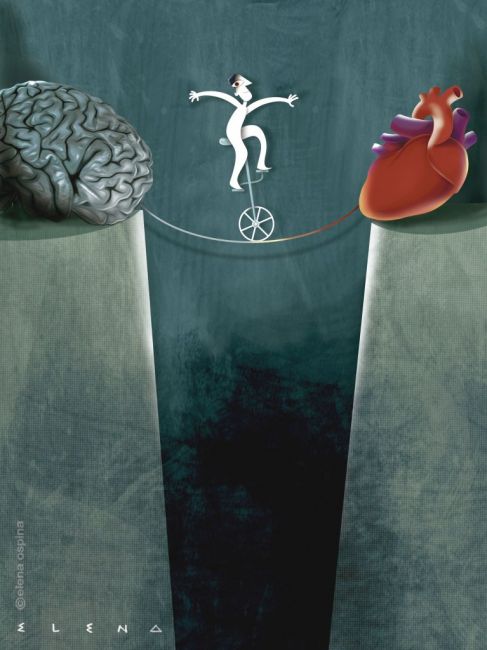 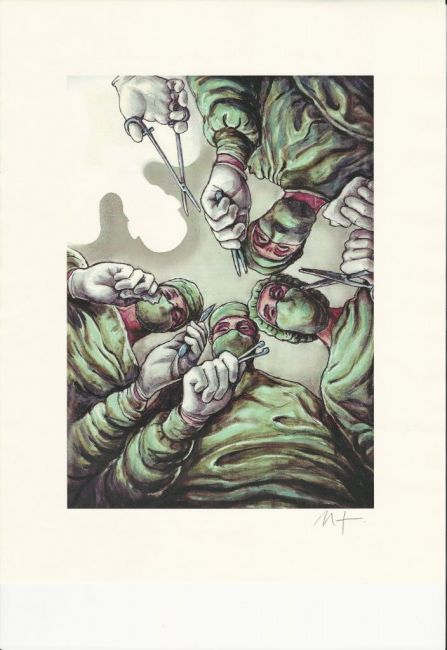 The Dutchman Peter Nieuwendijk has won the 21th edition of the Euro-Kartoenale. The 71-year-old cartoonist was awarded a check of 1800 Euros and a trophy.
The international jury selected the work of Nieuwendijk from 2164 cartoons of 782 cartoonists from 82 countries. Jean-Loïc Belom (France) and the Brazilian Joao Bosco De Azevedo did win the second and third prize.
Marilena Nardi of Italy received the prize for the best entry of the European Union and the best Belgian entry was for Jean-Claude Salemi.
There were also honorable mentions for Saman Torabi from Iran and Stefaan Provijn.