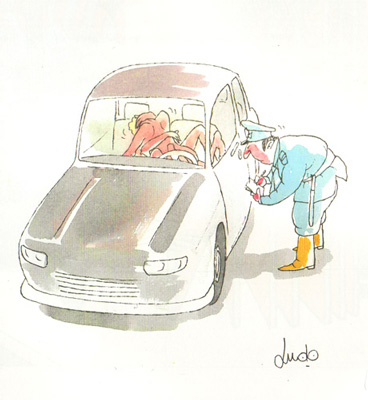 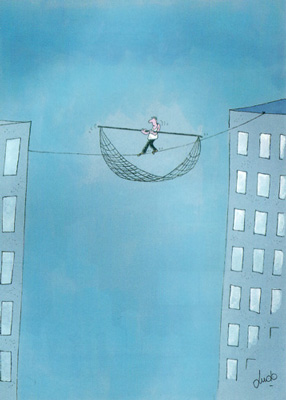 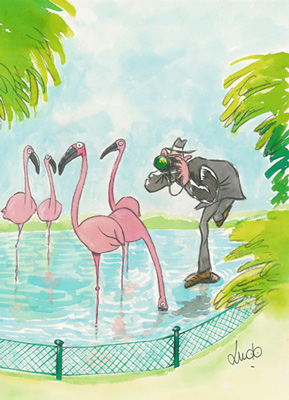 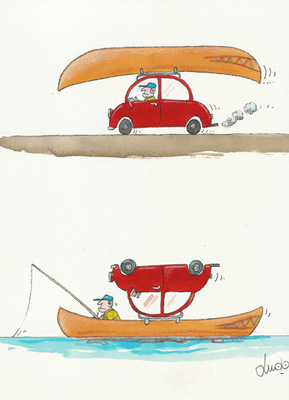 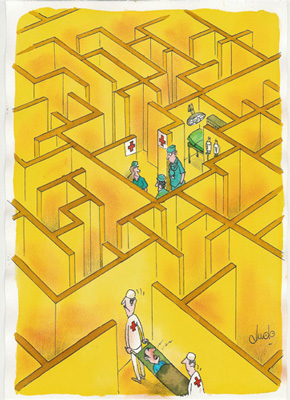 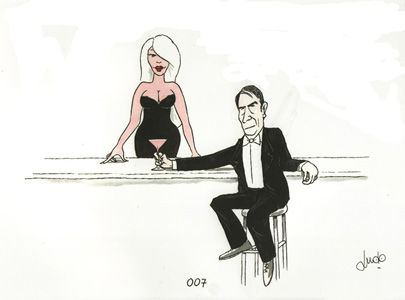 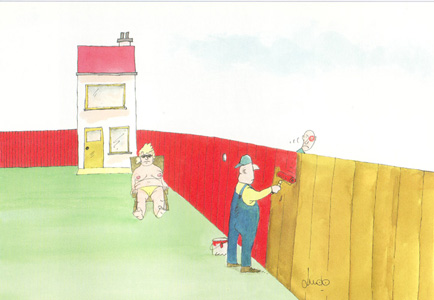 Ludo is our house cartoonist 2009. During the year 2009 he will comment the events in the ECC and the cartoonworld with his cartoons. Ludo is the successor of Stefaan Provijn. He was born in 1961 at Zeebrugge and since 12 years he lives with his wife and four children in Bruges. 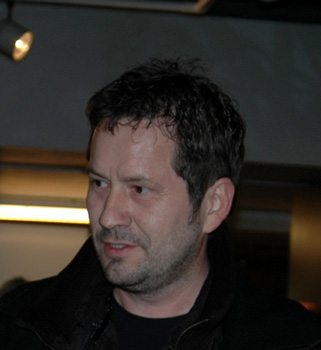 He inherited his talent for drawing from his father, and apparently he also passed it on to his 3 sons and daughter. "No topic is so boring that there is no humor in it - on the contrary: the drier the matter, the more chance there is a hilarious side to" said Ludo. No wonder that as auto-didact he became a respected cartoonist.

Ludo is since 30 years active as cartoonist and illustrator and won more than 65 national and international prizes. He drew political cartoons for the newspaper 'De Standaard' and worked for the Belgian Television, Columbia Pictures, InBev, Ecover, Nestle, LANNOO, ECOVER, NCMV, CBR, Voca, SECUREX ... He had personal exhibitions a.o. in Osaka and Porto.