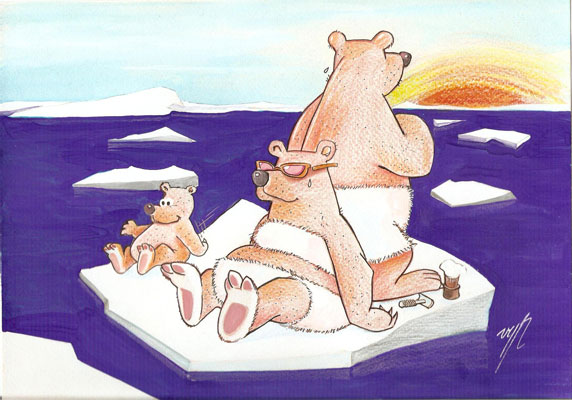 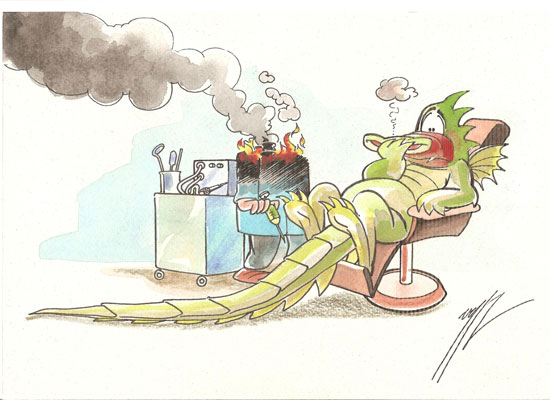 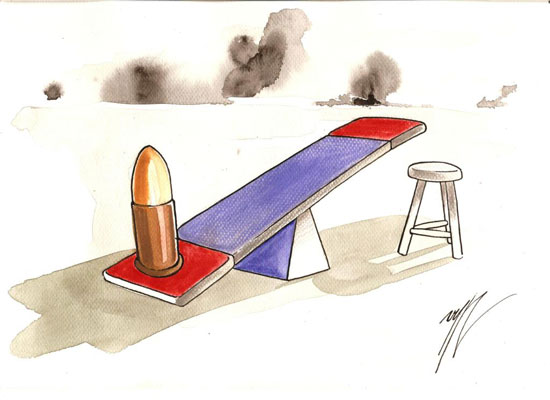 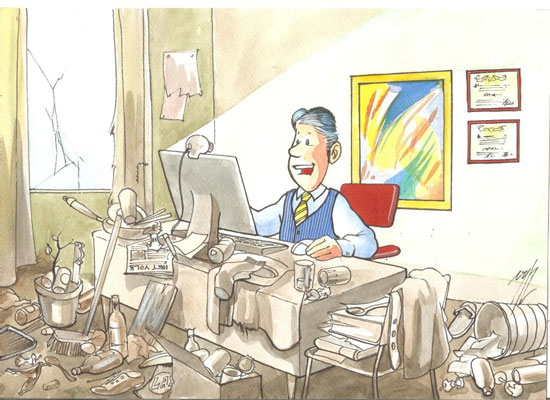 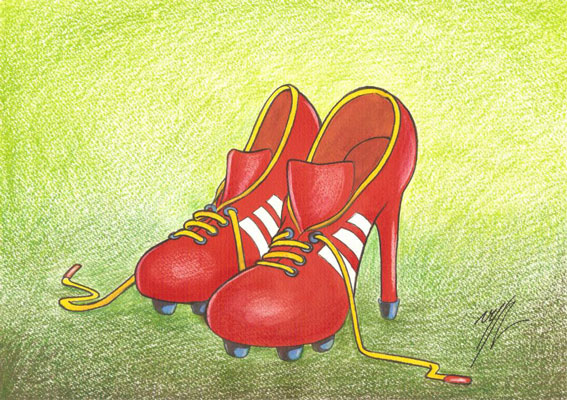 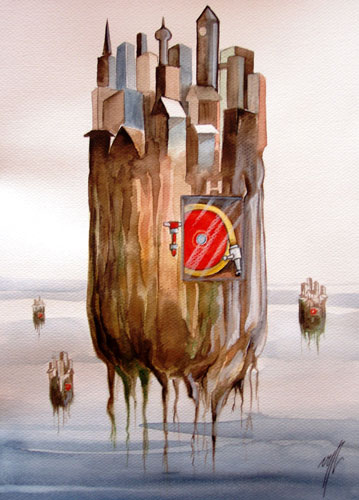 It is not an easy job to sum up Norbert Van Yperseele 's career as a cartoonist in only a few lines. He has being active for quite some years now in the cartoon world, but there were times that this was different. 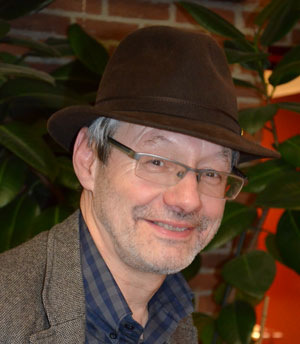 Having finished his classical education at secundary school, Norbert completely changes direction when, without any previous artistic training, he starts studying Advertising and Graphic Design at the Sint Lukas institute in Ghent. During and after his military service, he attends evening classes for training in both Decorative Arts and Advertising at the Academy of Oudenaarde. These efforts result in first exhibitions of his sculptures and classical drawings.

The following years, Norbert's arts work is published in various newspapers. He also occasionally participates in cartoon contests. Despite his success (he is several times nominated and winner of awards), he stops his early cartoonist career in the seventies, his professional activities at the Brussels University becoming too time consuming. He nevertheless continues to be active in the artistic world by creating cartoons and illustrations for the university world.

In 2005, at his wife's incentive, Norbert regains participation in cartoon contests. Again, he appears to be quite successful and after seven years of inspired art work, numerous internationals awards and nominiations are his part. Organizations in China, Poland, Italy, Serbia, Russia and Argentina have in their catalogues cartoons signed Norbert Van Yperseele. He retains the best memories of his exhibitions in Poland and Italy. Current contributions to magazines such as De Geus, Akademos and others, as well as orders of all kind keep Norbert's enthousiasm for the cartoon alive and kicking.

The cartoon future looks bright, as end of 2012, Norbert retired from his professional life at the university. Having heaps of time ahead of him now, Norbert will certainly cheer us up with more of his humouristic work. Avanti !